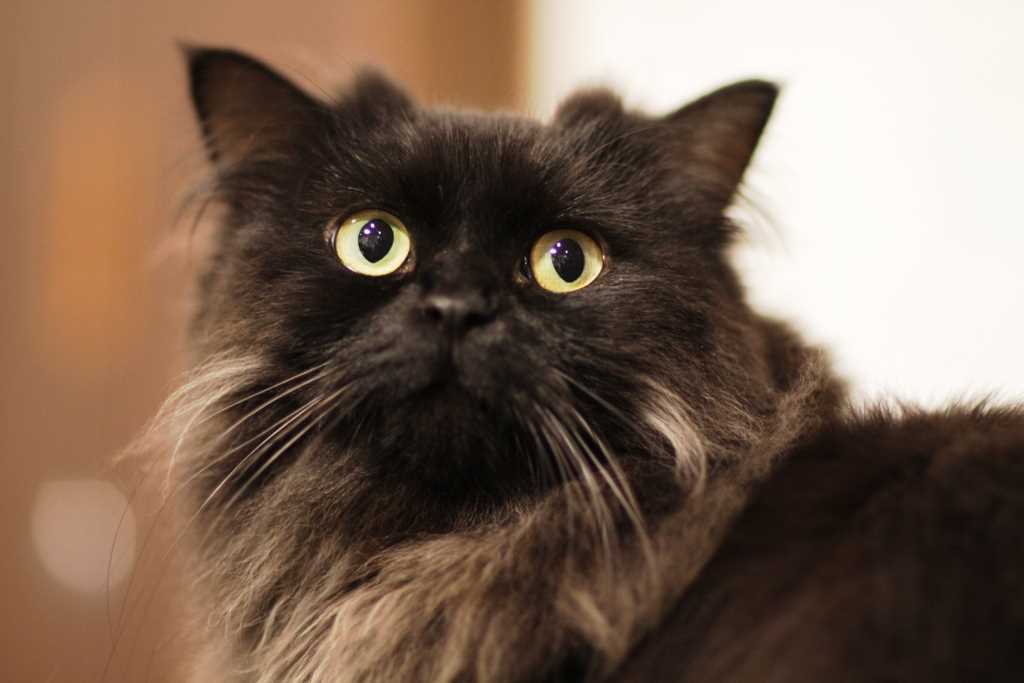 The LaPerm cat is the result of a fairly recent spontaneous mutation. In 1980, on a farm in Oregon, USA, owned by Linda and Richard Kohel, a common brown cat gave birth to six kittens. Amongst them was a kitten with almost no fur and large ears. The kitten, who was named Curly, grew up and over the months developed a curly coat that covered her entire body. Following an accident, the kitten was brought into the home for care, and it was then that her extremely affectionate and intelligent character became apparent.

When she recovered, she gave birth to 5 kittens, all hairless at birth and after a few months they were covered with the same curly coat as their mother. There were several cats on the farm, not sterilised, which were mainly used to keep rodents at bay, and on the farm they multiplied, giving rise to a breed of strong and beautiful cats, with an unusual coat, which when brought to an exhibition aroused increasing curiosity.

In 1995 a real breeding programme was started for the breed, which unfortunately is almost unknown in Europe today and there are very few breeders worldwide.

Character of the LaPerm cat

Due to its wonderful character, this cat is suitable for everyone, the elderly, single people, large families, children and other cats and even dogs.  It is very curious and playful, and prefers high places where it likes to jump (including over its human’s shoulder), from where it can observe undisturbed everything that happens around it. Intelligent, it can learn easy games, how to open drawers and doors, it likes to play with water and, if it is used to it, it can also go around on a lead.

He is an active cat, so he likes to be outside, perhaps climbing trees, but he does not disdain long sleeps on the sofa or on his human’s lap. In fact, he always seeks contact and is very affectionate with his favourite human, but also with all the other members of the family.

He doesn’t meow much, but when he does, it sounds more like a bird trilling than a meow. It is usually to attract attention and request cuddles, as he can never have enough. He has no problems with strangers, as he has been used to them since childhood. It is said that he does not deny his friendship even to the vet.

Appearance of the LaPerm cat

The LaPerm is a medium-sized cat, with the male weighing up to 5 kilograms and the female usually 3.5 kilograms.  Its body is compact and muscular, but it is a very elegant and well-proportioned animal. The legs are slender and give it an athletic appearance, the tail is fine and long, well furred.

The head is wedge-shaped, with curled eyebrows and whiskers, with rounded contours and a prominent muzzle.  The ears are also curled on the inside and are not very large but well spaced and wide at the base. The eyes are large and very expressive, yellow, copper, green or blue in colour.

In the coat the consistency of the hair is very soft and can be short, wavy, very thick, or semi-long but always very soft and curly. Its peculiarity, however, is that it is always fluffy. Its colour can be very varied: black, white, chocolate, cinnamon and all shades of grey/blue, lilac, cream and fawn. As for the design, it can be plain, tabby, two-tone, striped and spotted.

Health and care of the LaPerm cat

It is a very long-lived cat, easily reaching 20 years of age, of rustic origin it generally enjoys good health, and there are currently no health problems or genetic disorders related to it.

It needs to do enough physical activity otherwise it risks gaining weight, so it is good to control the daily amount of food given, recommended by your vet.