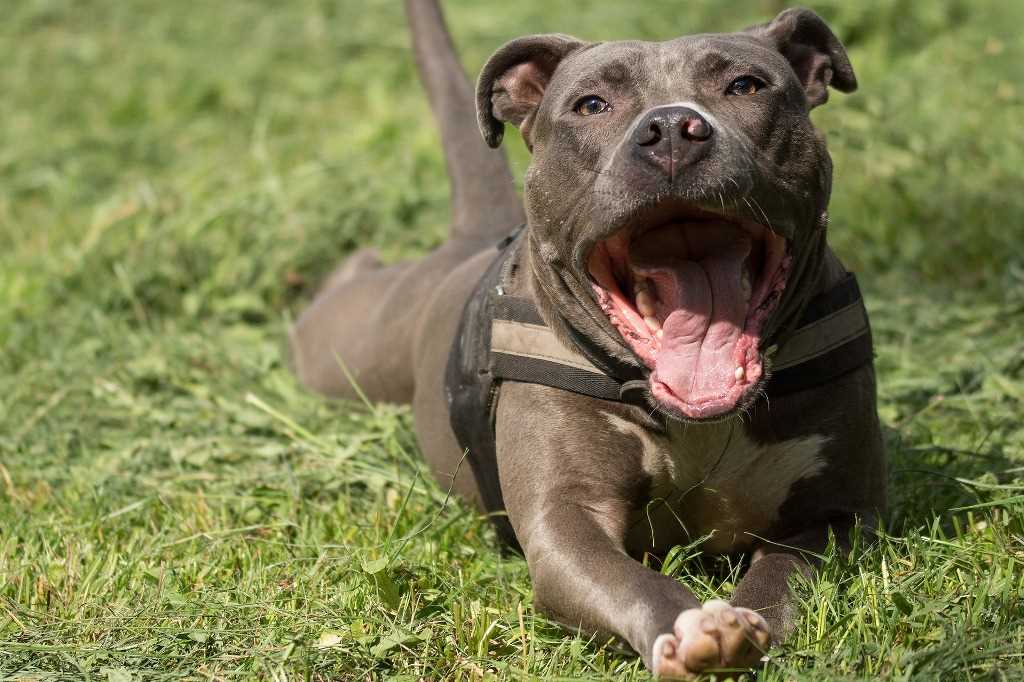 The American Pit Bull Terrier dog breed, or more simply Pitbull, is one of the most famous breeds in the world. Its origin is quite doubtful and it is thought that initially they were used as dogs to control cattle and pigs and other animals in farms and slaughterhouses, then also as guard dogs, big game dogs and finally as fighting dogs.  This is talking about the origins, but to get to today’s standard it took several changes and crossings.

The changes began for this breed between the end of the eighteenth and the beginning of the nineteenth century, when the work of the breeders focused on a breed imported from Ireland the Bull and Terrier. At that time in the United States there was a massive invasion of Irish people fleeing the mother country because of the potato plague, which caused a severe famine. The Irish brought with them their dogs and unfortunately also the shows connected to them, very much in vogue in Ireland, unknown in the United States, but soon these took hold, gaining great popularity.

In Great Britain and in Ireland in fact, this molossoid terrier, was used for bull and bear baiting, which were dog fights with bears and bulls and rait baiting, where the dog was introduced in a space with many mice that he had to kill. These bloody practices were outlawed and the fights were declared illegal to make way for dog fighting, which was easier to organize.

When in 1936 these fights were declared illegal, some breeders began to select the American Staffordshire Terrier breed, starting with the Pittbull and for many years it remained with this standard, but lately breeders have proposed to soften the character traits by eliminating aggression and favoring aesthetics instead.

There are, however, two schools of thought in America for the breeding of this dog, one, as I said before, to eliminate aggression and favor aesthetics, the other aims more to raise them as fighting dogs, favoring courage, temperament and determination.

When we talk about Pit bulls, we immediately think of an aggressive breed, surely it is not an easy breed to manage, but if properly trained they turn out to be anything but.  It is a tenacious dog, brave and loyal to its owner.

Training is essential with the Pit Bull Terrier; this dog needs a master who is a very firm point of reference, who knows how to be respected and when needed has a pulse, but never act aggressively nor reward bad behavior, it is just a wrong education that can trigger aggression towards other dogs and even towards people.

It is an intelligent and lively dog that loves to play, especially with children, with whom it has a lot of patience. It is an excellent guard dog and at the same time a good companion to be with the family.  It is not very accommodating towards other dogs, especially with those of the same sex, a good socialization from an early age can sometimes be enough to get him to get along, other times, especially if he meets an alpha dog, not. With humans it is much less aggressive, on the contrary, even with strangers, especially if they are sympathetic, it immediately establishes a relationship of friendship.

The American Pit Bull Terrier also has many other qualities, it is an excellent towing dog, it is used in the search for missing persons and in pet therapy with children and is very good at agility dogs. However, it needs space in the open air and movement.

The American Pit Bull Terrier is a medium-large dog, the weight for males can reach 27 kilograms, in the female 23. It is very robust and even a little stocky, muscular. The body is slightly longer than high, the chest is very wide while the legs are rather short and the tail is not very long.

The head is flat and square, the jaws very large with prominent cheeks. The eyes are set rather low, are not large and can have all kinds of colors, but are normally brown or green.  The ears are positioned high and are normally erect or semi-erect. Its expression is serious and alert.

The coat is short-haired, shiny and dense, a little rough to the touch and can be of one color, but also two or three colors.

This breed does not suffer from any particular health problems, they can however suffer from dysplasia and ataxia. It is advisable to pay a lot of attention to their oral hygiene, in fact, they should be accustomed from a young age to have their teeth brushed every day. This breed has an average life expectancy of about 10 years.

As far as nutrition is concerned, it is good to keep the Pit Bull on a controlled diet as it is a dog that tends to become obese if it does not get enough exercise.

For grooming it is very simple, just brush the coat once a week to keep it shiny.