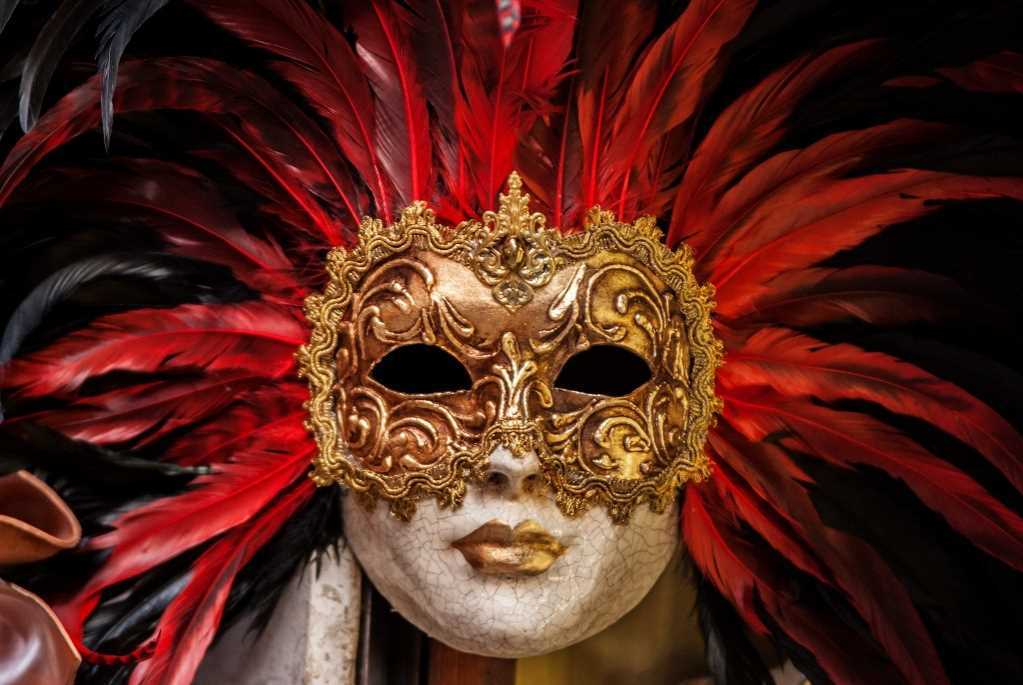 We are in the middle of carnival and in many countries and cities of the world the events related to this period are multiplying. The carnival is celebrated in many parts of the world with sometimes very different modes and events.

The carnival has origins very far in time. The carnival period in the Christian religion precedes Lent, which as the name says is a 40-day period before Easter. In the period of Lent, a lot of fasting was practiced, not eating meat and processed foods, so we were preparing for this sad period with lavish banquets and celebrations that lasted several days.

Carnival days run from Thursday to Tuesday of the week after and these days are called Fat Thursday and Fat Tuesday. Fat Tuesday is the last day of carnival. In these celebrations as early as the eighth century it was customary to wear a mask on the face, social orders were subverted and the fact of wearing a mask led people to behave as they would not behave in daily life.

But the carnival has even more distant and pagan origins. In ancient Rome in February the Lupercali were celebrated, which were a celebration to hope for a fruitful and fertile new year.

After the story, let’s now tell the craziest, most beautiful, most unscrupulous carnivals in the world.

The most famous carnivals are the carnival sofas in Nice, Venice, Viareggio, the Barcelona and Madrid carnivals and the Rio De Janeiro carnival. In addition to these there are some peculiar and strange carnivals in various parts of the world. One of these is in Italy, the Carnival of Ivrea.

The Carnival of Ivrea is one of the oldest in Italy and still preserves a centuries-old tradition, the battle of oranges. There is a parade of wagons, above each wagon there are men with padded clothes, with terrifying leather masks with iron grates to repair the face. It is the arancieri, who have on the wagon a good deal of oranges to throw at the arancieri on foot, who have no protection to protect them from the blows of those on the wagons. The latter, in greater numbers than those on the wagons, have open costumes in front to be able to carry a more or less large stockpile of ammunition to throw at those of the tanks. After the stocks are finished they do not hesitate to collect and pull what they find on the ground.

This battle takes place the last three days of carnival,in the afternoon, and attracts a good number of tourists who are protected by high nets placed along the way of the procession, since not a year passes that some oranges do not have to get medicated in the emergency room. It should be noted that the oranges used for battle are of a variety that is not good to eat and that all that remains from the battle, that is, the remains of oranges, are used as fertilizer.

The longest carnival of the year takes place in Uruguay, lasting forty days. Dancers with quirky and colorful costumes are unleashed on the streets of Montevideo, in a carnival that has nothing to envy to the most famous one in Rio de Janeiro. The processions move to the rhythm of the Candombe, punctuated by the sound of African drums.

The funniest carnival is that of Torelò in Spain, there is a lot of chaos and you drink heavy especially during the day of men and women, when you exchange roles and men parade through the streets dressed as a woman, even in very succinct clothes.

Also in Spain, up in the north, the Carnival of Avilès is very well known, where the festival really flows in rivers, given the amount of foam that floods the streets and squares of the city.

Instead a rather strange carnival takes place in Belgium in the city of Binche. On Fat Tuesday it is tradition for the men of this city to wear a mask called Gilles. So the strangeness of this carnival is that hundreds and hundreds of masks are all the same. This mask can only be brought to this city and only on Fat Tuesday.

Beautiful to see is the nice carnival, famous for its floats full of flowers that are thrown onto the crowd by masked girls. These floats are real works of art built with flowers. In the parades there are also floats inspired by particular themes. This year the show is inspired by the theme of cinema, the floats will parade following the rhythm of street artists and music groups from all over the world.

One of the most famous carnivals is Viareggio in Italy. This carnival is characterized by huge floats of papier-mache, some as high as twenty meters. Often satirical floats, inspired by current events with caricatures of politicians and personalities from the world of entertainment. These mammoth wagons are prepared in months of hard work and every ward in the city has its own. Also very characteristic are the carnivals of the wards that take place on the Saturday night before the parades.

The most classic and serious carnival is that of Venice. Here the art of masking reaches sublime levels. Walking through calluses and alleys on the canals of the city you will meet ladies and knights with glitzy and colorful costumes. The incognito that gives you disguise is the very essence of carnival. Just a costume and a mask and you get rid of prejudices and your own habits. By concealing one’s identity, one is free of belonging to social classes, sex, religion. It attracts many tourists to the Venetian feast on the water, where a parade of boats on the Rio of Cannaregio amazes thousands of tourists and visitors with colorful structures and beautiful masks. A party that starts on Saturday evening and continues on Sunday morningalways with parades on the canals.

The famous carnival in Rio de Janeiro, where groups of dancers in shimmering costumes are the main show in this roundup. And the music, the samba is the king of this feast. The Rio carnival is celebrated in five days from Friday to the following Tuesday, called Fat Tuesday. It is called by many the greatest show in the world. Until about 30 years ago the carnival was held in the streets, then given the large number of tourists that this event recalled, the sambometer was built. It is a kind of immense stadium that can accommodate up to 80,000 people plus the approximately 30,000 participants who perform on the track. In the city of Rio there are twelve samba schools and each of them set up a unique show with sensual and blazing costumes to the dragging sound of samba. Each school also has floats and incredible scenery. A group of forty judges closely observes the performance of each school to decide the winner that will be announced on Ash Wednesday.

The Carnival however it remains and will always be the celebration of joy, carefreeness, freedom and even you for a few days or for an evening you can be who you want in a world without prejudice and all this for a mask that you put on your face and that allows you to be different and if you v we’re also a little crazy. But that’s the beauty of the carnival.