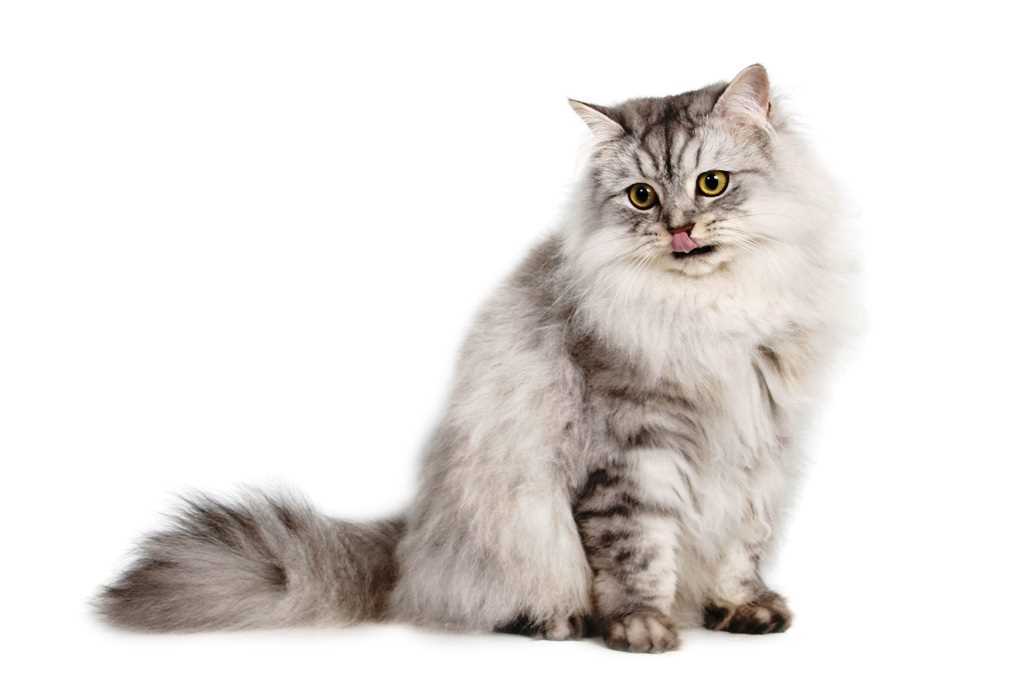 The Nebelung Cat breed is quite young and also rare. It was an American breeder Clara Cobb who first identified the ancestors of this breed in the offspring of a male Russian Blue and a dark short haired domestic cat that had long haired ancestors. To create this new breed Clara Cobb asked for the help of a geneticist from the American Cat Association, Dr. Solveig Pfleuger. Basically they created a Russian Blue with long hair. The name Nebelung comes from German and means “creature of the fog”, because of its intense grey color. A curiosity: it is said that this name derives also from the first two cats that gave life to this breed that were named like the protagonists of the Nibelungenlied that is Siegfried and Brünnhilde.

Breedings of this breed are very few all over the world. In Italy there is only one and amateur.

Character of the Nebelung Cat

The Nebelung cat can be defined without any doubt as the classic apartment cat. It is lazy and loves to spend long hours sleeping preferably in a comfortable and warm place and on his master’s lap.  It has a mild, sweet and affectionate character, with all members of the family, but especially with one it establishes a relationship of exclusive love and follows him everywhere. He is however a lively and active cat, but only when he decides so. And when he decides to be active, he loves to run, climb and play with family members. It is not a cat that likes to be alone, so it is not suitable for those who would leave it alone for most of the day.  The lack of attention may cause him to suffer from anxiety and to become very fearful. Despite this, when he is left alone he hardly causes trouble, in fact he respects space with elegance and delicacy.

He meows very little and has a sweet and soft voice. However, it is very wary of strangers, so much so that it hides when they arrive and does not like their cuddles and attention. His mild nature hides, however, a great intelligence, but it is also a bit capricious and demanding. He has his own timetable for everything and does not like changes in his daily routine. For him, a change of home or some rather strong upheavals would be a drama. He is not very suitable for families with children as he does not like confusion and is quite independent and as I said, he plays yes, but when he decides.

Appearance of the Nebelung cat

The Nebelung cat is a feline of medium size, the male can reach 6 kilograms, the female two less. It is a long, muscular cat with a thin bone structure. It is very elegant and harmonious in its movements, it has a long neck and thin limbs which end with small and oval paws.

The head, covered with long and thick hair is of medium size with a slightly rectangular shape, pointed and sharp on the muzzle. The ears are straight, quite large and pointed, the eyes are almond-shaped, well spaced, of a beautiful emerald green color. The tail is long and with abundant fur, thicker at the base.

But its charm comes from its coat, long, silky and soft to the touch, gray with silver highlights, in fact, the end of the hair has a silver coloring that gives it a brilliant appearance. The undercoat is waterproof and is in turn covered by a thicker coat.

Care and health of the Nebelung cat

The Nebelung cat is a very rotund and healthy animal and has a life expectancy of 15 to 18 years. Deriving from the Russian Blue, like its cousin it may suffer from bladder stones. There are no reports of hereditary diseases, but being a relatively young breed, it is not certain what diseases it might suffer from. However, the normal cures and visits to the vet for all breeds of cats, are also very good for the Nebelung; special attention should be paid to oral hygiene.

As far as the care of the coat is concerned, being long it should be brushed at least once every two days, it loses enough hair even if it is not in the moulting period, for this reason it is good to take care of its coat to avoid that by cleaning itself it swallows too much.

For its mental health it is imperative to be pampered, much more than other breeds of cats.