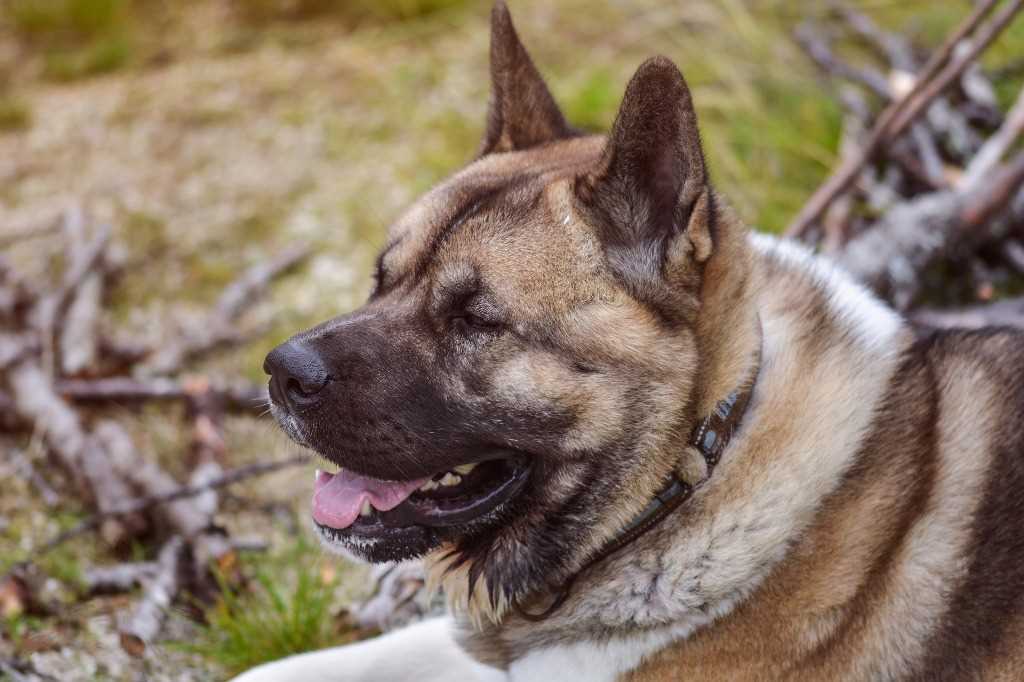 The history of the American Akita dog breed is fairly recent, although the strain of this breed is very old. Initially, this breed developed in the mountainous region in the north of the island of Honshu, in the prefecture of Akita, from which the breed takes its name. We are now talking about the Akita Inu, a Japanese dog breed, which has undergone variations over time due to wars or fashions of the moment.

In fact, the Japanese Akita Inu was used for big game hunting of deer, wild boar and bears, but in the eighteenth century it was crossed with Mastiff and Tosa molossi to create dogs more suitable for fighting, as dog fighting was very fashionable at the time. Fortunately, in the early 19th century dog fighting was outlawed and abolished and the Akita continued to be bred as a Japanese breed. So much so that in 1931 they were officially declared a national monument by the Japanese government.

Unfortunately, during the Second World War all dogs, with the exception of the German Shepherd, which was used for military purposes, had to be put down in order to provide clothing for the soldiers with their fur and food with their meat. This breed as well as many others was almost extinct during this war, but fortunately some animals were saved by taking them to isolated villages and crossing them with German shepherds, in order to circumvent the law.

From these matings the American Akita was born, as some specimens were brought to America by American soldiers returning home. While with the Akita Inu in Japan, an attempt was made to restore it to its original purity.

The difference with its ancestor is that it is larger, heavier and more powerful overall than its Japanese counterpart. In America this breed is also used as a police dog or guide dog.  In the 20th century the breed became even more famous thanks to the story of Hachikō, who waited for 10 years every day at the station for the return of his master who had unfortunately died. A film was made of this story and a statue of the dog was placed in the Japanese station, in the exact same place where Hachikō waited for his master.

Character of the American Akita

As Hachikō’s story shows, loyalty to his master and his family is his main characteristic. It is also an intelligent, alert, sweet and affectionate animal, but it will only become so if it is accustomed to socialisation from an early age. Its training is not the easiest, it is a very territorial dog and this often makes it particularly protective of its family, and it also tends to take over if a pack leader relationship is not established with it.  He must understand who is in charge, but at the same time his trust must be won and not by force. In fact, they prove to be infinitely stubborn if forced.

They do not get on very well with other dogs, especially of the same sex, so here too early socialisation is essential. They are excellent watchdogs, vigilant, attentive and wary of strangers. They are very protective of children, provided they belong to their family and are under adult supervision. It is not advisable to let them interact with unfamiliar children. As an excellent guard dog, any stranger entering their territory should be accompanied by their owner. They are also excellent hunting dogs, but you should always remember this. There is a risk that during a walk, perhaps in a wood and without a lead, it may smell some prey and try to catch it, disappearing from your sight. It is a good idea to get the dog used to it from an early age and never to stray too far from its owner, even if it is left free.

The Akita is also an excellent companion dog, always requiring contact with its owner. It does not suffer if left alone for a few hours and will welcome you back with joy and exuberance. It is a dog that lives well in a flat but would need a garden where it can run and play, although a few walks will always be welcome. It likes to play a lot, it has excellent sniffing abilities, it is therefore ideal for tracking, games that stimulate the sniff, it is not very suitable for agility.

Appearance of the American Akita

The American Akita is a large dog, with males weighing up to 60 kilograms and females weighing up to 35 kilograms. There is a large difference between the male and female, the male being recognisable at first sight.  It is a proud and distinguished looking dog with an imposing bulk. The bone structure is heavy and the body is muscular and powerful.

The tail is high, very thick and carried coiled on the back or on the side. The head is massive, well-proportioned and triangular. The eyes are small, dark in colour and almost triangular. The ears, also small, are placed high on the head and are slightly inclined forward and rounded at the ends.

The coat is double and semi-long, with a thick, soft and dense undercoat, while the cover coat is straight and a little stiffer. Generally the undercoat has a different colour than the coat. The coat can be of any colour such as red, fawn, white, sesame, brown, even spotted or striped; many dogs also have a black mask.

Health and care of the American Akita

The American Akita is a robust dog that is not prone to major health problems. Its life expectancy is 12 to 15 years. It is not afraid of the cold and adapts to colder temperatures without any problems.   However, it is highly susceptible to skin eczema and excessive sebum production. It can also suffer from food intolerances and is not a fattening breed, provided it takes adequate exercise, but a balanced diet is essential.

The American Akita moults twice a year, on these occasions it loses a lot of hair and should be brushed two or three times a week, otherwise once is enough. The ears, eyes and skin must be cared for and cleaned regularly. A few baths per year are necessary, only when the dog is very dirty.