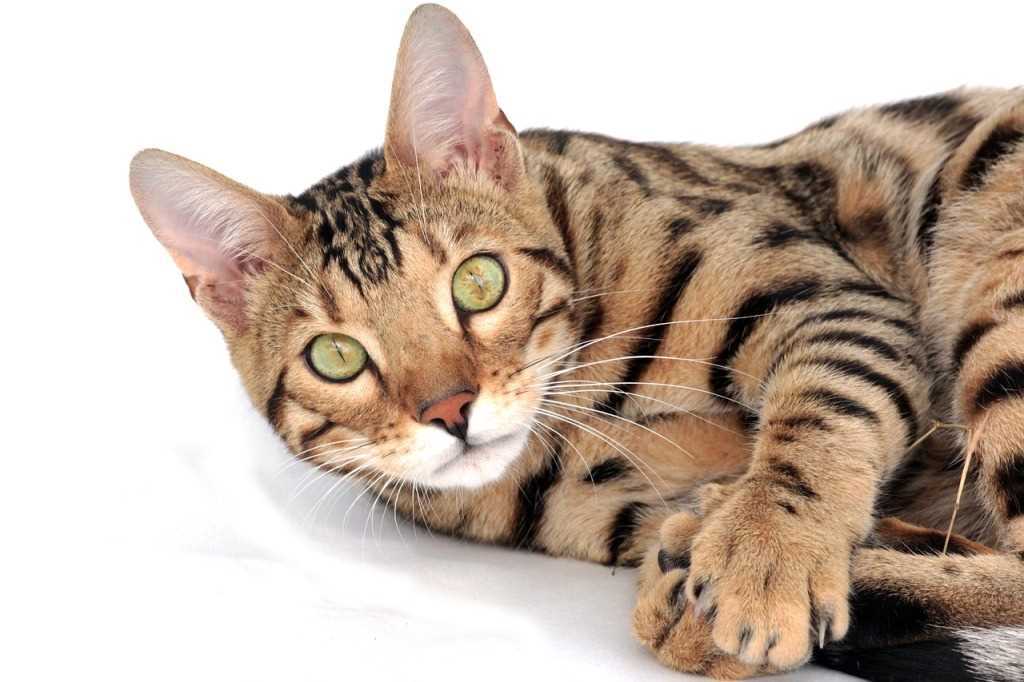 This feline breed is relatively recent; It was not officially recognized until 1991. And a hybrid breed created in the United States, where a common black domestic cat was crossed with an Asian leopard cat, which is a small wild feline spread in Southeast Asia. The aim was to create a domestic cat that looked like a small leopard. The first specimens were still a bit wild, so they were still paired with domestic cats until they could have a really good cat. The Bengal cat is therefore a beautiful miniature leopard, whose need for movement and freedom must be respected, but is very friendly with its humans. It is a lively race full of temperament, precisely because of its hereditary heritage. He is attentive, curious and sociable. Particularly responsive, he loves interacting with all family members. It is able to show interest in any activity involving family members. It is one of the favorite animals, in the feline world, for even small children, with whom it is very affectionate, protective and playful, enduring very well even very lively and noisy children. He is very curious about strangers who can enter the house, with whom he immediately befriends, if paid. He is able to share his daily life with other animals, with whom he is able to develop a relationship of mutual respect and very often also of affection.

The Bengal-bred cat is often larger than ordinary domestic cats, are curvy and athletic felines and weigh up to 7/8 kilograms and be up to 70 centimeters tall. The head is slightly smaller than the body, with high and prominent cheekbones and with large almond eyes that can be green or blue. The hair is very soft to the touch and of length from short to medium. The coat is spotted with warm colors ranging from chocolate to cinnamon. One of its peculiarities, unlike many other breeds, is a cat that uses a lot of voice. It’s often used to draw attention to itself, or to request food, and it can be quite annoying if it’s ignored. She really needs to do physical activity, so she is not a cat very suitable for apartment life. He really likes to climb trees, run and jump and he’s very athletic.

It is a rather long-lived breed and the Bengal cat is a very robust cat and is also one of the hypoallergenic cats, ideal for those who love cats, but are allergic to their fur. It manages to keep itself clean and does not need repeated brushing, just do it once or twice a week. For the diet, it is a cat that tends to eat a lot, because it also consumes a lot being often and willingly on the move, if it is possible.