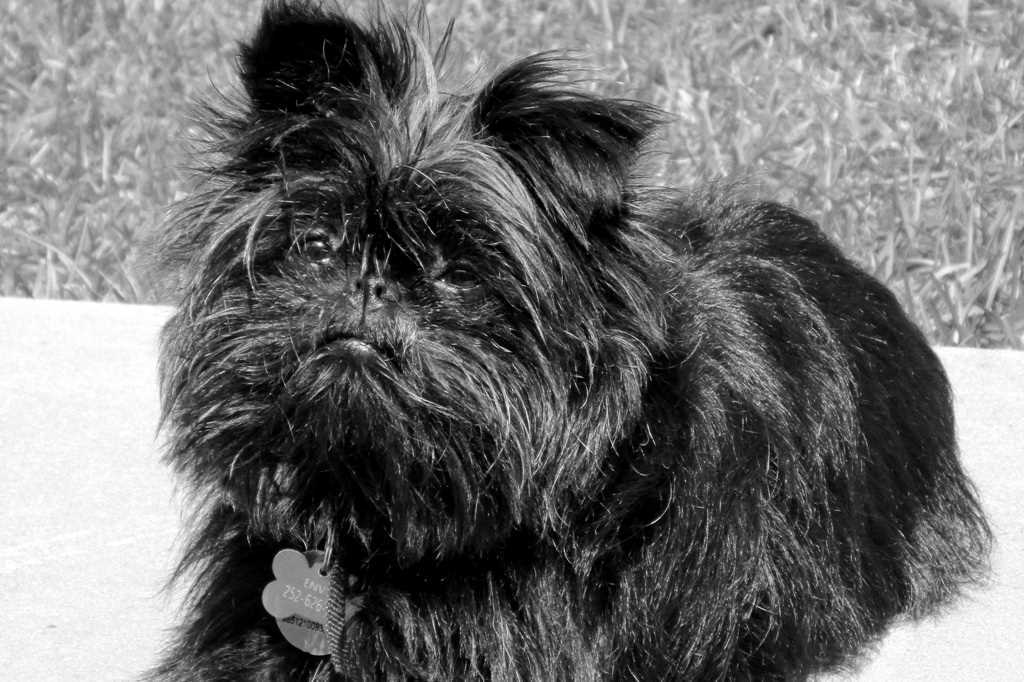 This is a very nice breed of dogs, however, it is not a very widespread breed although it is not understood the motivation. It is a fairly suitable dog for children, very affectionate, loyal and faithful. It is not particularly predisposed to obedience but still falls within the normal parameters of a pet dog.

This breed had origins in Germany where it was quite widespread in the twentieth century. He has always been selected by hard-haired pet dogs. The arrangement of the hair and the shape of the snout recalls the appearance of a monkey in fact the name means own dog from the ground with monkey face.

This breed has a character very similar to terriers, with these dogs sharing the predisposition to movement and sweetness. He has a tendency to become very fond of his master who follows wherever he goes. Being a purely companion race, it suffers a lot from loneliness and therefore should never be left alone at home whole days. With terriers, it also has the built-in alarm system in common. That is, it snaps at any strange noise and alerts the entire neighborhood. This feature makes it a dog much appreciated as a dog alarm by the owners and a little less by the neighbors. He is also a very effective hunter, in the beginning, when the hygiene of the houses was not the current one, he identified the small rodents and made sure that they did not infest the farms too much. Another feature in common with terriers is that it is a stubborn, bold and ruffian dog.

There is no single parameter to measure intelligence that is undoubtedly partly the result of selection but also of a subjectivity and stimulation that the dog has throughout its existence, especially as a puppy. We don’t like statistics and it’s definitely not the purpose of this article to correlate the intelligence of a particular race. Scientists from many parts of the world have done so though, but we’ll talk about it in another article.

He is still a dog intelligent enough to be educated by an experienced hand but will hardly transcend his nature. Simply put, it is a pet dog perfectly able to adapt to the family but it must be socialized a lot especially with the other dogs.

With an affenpinscher in the house there is no need to worry if you have children as long as they are not too small and as long as there is an adult to watch. It’s not a very patient dog. The discourse changes with the various objects that this can find around that could destroy puppy species. Normally, being a pet breed, many people adopt it thinking they can always leave it alone in the house. This is never true under any circumstances and for any dog. Affenpinscher also has an imperative need to move and play, perhaps with children.

As we mentioned earlier, since most likely this breed was initially made from rough-haired terrier-like hunting dogs, it retains its predisposition for hunting in accordance with its size. It is very suitable for the family if followed as a puppy by an experienced educator.

Hair care is very important for all dogs and especially for pets. The hair of this breed is quite challenging and every now and then a professional groomer will be required. To those who decide to keep this dog in the house, we recommend even more careful care due to the fact that it is always a dog that will have to get in touch with all family members, including the youngest. We recommend at least daily grooming and much more frequent during the moulting period.

Although it is a molossoid, it is still a small dog and it is therefore enough to feed it as a puppy with special feed three times a day and as an adult twice a day. We advise you to feed it at different times than yours otherwise it will acquire the ugly habit of begging for food. It is enough to resist the temptation to feed him while he is having lunch to prevent him from demanding it as an adult. During the moulting period, it is recommended, in accordance with the veterinary regulations, an integration of mineral salts.

Like any pet dog, we recommend regular intimate hygiene through special wet moist handkerchiefs and deep dental hygiene. In fact, because of the particular conformation of his teeth could develop tartar. It is also a very delicate dog from an intestinal point of view and it is for this reason that we recommend special feed for small dogs.