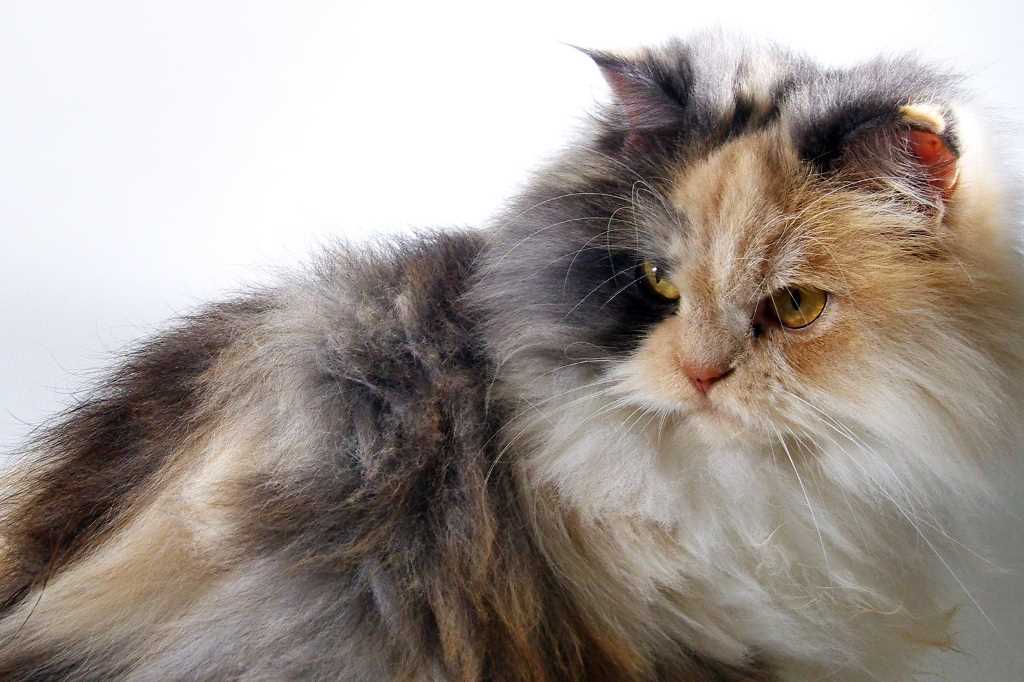 The Angora cat, is estimated by some scholars as the oldest breed of cats in the world. This species is native to Turkey and more precisely from the city of Ankara, from which also derives its name because in the antiquity Ankara was called Angora.

They began to arrive in Europe is thought around the XXVI century, as a tribute to the nobility and royalty, by Turkish sultans. Fabri de Peiresc imported in France the first specimens of Angora cat and this feline managed to win the love of Louis XV, as evidenced by several portraits where the King is painted with his faithful Angora Cat called Brilliant next to him.  This breed however depopulated for a long time in the upper classes of all Europe and America was brought too.  However, the Persian breed made the Angora cat pass in the background and the quantity of these cats decreased also in Turkey itself.

In the zoos of Ankara and Istanbul few specimens were kept to preserve the continuity of the species and in the period between the two great world wars, the breed in Europe and America became extinct. It was only in the 50’s that a breeding program was started and until the 90’s only those with completely white hair are recognized as Angora cats, while afterwards they were recognized as belonging to this breed even with different hair color.

Stories and legends about Angora cats

On this beautiful cat there are many stories and also legends born mainly in Turkey, but not only. For the Turks it is considered a sacred animal. A popular belief wants in fact, that it is the reincarnation of the great statesman Ataturk, considered the father of the Nation and very dear to the Turks.

Another legend always Turkish recognizes to this feline the magical power to realize the desires that are whispered in his ears.

The same Muhammad is said to have had an Angora’s cat that he particularly loved and the legend says that one day in order not to wake up the cat that was sleeping on his knees, he tore a sleeve of his dress. It is still said that initially Muezza, so the Prophet had called his kitten of Angora, was red, but a particularly cold winter turned white his cloak that from then on remained so.

Another story talks about Marie Antoinette in the French Revolution; it seems she owned several cats of this breed. Fearing for their lives, she entrusted them to a courtier who took them to America where Marie Antoinette herself was supposed to join them with her husband and children.  Unfortunately the queen could not get there, but the kittens did and it seems that they contributed to the birth of the Maine Coon.

Angora’s cat is a very intelligent and sociable feline. It loves to be the center of attention and enjoys being in the company of human beings even strangers.  It is very lively and curious, easily trainable, but it also adapts well to apartment life, as long as it is given attention and time to play and cuddle, which it loves in a special way.

His attention is mainly dedicated to the human being you choose, to whom he dedicates all his love and who he constantly follows. It is also suitable for children because of its predisposition to play and also for its patience.

He doesn’t like to be alone very much, so he can get into a little trouble if he doesn’t get the attention he would like. He is determined and even a little bit stubborn, if he puts his mind to something, there is no way to induce him to change his attitude.

Given his love for adventure this cat needs space outside, but completely safe, because curiosity would push him to go away even a lot and the confidence he has in every human being leads him to purr and follow anyone worthy of attention. It is good therefore having a cat of this breed to equip it with a microchip, in order to be recognized with certainty in case of loss.

He loves in a particular way family life and family, he also lives well with other pets but tends to dominate, his motto seems to be: “the more we are, the better” because he likes both people and animals especially if there are many.

Of sinuous and elegant appearance, this cat is also agile and snappy. Although it is of medium size, in fact the male reaches 5 kilograms and the female 3.5 kilograms is definitely muscular. It has long and thin legs, slender trunk and very long and bushy tail.

The head is oblong with soft features, the nose is medium long, the neck slender and graceful. The eyes are large and almond shaped, very expressive, slightly tilted upwards. In angora cats the eyes can be any color from green to gold, copper, blue, two colors.  There is no correlation between eye color and hair color.  The ears are large, long and pointed, with tufts of hair on the tip.

But it is the coat that distinguishes this breed and makes it different from other long-haired cats. Angola’s coat is semi-long, silky, very thin and completely without undercoat. The hair of the tail and gorgera is visibly longer, the length and density varies depending on the season. Very thick in winter, much shorter and rare in summer to adapt to the climate that has very hot summers and cold winters of the Anatolian and Caucasian mountain regions.

As I have already said until the 90s the Angora’s cat was only white, after that more than 20 different colors ranging from black to red, blue, tabby, lavender, cinnamon etc. were allowed.

Health and care of Angora’s cat

It is a strong and healthy feline breed. She hardly ever falls ill and has exceptional recovery capacities. The white specimens with blue eyes are often deaf. White cats with eyes of two different colors can often go deaf in one ear. It is a hereditary deafness linked to the color white.

Another pathology related to the breed is the eosinophilic granuloma: currently, however, there are specific tests that detect the genetic presence and, gradually, we are trying to breed specimens that do not have this disease.

It tends to get fat, so it is good to regulate the diet. Crunchy and once a day and supplement with wet food based on meat or fish.

As for the hair not having undercoat does not form knots so a brush once a week is more than enough. Only during the period of the wetsuit it must be brushed several times a day because it tends to lose a lot of hair.