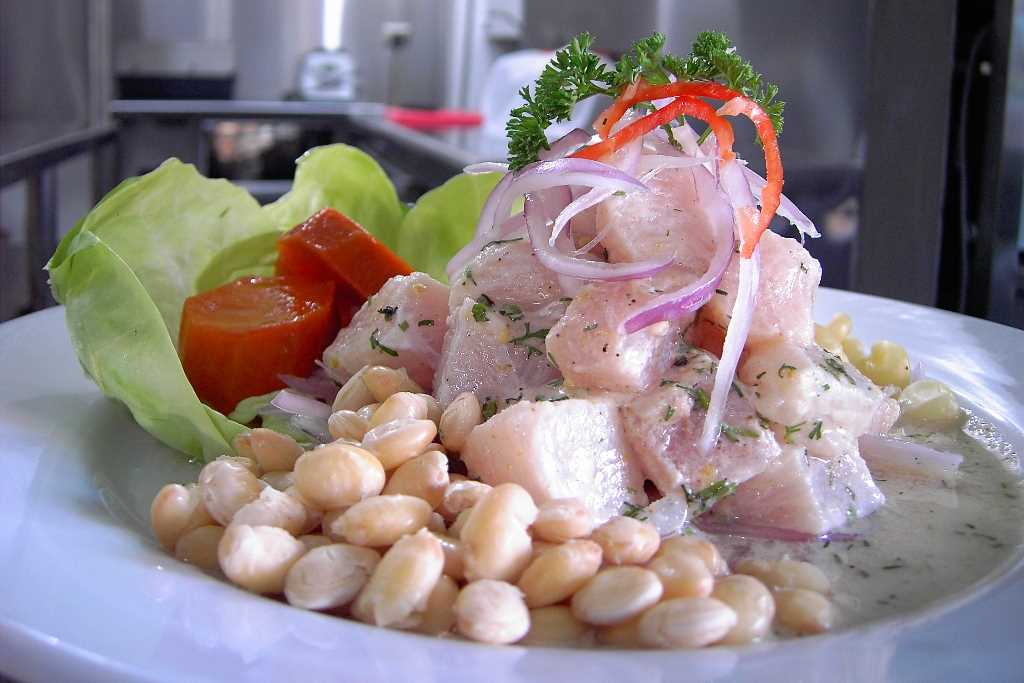 Ceviche is not a dish originally from the Philippine islands and so this recipe is a variation that a friend of mine, directly from the Philippine islands, kindly sent me. The aesthetics of the dish is a bit different from the one shown in the photograph but I could not find better ones that could be freely used. The important thing is the taste however even if the eye wants its part.

A little history about Ceviche

The most reliable hypothesis about the origins of this dish is that it was invented in Peru. By using some exemplifying terms, it can be said, even though improperly, that Ceviche is a sort of sushi which was invented in periods preceding the Inca civilization.

Of course it should also be said that in ancient times, cooking food was not very popular and also for this reason the average life span was much shorter. For this reason, I do not think it is the case to make a crusade because it is obvious any place has the tendency to romanticize its traditions as unique. I’m not saying this is the case, I’m speaking in general of course.

Ceviche Ingredients from the Philippine Islands

Although the recipe was sent to me with the so-called imperial measurements, I preferred to convert them to the international system so that everyone, especially Europeans, can understand the proportions without too much difficulty.

Preparing Cheviche from the Philippine Islands

The dish is ready, there is no need to cook and it is quite simple. Of course, legumes or other types of sauces can also be added to this dish. It seems to me a very healthy, simple and healthy dish.

Personally, I haven’t tried it yet, but if I can find a trustworthy fishmonger with a blast freezer I will try it. Be very careful because it is imperative that things are healthy, free of micro organisms and fresh.

As my friend told me, vinegar should also have the function of eliminating many pathogens but you never know because there are many that are resistant to acidic agents and in any case the marinating may not involve the entire mass.

I am grateful to this friend of mine who allowed me to discover this dish that I did not know and that I will definitely try. And have you guys tried it? Let me know in the comments. A hug my friends.