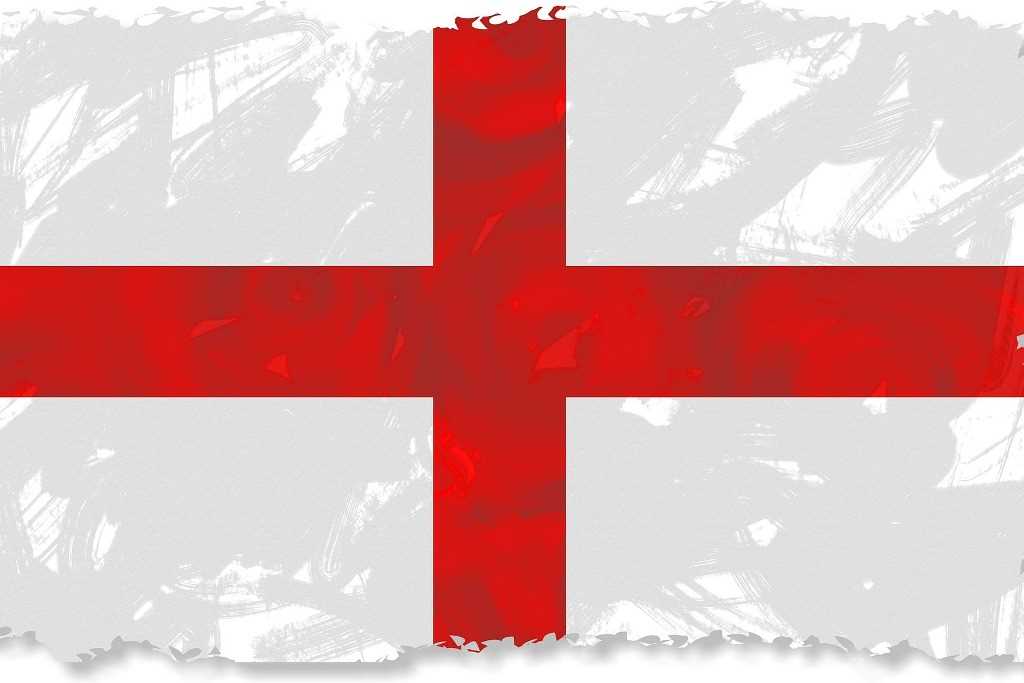 Not everyone knows that the cross of St George, which even today identifies England throughout the world, was not invented on the island of tea (it did not originate there either), but rather on a peninsula: Italy.

Speech from Shakespeare’s Henry V ‘Once more unto the breach, dear friends’, ending with the battle cry, ‘God for Harry! England and St George!”

Legend has it that a knight named George, promised the King of the city of Selem in Libya, that he would save his daughter from the wrath of a dragon if all the people were baptised. Everyone converted and the knight killed the ‘monster’.

This legend caught on among the troops engaged in various battles, and at the same time a red cross on a white background stood over the maritime republic of Genoa. In ancient times, before the unification of Italy, the peninsula was divided into a number of small independent republics, but they were usually closely linked in some way.

The republic of Genoa extended its important influence over many centuries in several regions and nations as we shall see later.

The cross of St George soon became the symbol of the Knights Templar and of the Crusades in general. In particular, there is a legend that English troops engaged in the Battle of Antioch in 1098 were about to be massacred when they were rescued by the Genoese militia, later nicknamed the Militia of the Superb by Petrarch.

During the battle, Saint George is said to have appeared to the soldiers holding a white flag with a red cross on it, inciting the fighters who would later conquer the city, completely reversing the outcome of the battle.

How did St George’s cross become the English flag

Because the Maritime Republic of Genoa was an undisputed power on the seas, it caused consternation in its allies and terror in the hearts of its adversaries. The then ruler of England made an agreement to be allowed, on payment of a periodic sum, to use the ensign on his ships to avoid being attacked by pirates and enemies.

It was therefore initially a kind of bogeyman that allowed English vessels to travel safely and to exploit the fame and military reputation of the Maritime Republic of Genoa.

Many centuries later, the intervention of General Napoleon Bonaparte ended the Maritime Republic of Genoa in favour of the Ligurian Republic on 14 June 1797. On 17 March 1861, the Kingdom of Italy was born and about 87 years later, the current Italian Republic was born.

Over the years, the rent for the use of the symbol was forgotten and no longer collected.

Although England, the City of London and the Royal Navy still use and hoist the flag of St George today, it should not be confused with the flag of the Kingdom of Great Britain or the United Kingdom. The so-called Union Jack or Union Flag, is the superimposition of the St George’s Cross with the St Andrew’s Cross of Scotland and the St Patrick’s Cross of Ireland but that is another story.

As in many other areas, there are differing opinions on the attribution of the history of the English flag to Italians. There are those who argue that, since what is described above took place before the unification of Italy, the Italians cannot be said to have anything to do with the English flag.

However, there are also those who argue that, although it is true that the unification of Italy came later, physically the inhabitants of the not yet politically united Italian peninsula were in fact Italian because they had resided in that area for centuries.

I do not want to open a debate on this with this article, borders are only divisive and all human beings are brothers and equal in fundamental rights and dignity. History, however, should never be forgotten.

Not only St. George’s cross

Although I am personally impressed by the influence of this flag in the various banners around the world, it is not the only flag that has had some relevance or connection to the history and traditions of other peoples around the planet. But as I said before, that is another story, if you like, we will talk about it in other articles in the future.

Origin of the internal combustion engine