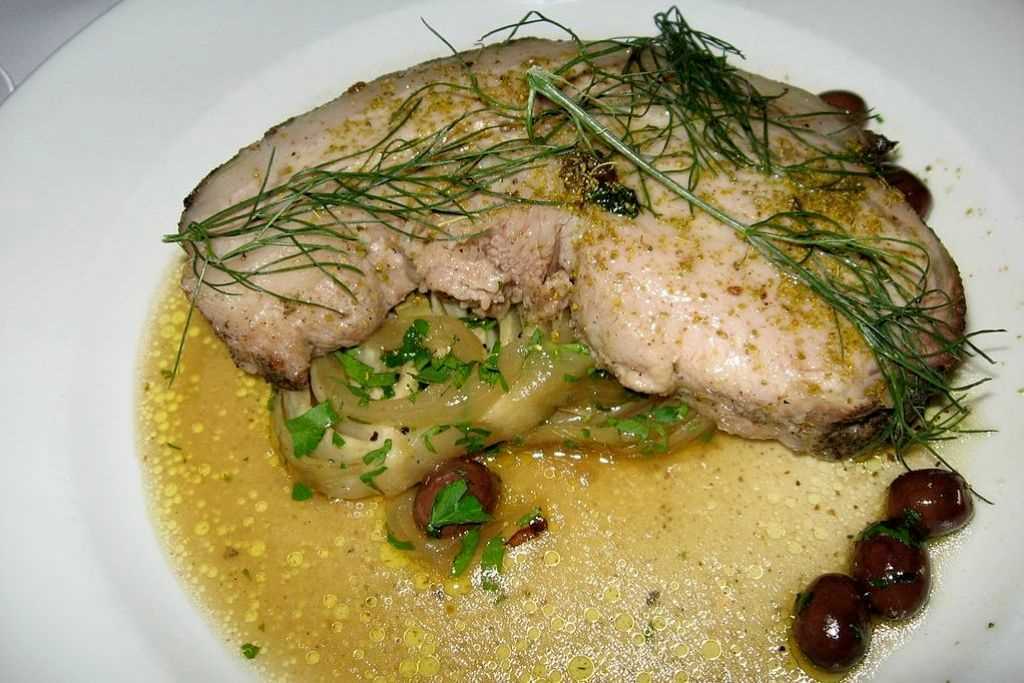 The pork arista is a piece of the pig’s back,but not only. There are several places where pieces of meat can be obtained, such as sirloin, fillet and loin. It is also prepared from the piece of ribs, removing the bone.

It can be prepared in many ways, all tasty and tasty. It is usually cooked as a whole piece, in the oven, in a saucepan with various contours.

Below are some recipes.

A second dish really tasty and very easy to prepare. As a side dish I would propose baked potatoes.

melt the butter in a saucepan. As soon as it is melted, put the arista and turn it often to brown evenly all sides of the meat. It will take about 10/15 minutes. Season with a couple of teaspoons of the chopped sage, rosemary, garlic salt and pepper. Now add the milk and cook over low heat for about an hour or until the milk has almost completely thickened. Not quite, however, because the remaining sauce will go to flavor the slices of meat when you have cut them, before bringing them to the table.

This is a somewhat laborious and quite long recipe, but the end result of this dish will certainly amaze you.

The day before we have to prepare the roast and marinate it all night. Wrap the piece of pork arista in the bacon slices and tie it with a string. Place a sprig of rosemary under the string.

Prepare the carrot, celery and onion by cutting them into not very large pieces. In a large bowl put the meat already prepared with bacon, vegetable pieces, juniper berries and some black peppercorns. Cover with beer, close the bowl with cling film, refrigerate and leave to marinate overnight. The next day remove the meat and dry it well. Leave the marinade, which will serve later for cooking the roast.

To give flavor to the meat I use a chopped sage, rosemary, garlic, salt and pepper. Then pass on on the meat a fair amount of this compound by massaging the meat with your hands to make it absorb better to the meat.

Put a few tablespoons of olive oil and the meat in a saucepan, turning it around often and browning it well from all sides. It will take about 10/15 minutes. At this point add the marinade vegetables. Cook for a few minutes and then slowly add the marinade beer until the roast is cooked. Cook for about an hour over a low heat.

When cooked, remove the roast from the cooking bottom. Blend the bottom with the vegetables with a mixer until you get a sauce. Put it again on the heat with a tablespoon of flour to thicken it. This sauce will serve to flavor the slices of cut meat, before bringing them to the table.

This is the classic way pork arista is cooked in Tuscany.

Prepare the piece of arista, possibly removing the excess fat meat and tying it with a kitchen string. Tap the meat at a regular distance over the surface and tuck into the cut pieces of chopped garlic and a few needles of rosemary. A whole sprig put it under the string in contact with the meat.

At this point in a baking saucepan put the butter and a couple of tablespoons of olive oil and brown the meat well from all sides. It’s going to take about 10 minutes. Wet the meat with half a glass of wine and let it evaporate. Now put the casserole in the oven already hot at 180 degrees for about 30 minutes, then add the other half of the wine and let cook for another half an hour. Occasionally turn the roast and moisten it with the cooking bottom. The roast pork arista is ready, wait about ten minutes before slicing the roast to bring it to the table.

Also for this recipe the ideal side dish is the potatoes in pieces cooked in the oven.

For this recipe I make a premise, that is, with regard to puff pastry. Preparing it at home is quite difficult and would deserve a recipe of its own, so my advice is to buy it ready. It is safely found in all supermarkets.

Prepare a rather fine mince with the onion, carrot and celery stalk. Put it in a saucepan with a little olive oil and fry until golden brown.

Add the meat at this point and brown well on all sides. Put the white wine and let it evaporate completely. Season with salt and pepper and after a fortnight remove the heat from the heat and allow to cool.

When it is cold, wrap the meat with the slices of bacon. With the roll of puff pastry wrap the meat with bacon and try to close it completely. Brush the surface with the beaten egg yolk and place in the oven already hot at 180 degrees for about 40 minutes.

The roast in the crust is ready, let it pass 15/20 minutes before cutting it, so the slices will remain compact. The ideal side dish for this dish are both the classic baked potatoes, and a creamy mashed potato.

A very refined second dish and also very good. The meat needs a marinade of about 3 hours so it is good, if you want to prepare it for dinner, start in the morning.

Squeeze an orange by removing the seeds. Put the grated peel of a whole orange in the juice. Add salt and pepper to the meat, massaging with your hands to penetrate well, put rosemary and bay leaf in this sauce and the meat to marinate for about 3 hours. In these three hours turn the meat at least every half hour to make it flavor. If you have more time you can marinate the roast even a whole night.

In a rather large saucepan melt the butter with the garlic clove that just golden will be removed. Add the meat already marinated and turn it often brown it all over the place. At this point put the white wine and let it evaporate completely.

Squeeze the juice of 3 oranges and add it to the balsamic vinegar and a glass of water. Add this juice to the meat and simmer for at least two hours adding a little water if the sauce tends to dry out too much.

Take the meat out of the heat and wrap it in foil. This will prevent the meat from drying out too much.

And now let’s make the sauce. Take the cooking liquid and filter it with a strainer. Add the flour, put it on the heat and make it thicken a little. The cream obtained will go to flavor the slices of meat, along with a few slices of orange, before bringing them to the table.

A dish with an unusual flavor, but one that will captivate everyone.

Peel the apples and chop them up quite small pieces. Now chop the rosemary and mix with a little salt and a pinch of pepper. With this mixture massage with your hands the meat to better flavor it.

In a saucepan fry the garlic clove, which you will remove when it is golden and add the meat, turning it often so that it cooks evenly on all sides.

It’s going to take about 15 minutes. Now add the white wine and let it evaporate completely. Add the apples in pieces to the meat, drizzle with the already hot broth and cook over low heat for about an hour covering with a lid and turning the meat often to make it flavor ingest on all sides.

When cooked remove the meat from the saucepan and pass with a mixer the sauce of broth and apples to obtain a sauce enough liquid that you will then put on the slices of meat before bringing to the table.

To finish this type of roast is the ideal completion for our Sunday lunches or when we have guests. It is yummy and tasty and can be prepared with various side dishes. It is a recipe suitable more for winter or autumn than for summer because of the heat.