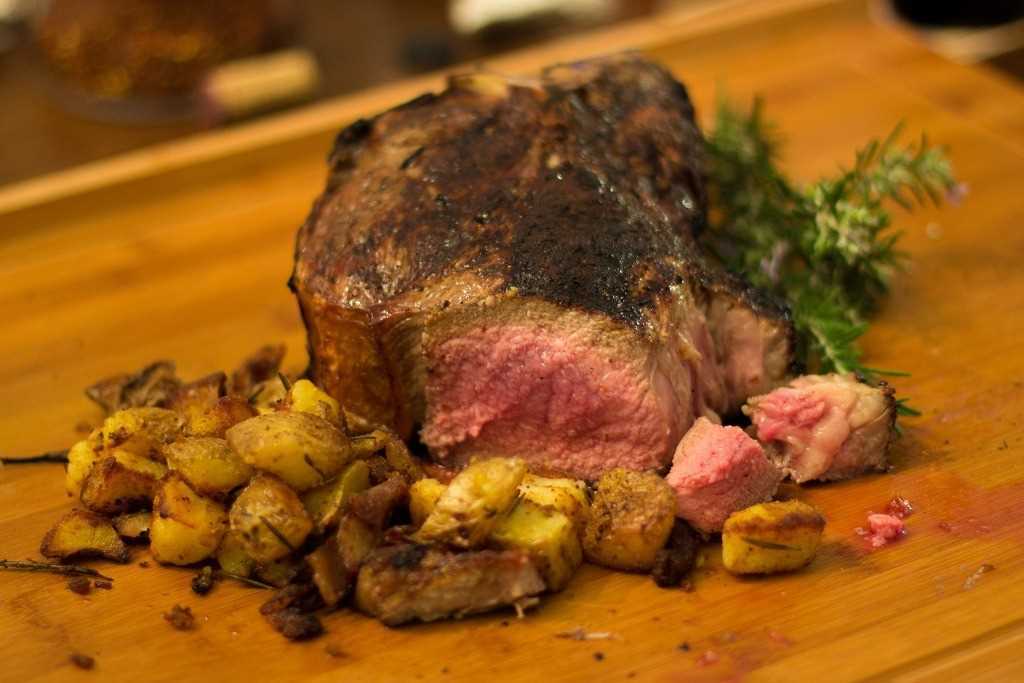 It is one of the oldest regional italian cuisines and many of its dishes still retain the original recipes. Perhaps the most famous Florentine recipe in the world is the classic Florentine steak. But well-known recipes are also the bubbling, the lamprey and many others.

The classic Florentine appetizer is made up of croutons such as black croutons, tomato and mushroom croutons, mismeat meats and mixed cheeses.

Let’s start with the first dishes.

Necessary for boiling for 4 people

However, whether they are used after the 24-hour soaking, or the canned ones, they should be put in a rather large pan with a couple of tablespoons of olive oil, the garlic clove peeled and crushed and the sprig of rosemary. Add water to this point until the beans are covered and cook for at least an hour with a lid, adding a little water if necessary.

At the end of cooking, add the salt and pepper, remove the garlic and the rosemary sprig. A third of beans remove them whole and set aside, blend the remaining beans with a mixer to get a rather liquid sauce that you will put during the cooking of the soup.

Now let’s prepare the base for the fry. Finely chop the onion, celery ribs and carrots and cook the mince in olive oil a few minutes until the vegetables are golden brown. Now add the potatoes that you will have peeled and diced. Cook over medium heat and then add the tomatoes, peel, seeds and mash and spoonfuls of tomato paste.

Finally, add kale, cabbage and cleft as finely as possible. Now add the bean sauce that you have set aside, put the lid on and cook for about 1 hour, stirring occasionally and adding a little water if needed. At the end of cooking, season with salt and pepper. add the whole beans that you have kept aside and remove from the heat.

Leave to cool and put the soup in the refrigerator for at least a couple of hours. This will help to firm up the soup and make the components absorb the bread. After this time, heat the soup in a pan and serve warm with a drizzle of olive oil, a few thyme leaves and who likes thin slices of fresh onion.

The Florentine steak is the typical dish par excellence of Florence where it is cooked like a real cult. The most suitable animal for the Florentine steak is the chianina-bred calf. The classic steak is cut from the veal loin to be precise from the fillet or sirloin and it is that piece of meat with the bone made of T. It is cut quite thick, at least 5 centimeters and tradition has it to be cooked on the embers of Coal.

The meat should be removed from the fridge at least 3 hours before cooking, should be dry with paper towels and should be massaged with a little olive oil, this to prevent it from sticking to the grill which must be hot when it is time to put the steak in it.

It should be cooked a few minutes per part, about 5 or 6 and turned only once. Turn it around trying not to mess it up to keep the juices from coming out. Put a little salt just as it’s brought to the table. Cutting the steak you will notice that outside it is brown and with a crisp yummy surface, internally instead it is a tender pulp of pinkish color.

Needed for tripe to Florentine for 4 people

Preparation of tripe to Florentine

Finely chop the celery rib, onion and carrot and sauté the vegetables for about ten minutes with a little oil and butter and the bay leaf.

Meanwhile, wash the tripe very well under running water and cook in the vegetable sauce for at least 5 minutes, stirring often. After this time, wet the tripe with half a glass of white wine, turn up the flame and let it evaporate completely. Add the peeled tomatoes into small pieces and cook for about an hour and a half, adding a little bit of meat stock every now and then. At the end of cooking add a few basil leaves and serve very hot. Then driss with a nice sprinkling of grated Parmesan cheese.

showcasing the classic lamprey-stuffed sandwich. The lamprey is the stomach of the veal whose fat and lean parts are expertly cooked and served in sandwiches.

But we can also prepare it at home.

Preparation of the lamprey

Wash very well under running water the lamprey. Meanwhile, in a rather large pot put the vegetables (celery onions and carrots) cut into pieces, the tomatoes also cut into pieces, the bunches of herbs the cloves. Cover everything with cold water and boil over the heat. Add the lamprey and cook over medium heat for about an hour after the water is boiling. When cooked, remove the lamprey from the water and cut it into thin slices. Lightly wet the slices with cooking water and serve on the table. Usually the lamprey is served with salsa verde or a hot sauce.

This typical dish of Florence is very old, it is spoken about the fourteenth century. and you can taste it in the typical Florentine trattorias still in the original recipe.

Preparation of the Florentine peposo

Cut the meat into 2 or 3 cm pieces and put it in a large bowl along with the peeled and crushed garlic cloves, peppercorns and red wine. Leave to marinate the meat for about an hour.

At this point transfer everything to a pot (tradition would like it to be a pot of crock) and put it on the heat with a little olive oil, adding the bunch of smells, the bay leaves, the tomatoes deprived of the skin and seeds and chopped. Adjust the salt and pepper and simmer and cover for about 3 hours. After this time serve very hot accompanying the pepper with boiled cannellini beans and toned with a pinch of salt and olive oil.

Let’s move on to the cakes.

It is a creamy and soft dessert that is usually made during the carnival period. Tradition has it that the symbol of Florence, the lily, is reproduced on the surface of the cake with icing sugar.

Needed for the Florentine dunk

Preparation of the Dunk to the Florentine

Beat the eggs with the sugar for a very long time (better if with an electric beater) until the dough is frothing and doubles in volume. Slowly add the oil and milk, continuing to mix. Now put the juice of an orange and slowly incorporate the flour, the grated peel of an orange, the sachet of baking powder and the sachet of vanillin. Add a pinch of salt and mix well.

Put the mixture in a 26-centimeter cake tin and then in the oven already hot at 180 degrees for about 20 minutes. To check the cooking it is always good to test the toothpick. Take a toothpick and tuck it into the cake, if it comes out dry the cake is cooked.

Sprinkle the crush with icing sugar.

The exact reason why this dessert is called so is not very clear. It is certainly because of its shape, one half of a sphere, but some claim that it refers to the helmet carried by the infantry in the fifteenth century that was called precisely zucchini. Others, however, to the headgear of the same name of the high prelates.

Necessary for the sponge cake of the zucchini

Necessary for the filling of the zucchini

Preparing sponge cake for the zucchini

Whisk the eggs well with the sugar until you get a foamy mixture, add the flour by incorporating it slowly. Melt the butter in the meantime, then let it cool before combining it with the mixture along with the grated lemon zest and the powdered vanillin sachet. Put the mixture in a 24 cm cake tin and bake in a pre-hot oven at 180 degrees for about 40 minutes. Once removed from the oven, allow to cool completely.

Preparing the filling for the zucchini

We divide the whipping cream into two parts. Let’s start whipping the first half by combining the chocolate chips and 1 tablespoon of sugar. We then add the second part of cream by combining the bitter cocoa and sugar, about 1 or 2 tablespoons according to personal taste.

Take the sponge cake and cut it into slices of about 1 centimeter with which we will line a zucchini mold or a mould of semispherical shape, where we will first put a sheet of baking paper. Brush the surface of the Spanish Pan with alchermes liqueur.

Pour in the part of whipped cream with chocolate chips and create a recess in which to put the part of cream with cocoa. We close the surface with a layer of sponge cake soaked in alchermes liqueur and refrigerate at least 3 hours before bringing it to the table.

A tasty variant involves replacing the whipped cream filling with sheep’s cottage cheese, which is sweetened and stuffed with candied.

Once removed from the refrigerator, it should be turned upside down on the serving plate and put on the surface of icing sugar or cocoa powder and garnished with liquid chocolate and flakes of almonds or chopped hazelnuts.