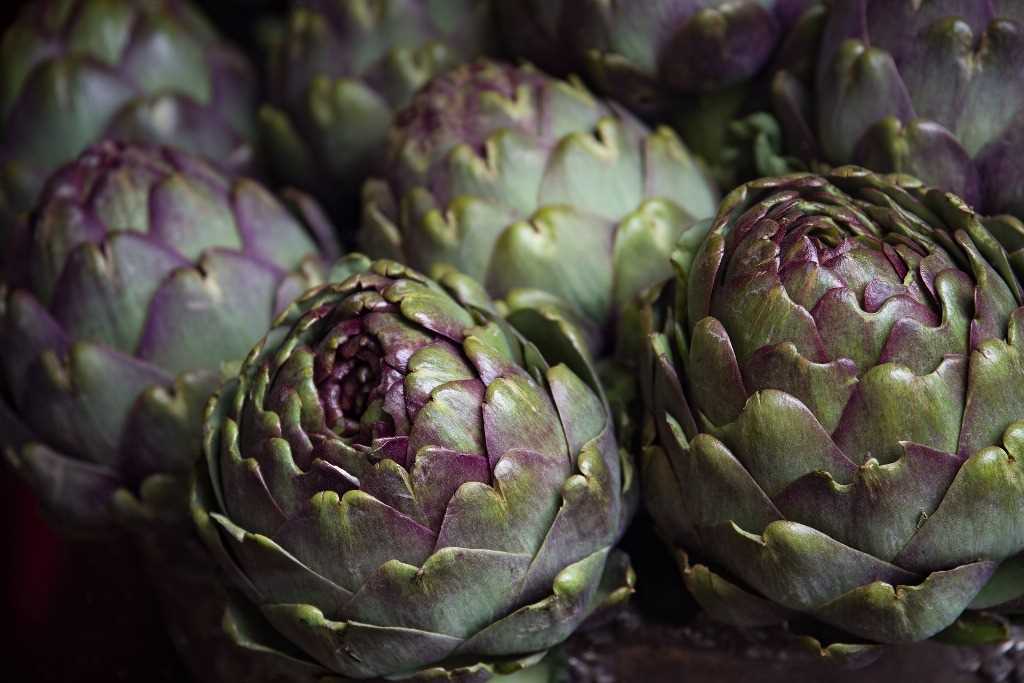 Artichokes are Mediterranean vegetables. They have a lot of fiber, very few calories, have a slight diuretic effect and are highly valued as they detoxify and help lower cholesterol.

These are just some of the beneficial properties of artichoke, but here we treat the recipes and then let’s now put the tastiest and most delicious recipes for artichokes.

An equal premise for all recipes, cleaning artichokes. The artichokes should be cleaned by removing the harder outer leaves and cutting at the base of the artichoke and the tips. Then normally they put for about half an hour to bathe in water to which you will have added the juice of a lemon.

In a large frying pan put the butter and when it is melted the artichokes in to pieces (which were about 30 minutes in water and lemon). Adjust the salt, add the broth and with the lid simmer for about 40 minutes. Serve warm with a sprinkling of grated Parmesan cheese.

Once cleaned, take off the outer leaves and cut at the base and tips, leave the artichokes whole and soak for half an hour in water with lemon juice.

Prepare the mince to put inside the artichokes by mixing the chopped parsley with garlic, mint leaves, add a few tablespoons of olive oil, salt and pepper and put this mixture inside each artichoke. Place the artichokes in a tin with the bottoms facing down, having the care to use a tin that allows the artichokes to stand quite compressed between them.

Add oil that covers the entire surface of the pan, adjust the salt and place in the oven already hot at 180 degrees for about 30 minutes with the lid. After 30 minutes add the white wine and cook for 30 minutes more.

Necessary for artichokes to Judia

After preparing the artichokes as usual, put a little salt and pepper inside the artichokes. Heat the olive oil in a frying pan with high edges and when it is hot (be careful that it should not smoke) put the artichokes next to each other so that they do not fall and cook them for about 20 minutes turning them from below up to mid-cooking.

After preparing the artichokes as always, cut them into wedges, normally 8 wedges per artichoke.

Pass each artichoke clove into the batter and fry in plenty of seed oil.

Preparation of artichokes with gratin

Prepare the artichokes the usual way, cleaned, cut and immersed in water and vinegar.

Prepare the filling in the meantime. Melt the butter in a saucepan, add the two tablespoons of flour, stirring well to avoid lumps, then add the milk first, then the cooking cream, a sprinkling of nutmeg and adjust the salt. Simmer for about ten minutes then add the diced fontina and chopped parsley. When the fontin is dissolved with this compound stuff the artichokes, after opening them from the inside out forming a kind of pocket. Place the artichokes in a baking tin, passing with butter on the bottom, with the high sides, using a baking soil that allows the artichokes to stick without falling.

Sprinkle the artichokes with the breadcrumbs and bake them in an already hot oven at 200 degrees for about 30 minutes. Serve warm.

Preparation of artichokes to Greek

After preparing the artichokes that are clean, cut and immersed for half an hour in water and vinegar, cook them about 10 minutes in plenty of salted water.

Remove them from the water and set aside.

With this mixture fill the inside of the artichokes.

Place about 20 decilitres on the bottom of the vegetable broth and in a hot oven at 180 degrees for about 30 minutes.

Clean, remove the outer leaves, cut the base and top of the artichokes and soak for about 20 minutes in water with lemon juice.

Removed from the water, dried and thinly sliced.

In a frying pan with 4 tablespoons of olive oil brown the garlic cloves (they should be removed once the preparation is finished). Add the sliced artichokes, the chopped parsley and cook for a couple of minutes. Season salt and pepper and put the white wine, evaporating completely. Cook with the lid for about 15 minutes.

Meanwhile, cook the pasta in plenty of salted water.

Season the pasta with the artichoke mixture, dusting with the Roman pecorino or Parmesan cheese before bringing to the table and serving warm.

Cut the artichokes into 4 parts and soak them in water and lemon for about twenty minutes.

Meanwhile, in a frying pan with a few tablespoons of olive oil, fry half the finely chopped onion. When golden add the artichokes, adjust salt and pepper, add vegetable stock and cook for about 15 minutes.

In a large frying pan, melt the butter, the remaining onion, finely chopped and add the rice to toast lightly. Add the white wine and let it evaporate completely. Add the broth a little at a time and half-cooked, after about 10 minutes add the artichokes cut into small pieces. Cook for another 10 minutes, gradually adding broth to prevent the rice from sticking. Once ready, serve warm with a sprinkling of parmesan cheese and a knob of butter.