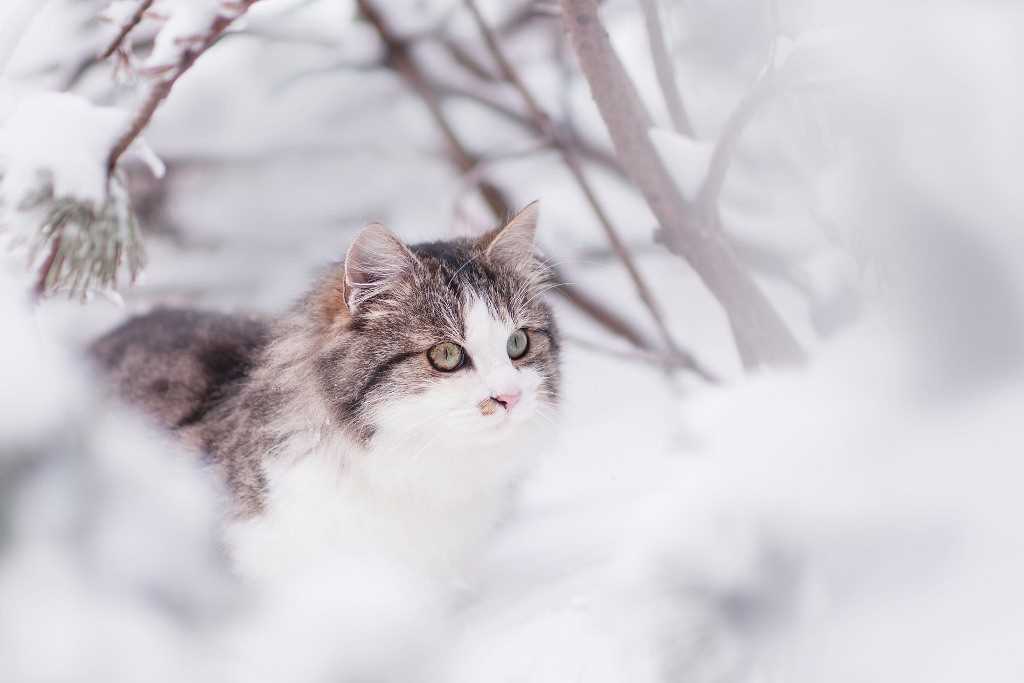 The origins of this soft, long-haired cat can already be found in the year 1000, brought to Siberia by settlers from Russia. Also known as Siberian of the forests, it comes directly from the cold forests of Siberia, it is thought to be a cross between a common domestic cat and a wild cat of the woods. Very well known in Russia, it began a few years ago to have admirers also in the rest of the world. Some scholars put forward the hypothesis that this was the first long-haired species present in the world. A much older origin of the Russian colonization of Siberia. Beautiful and fascinating with its sumptuous coat is considered the hypoallergenic cat par excellence because it does not produce or produces very little protein Fel D1. This protein produced by the sebaceous glands of the cat is the main cause of allergy to cats; it is not the hair as it is frequently thought to give allergy, but this protein that the cat deposits on its coat when cleaning the hair. In the United States this cat arrived in the late 90s, so very recently. The Shultz couple decided to import some specimens from St. Petersburg and also founded the first breeding in the United States. In Russia instead it is considered the national cat par excellence.

Character of the Siberian cat

The Siberian cat is a cat who loves family life and the company of both the elderly and children.  Intelligent, sweet and cuddly, here are the characteristics of this cat. It is very attached to the family and the territory in which it lives, it is said that in ancient times it was also kept as a guard cat. He loves games and toys, and does not like to be alone for too long. He tends to prefer only one person in the family of which he becomes a faithful companion and guardian in every room. He is very curious about animals smaller than him and if accustomed as a child he can establish a certain degree of friendship with other cats and even dogs. It is advisable to keep him away from aquariums as this breed loves to play with water and everything that moves in it. The male tends to love the open air compared to the female who is more homely. His bearing is proud and elegant, he is also very agile in spite of his size. Today it is even used in Pet therapy, helping people in difficulty, in health and hospital contexts. A certain fact is that it does not pull back in front of any of the most classic intellectual activities of man, therefore, there will be the possibility to find him intent to follow television programs that you like or to find him particularly interested in what you are typing on your computer, in this sense, there are no limits to the curious intellectual capacity of the Siberian.

The Siberian cat is strong, agile and with a respectable musculature. It is large in size, a male can weigh up to 10 kilograms, females from 4 to 6 kilograms.  The coat is water repellent and the hair is semi long throughout the year. The legs are round and well planted on the ground, covered with hair that allows him not to sink into the snow and to protect himself from the cold.  The hair is semi long, thick and waterproof. There are two characteristics that make it the typical Nordic cat: the hair on the ears similar to those of the lynx and the compact and round legs, very hairy. The eyes are large and oval shaped, with a watchful expression, the colors range from amber to green to blue.  The tail, very thick, is of medium length and tends to be rounded at the top. The colors of his coat are the most varied, from the classic tiger red to black. Siberian cats with a Siamese motif, i.e. with darker extremities of the body, are called Neva Masquerade and with time have been recognized as a sister breed of Siberian.

The Siberian cat is a very robust cat. It does not need special care except brushing once a day. During moulting periods it tends to lose a lot of hair, so it needs to be brushed more frequently to prevent it from eating too much hair.  She does not have many problems with food, so she eats everything, whether wet or croquettes. Pay attention only to the quantity because if he does not do a lot of movement he has the tendency to gain weight. He has a life expectancy of about 15 years.