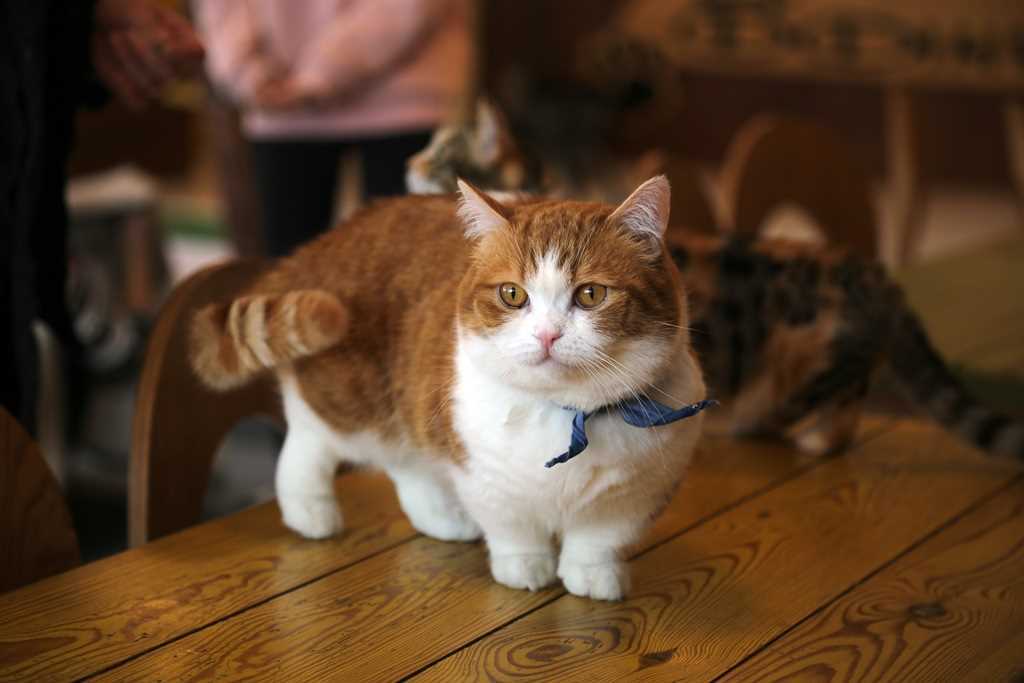 It is really a curious breed; it is called dachshund cat because of its short legs. It was not as you might think created by man but it came out almost by chance from short-legged cats born from a litter of normal kittens. The progenitor of this breed seems to be called Blackberry which each litter made at least half of the short-legged kittens, which were then selected among them creating a real breed. Its name comes from the name of the dwarves in the novel The Wizard of Oz. Currently they are bred in America and France, in Italy there are no breeding of this breed.

Contents nascondi
1. Character
2. Appearance
3. Care and health of the cat Munchkin
4. Share this

The Munchkin cat has a sociable and lively character, he likes to be with people, but also loves the company of dogs and other cats. He is very faithful to the owner, he loves to receive a lot of affection from both the owner and the family and to participate as much as possible and in different ways in their life. He is an extremely active cat, he loves running and climbing even if because of his short legs he does not jump as high as other cats. It is very suitable for apartment life, but a safe garden, where you can maybe climb a few plants, attracts him a lot. Unlike many other species of cats, it loves to stand on its arms and every moment is good to curl up on someone’s legs. This breed also has a special nickname: “magpie thief”, as it loves to steal small shiny objects to hide them and play with them later. He is very intelligent and loves to be with children with whom he has considerable patience. It’s a cat that doesn’t like to be alone a lot, so it would be suitable for elderly people or people who have some time to dedicate to their feline friend.

Its peculiarity are undoubtedly its very short legs, to be precise the anterior ones shorter than the posterior ones. It is of medium-small size in fact the males reach the maximum weight of 4 kilograms, while the females go from 2 kilograms to 3.5.  The Munchkin cat is both semi-long and short-haired, in both cases, however, has a silky hair very pleasant to the touch. The color of its hair can be of the most disparate, white, black, grey, red and with many different designs. The body is muscular and agile. The ears are particularly large and the tips are slightly rounded. The eyes are well spaced, slightly oblique with an almond shape and different colors. The tail is very thick, long and slightly rounded at the tip.

Care and health of the cat Munchkin

The Munchkin cat does not need a lot of care, just brush it once a week, clean its ears and tick its nails regularly. It needs to move, climb, jump and is essential to keep it in shape. Precisely because of his build he may have a tendency to gain weight, so you should offer him quality food. A wet diet is considered the most suitable for this type of cat. It is a cat that has no major health problems. Despite the small size of their legs, these cats do not seem to suffer from joint or spinal problems related to their height. They have a life expectancy ranging from 12 to 15 years, but in many cases with proper care and diet they can live even longer.