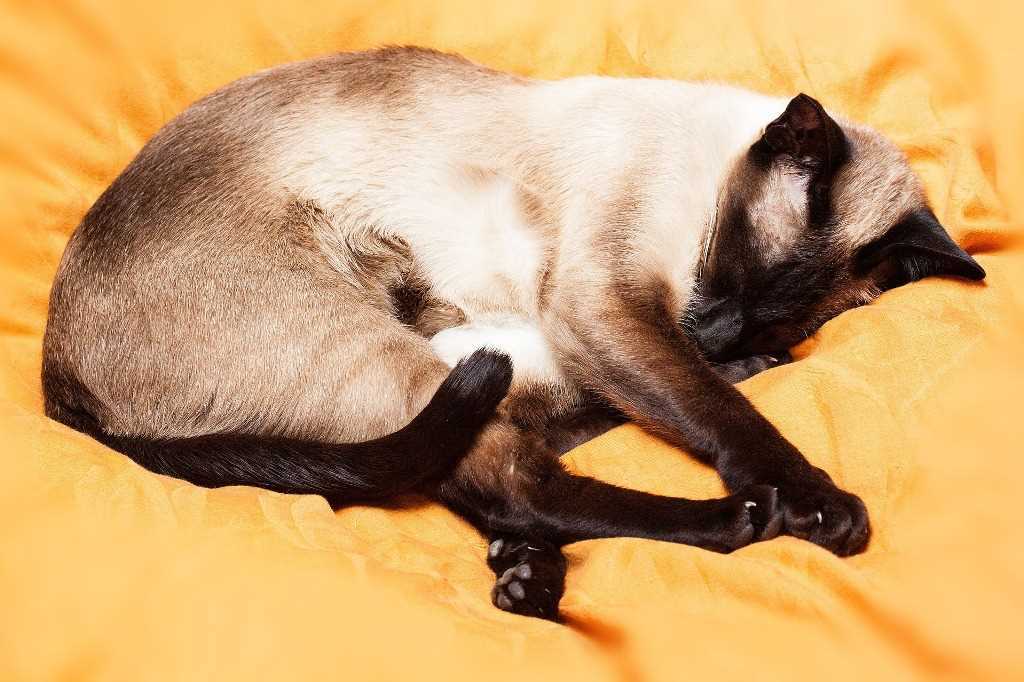 The Thai cat is the ancestor of the modern Siamese, which over time, with the selections made by breeders, has become much longer. Some breeders, however, continue to breed the Thai, which unlike the Siamese is much more muscular, with a rounded muzzle and chubby cheeks. Its character is also different, the Thai is very affectionate, intelligent, active and has been defined by many as the dog-cat, in fact it has a lot of behaviour common to dogs, both for its sociable character and for its attachment to humans.

It originates from Thailand, as its name suggests, and when one speaks of Thai one also speaks of the Siamese, because the origins of these two breeds are exactly the same. Around the end of the nineteenth century some specimens of the Siamese cat were imported from Thailand, which is the ancient Siam, to Great Britain, and they were quite successful both for their appearance and their character.

It was only towards the end of the seventies of the last century that some breeders began a more specific selection that wanted to accentuate the exotic traits of the breed and after careful cross-breeding and selection they arrived at the current Siamese cat with its slender and streamlined appearance. Others, on the other hand, as already mentioned above, continued to breed the ancient Siamese cat which was then called Thai to differentiate it from the other.

Character of the Thai Cat

The Thai cat is very sociable, expansive and also very talkative. It often seeks physical contact and likes to sit on its owner’s lap and always be as close as possible. In fact, it tends to bind itself to a member of the family with whom it becomes inseparable and suffers if it is neglected by the person it has chosen. However, it is also very affectionate with other family members.

It adapts very well to both the environment and the family unit, it has no problems living alone in a flat, and also with a large family unit or with a single owner. The important thing is not to leave it alone for long periods because it suffers from loneliness. It loves to play and therefore gets along well with children and also with other animals with whom it shares its environment.

They can be taught games, such as looking for their toys and bringing them back, and with a little patience they can also be taught to go out on a leash. He loves the warmth and in winter is always near fireplaces or radiators. He does not care to go out in the rainy or cold seasons, but if he has the possibility of a terrace or a garden in summer he loves to lie in the sun.

As we have already said, it meows a lot, and in this way it knows how to make itself understood and also to ask for attention, with strangers, being a very curious cat, it approaches them immediately, but it depends on it if it accepts the person or not.

Appearance of the Thai cat

The Thai is a medium-sized cat, with the male weighing no more than 5 kilograms.  The body is muscular, but also slender and elegant. The paws are of medium length, rounded at the extremities. The tail is of medium length, slightly tapered and ends in a pointed tip.

The head is wedge-shaped with rounded contours, slightly longer than wide. The ears are of medium size, wide at the base, well spaced and with rounded tips. The eyes are slightly almond-shaped, quite distant from each other and of a beautiful blue colour, bright and shining.

The coat is short, almost without undercoat. It is thick and silky and is characterised by the colour shade called colourpoint, therefore it must have a clear contrast between the colour of the points and that of the body. The point includes: ears, muzzle, paws and tail. The colours of the coat can be various, the most common is the seal point, the body cream and brown the point, that is the extremities. The other colours, always rigorously colourpoint, are: red, blue, cream, chocolate, fiery, lilac.

Care and health of the Thai cat

The Thai cat, belonging to an ancient natural breed, is strong, healthy and long-lived.

As far as the care of its coat is concerned, brushing it once a day would be advisable during the moulting period, while normally a couple of times a week is enough and smoothing it with a soft cloth or buckskin to keep it shiny.

As far as feeding is concerned, there are no particular precautions to be taken as it is a cat that does not tend to put on weight.

Restrict authors to display only their posts on WordPress