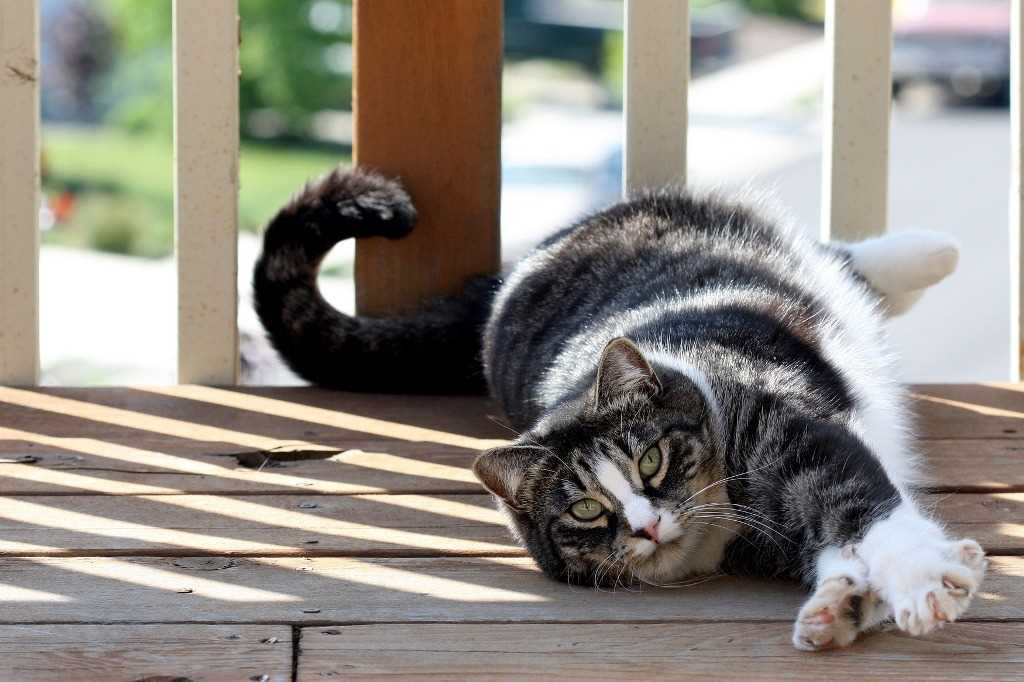 This is the most appreciated feline breed in America, but in North America, before the arrival of the European settlers there were no cats. It is therefore thought that they were brought from the well-known Lower ship, where they had been boarded because they were good mice hunters. The breed was naturally selected by the common cat crossed with other breeds, such as the British Shorthair, the Persian and the Burmese. The first time this cat was registered was in 1904 with a Buster Brown specimen, a cross between a British Shorthair and an American short-haired cat. Only in 1966 the breed is officially recognized. In Europe it is a rare cat, very sought after in Japan.

You only have to look at it for a few minutes to realize that this is a cat that is particularly smart and attentive to everything around it. It is very affectionate and intelligent, it is social but also loves to withdraw into solitude from time to time. It adapts easily to any kind of life, both in the apartment and in the open air. You have to consider, however, that he is an experienced hunter, so it is good to try if possible when you have space outside to make that space safe, because just because of its nature, it turns, explores with great pleasure.  He also gets along very well with children and having a very long life expectancy, even up to 20 years can accompany a child until he reaches the ripe old age. He also gets along well with other cats and dogs. She loves cuddles, but does not demand them, everything she does she does with peace of mind and without stress. He adapts easily to any situation, it seems that his philosophy of life is: “live and let live”, so he meows very rarely and does not impose his presence even if he loves the closeness of humans. In addition to being smart they are also very smart, in some cases they can even open the refrigerator and make small thefts, open doors and doors. It is very suitable for elderly people who have some time to play and mainly because they do not like to be alone for a long time.

Physical appearanceThe American Shorthair is a medium-sized cat. The weight of the male varies from Kg 5 to 7, while in the female it goes from Kg 2,5 to Kg 5. The hair is short and thick especially in winter, and is characterized by the almost absence of undercoat. It is a cat longer than tall, quite athletic and robust.  It has a wide head and square muzzle, the eyes are round, a little inclined and rather distant, the expression sweet and open.  The colors of the hair of this cat are various. The most common are the striped tabby and white tabby, but there are two-tone and three-colored specimens. In the tiger with silvery white background and very well contrasted black patterns, on the forehead there is often an “M”. a characteristic that unites it to the European.

It is a cat that has no particular pathologies, is very robust and long-lived. You have to be careful more than anything else if our cat is used to being outdoors, given his character as a hunter, the small wounds that can be caused during the hunt. Its hair does not require special care, except for brushing once a week, to be intensified during the moulting period. If the cat has access to the outside it is advisable to take a bath every two or three months.  It is predisposed to obesity if it does not have a large outdoor space available, and does not make much movement especially if sterilized. The diet is therefore to be controlled rather strictly. He eats practically everything, but like all felines he loves meat, his diet should also include rice and vegetables.