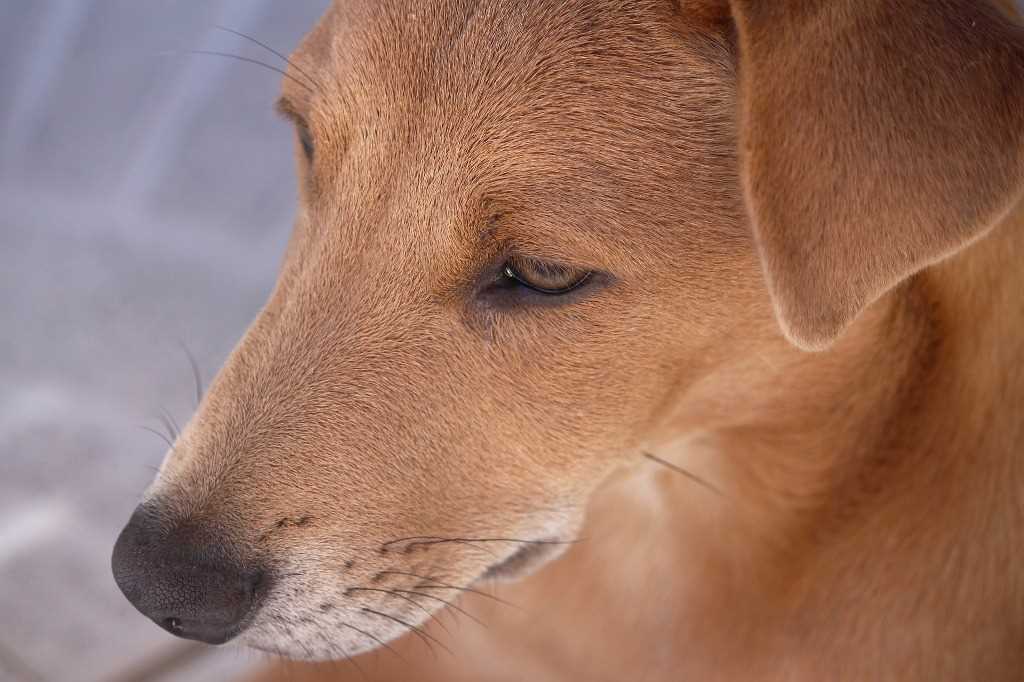 Africanis are very resistant native dogs of South Africa. The name comes from the contraction of two words that mean precisely dog of Africa. However, it also has many other names in native languages. Some associated them in the past with pariah dogs that we will talk about in another article but are currently protected and recognized by a national body the Kennel Union of South Africa.

In all likelihood, this dog evolved like everyone else from wolves. There are historical finds and testimonies such as travelogues of famous settlers such as Vasco de Gama who would associate themselves with the physical structure of this canid. It can be said, however, that the first to scientifically observe that there were similarities such among the specimens to make a breed were researchers Johan Gallant and Joseph Sithole. The latter, they could not help but notice that some dogs possessed by natives of the site, had very similar physical characteristics and behaviors. Since this is believed to be a race that has evolved spontaneously, that is, without scientific and selective management on the part of man, there are several variants specially evolved based on specific regions of southern Africa. Because of this, the international canine federation does not recognize it as a race.

The character can vary a lot from dog to dog, another reason why this is not an internationally recognized breed. However, it was a highly regarded animal especially in the past because it played an active role in the life of the local population. Because it is a dog of wild origins, in general it is particularly opportunistic, intelligent and stubborn.

It is certainly not the ideal dog for children, it should be kept under close control. It must also be said, however, that normally, in the areas where it has evolved, it is very difficult for a child to be there only because there are much more families. In addition, in those places, dogs are not treated particularly well and children are much more accustomed to physical contact between similar and interspecies.

To give an explanatory example, in an already modern and developed society, a boy who is chased by a dog will probably have a lot of fear, even if the dog chases him for fun. But in the areas where this breed has evolved, it is by no means uncommon for the boy to be brave, to hold a stick and to chase the dog to defend himself. The writer witnessed this scene. It cannot be said, therefore, that this is a dog suitable for families softened by well-being and modernity.

This dog has a tendency to gather in real herds. When these herds are organized, without a shadow of a doubt they can contribute to the protection of villages and hunting. They are not always treated with due respect and there are not uncommon incidents between herds of stray dogs and other animals or even humans. No doubt it is used as a watchdog and hunting dog although hunting techniques have evolved making the support of a dog like this not as important as it once was. We must not confuse hunting as we understand it in the West. In those places in antiquity took place another type of hunting with arrows and spears with the sole purpose of surviving that has little in common with the modern hunting concept.

When I think of grooming this dog, I laugh. These are dogs used to cleaning themselves by rolling in the dust and very rarely are let into the house. Let’s say that normal hygiene is enough but like many canids of this type, it should be perfectly able to look after itself.

Most of these dogs survive with leftovers of men’s food because in the places where it is widespread and from which it originated, there is generally no money to maintain a dog, both in terms of vaccinations and feed. It is not uncommon for it to also feed on trash, carrion or game. Like any adult dog it should eat at least once or twice a day. It has no particular hypersensitivity to any type of food commonly used in dog feeding.

Undoubtedly, the best breeder in the world has always been nature. The real natural selection and the almost total absence of targeted crossings have given rise to a dog very resistant, particularly suitable for its territory, immune to the most common pathologies and defects proper to breed dogs. The Africandog, manages to survive where many breed dogs would die. Many indigenous owners of this dog, metaphorically speaking, don’t even know what a vet is. They are also naturally very resistant to internal and external pests. It can therefore be said that they are much healthier and more resistant than average while remaining sensitive to all those factors that can affect any wild or domestic animal.