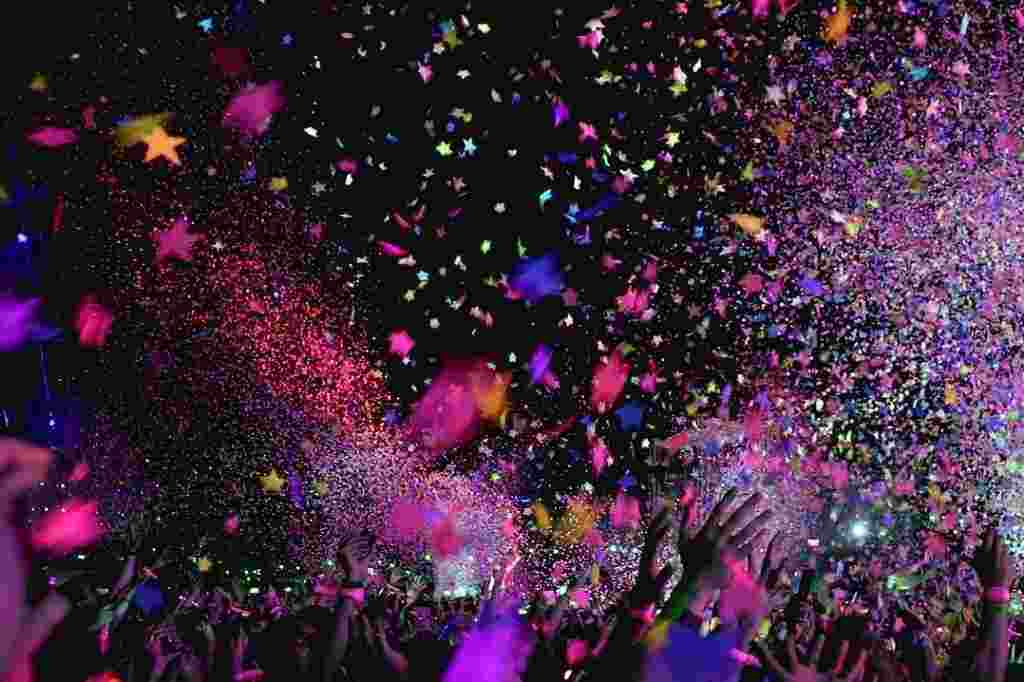 The May festivities were a good time during my childhood and even after. I was born in a small country village where there is a Shrine dedicated to Our Lady. It is said that where the shrine now stands, it appeared so many, many years ago Our Lady to a shepherdess, and not only did she find a sheep that she had lost, but also pointed to her the anus under whose vegetation she would find her image. In the middle of the sixteenth century a chapel was built where the stone on which Our Lady had appeared and the image of the Holy Icon to which many miracles are attributed. In May, the Marian month dedicated to Our Lady, this shrine sees pilgrims and devotees from all over Italy arrive.

It’s a very lively time for us in the country, especially when I was a child.

So, I’m talking about 50 years ago this holiday was very different, indeed these holidays because Our Lady was celebrated every Sunday starting from the second Sunday of May.

And there is a tradition that unfortunately for a few years has been lost, that of the bonfire that was made in every yard and in every square and square of our country on the evening of the Saturday of the second Sunday.

Olive branches were used to make these bonfire. In fact, the olive trees were pruned at that time and therefore each farmer had very large piles of olive branches. And the bonfires were all made at the same time and you could see in the whole valley many of these fires, both small and very large. The largest was made in the sanctuary square which is the main square of the country.

It was a magical moment for us children. And I also remember the processions that were made on Saturday evening, where the statue of Our Lady was carried on our shoulders and we all followed the procession with lit candles.
Back then there was no public enlightenment yet, so this procession was very impressive.

But the most exciting thing, what made us jump out of bed on Sunday morning was that both in the avenue leading to the shrine and in the street before there were many stalls on the side of the road. Stalls of sweets, toys, plants, trinkets, etc.

And many people came on foot from the city, because tradition wanted to get to the shrine on foot even if on Sundays at all hours there was a coach that made the trip between Pistoia and the village. And at all hours masses were celebrated.

I remember that as a child it never rained the first party of May, and impatiently we had breakfast and asked permission to go to the party to see what was on the stalls and maybe buy some toys with the little money we had put on aside for the occasion.

When you arrived in the boulevard there were a lot of people who almost couldn’t walk, people who went to Mass or went around the stalls to shop. And many came back to the city and many arrived. It was like that all day. And at noon in the fields and meadows near the village you could see a lot of people eating sitting on the grass, fully equipped with tableof men, food and drinks.

It was all very lively and the merriment was palpable in the air.

Over the years, everything has changed. Parking was made next to the boulevard and the Sunday market stalls were placed there and no longer on the road.

People were usually arriving by car, and in fact you had to leave them at least a kilometer from the village to find a place to park so many there were. And for many years things have remained like this. So many people, especially the older generations, were still walking. Maybe the people who came by car, went to Mass, went around the stalls and then came back, and slowly the people who ate in the meadows disappeared.

Then the stalls started to disappear, and fewer and fewer were coming. In recent years the tradition of the bonfire of the Sabbath of the festival has been lost, I have seen them until a fortnight ago then nothing more.

And now I’m going to tell you what I saw last May.

I went to the village and in the parking lot there were only 2 or 3 stalls, very few people, the Holy Mass was not there at all hours, but only at the usual time.

I haven’t been to the party for years and I’ve been really sick, there’s no more partying, maybe people don’t believe anything anymore and it’s really sad that really beautiful traditions are lost.