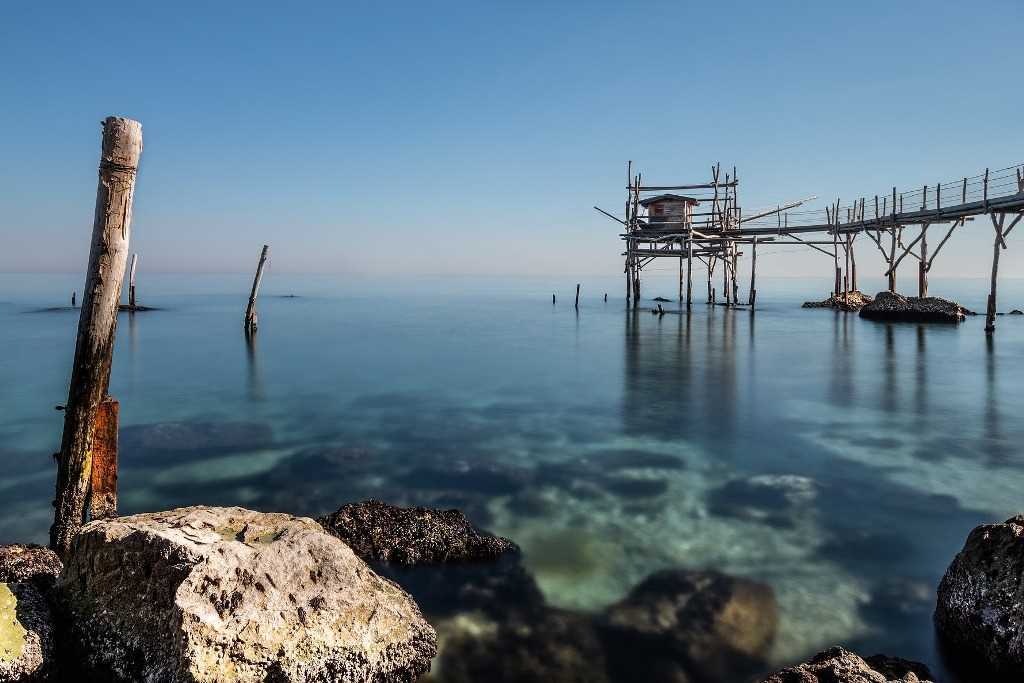 Abruzzo, the land of the famous spaghetti on guitar, which must be eaten there, in Abruzzo, since to make them you need special equipment that is difficult to find. There are imitations around, for those who don’t have a chance to go. We also find here recipes with polenta, fish recipes, since one of its faces is on the sea, and recipes of meat, sheep, pork and more.

But with its own way of cooking that sets it apart from other regions. Starting with bread, which is made here with potatoes. An ancient custom of the mountains made to save flour. And still the typical Abruzzo roasts, but there are many recipes one better than the other. Let’s start with potato bread, soft and tasty.

You start preparing the night before when you take the white flour, if you find the soline flour, which is a typical Abruzzo flour of soft wheat, and grami 4 of brewer yeast dissolved in a little warm water. Work on the pavement until you get a hard and elastic dough adding a little water at a time. This compound should be left to rest for at least 18 – 24 hours in a bowl covered with a cloth.

After this time take the mixture and add the semolina, the remaining brewer’s yeast, boiled and crushed potatoes and salt. Knead well until the mixture becomes firm and elastic and let it rest for about an hour always covered with a cloth. Take the dough and with your hands formed a kind of rectangle. Fold the pasta 3 times and still store to rise for about 60 minutes.

First cut the cheese into slices about 1 centimeter thick. Prepare the batter with the beaten eggs, add the flour slowly until it becomes a thick batter, but not too much, add a pinch of salt.

In a frying pan bring the seed oil to temperature and when ready put to fry the slices of cheese that have been passed into the batter, turning them very well so that the slices are covered well of batter from all parts. Fry for about a minute and a half, until the outside is lightly browned. Remove the excess oil with the paper towel and serve very hot.

Let’s move on to the first. To start a minestrone that in Abruzzo is called Virtue. It is more than a minestrone, it is a very rich and very tasty soup. It is considered a unique dish given the calories it brings. It is a typical dish of Teramo where it is usually traditional to cook on the first of May, but it is a very laborious dish. Its preparation begins several days before May 1. Vegetables and other components should be cooked separately from each other. The difficult thing is the union of all the ingredients that must take place with a single temperature, that is, never mix cold ingredients with hot ones.

Put the dried legumes in the bath from the night before, each on its own, with a pinch of baking soda.

Fresh vegetables should be washed and cleaned and cut into rather large pieces,

Boil mixed pork in a pot for at least an hour.

Now in a saucepan, sauté in a little olive oil, the lard and raw ham cut into dice, together with the bunch of aromas, the garlic cloves, the chopped parsley, the onion, also very finely chopped, the leaves of Sage. Adjust the salt and pepper and put a pinch of nutmeg. This sauté is combined with the broth of vegetables and meat and boil again. At this point put the pasta, about 400 grams of the preferred type and cook. Serve by dusting the dish with fresh pepper, a drizzle of olive oil and grated pecorino cheese.

The Patellette Other typical Abruzzo soup

Mix the two doughs, put a pinch of salt and knead everything by gradually adding water until you get a firm and smooth dough.

Let him rest at least an hour under a cloth.

Take the dough and with a rolling pin get a not too thin pastry. Cut the pastry into strips and then triangles.

In a saucepan fry the finely chopped onion in a little olive oil. When golden add the pork belly and when the chopped tomatoes are browned. Adjust the salt.

Meanwhile, cook the pasta in plenty of salted water for about ten minutes. Just al dente drain the pasta leaving a couple of cups of cooking water. Add the pasta to the pan and 2 cups of water to form a broth soup. Serve with a sprinkling of grated pecorino cheese and chilli.

Now to the second and the famous roasts

Put the pieces of sheep pulp in the skewers alternating pieces of very lean pulp with those with fat. In this way, melting the fat will tend to make even lean meat soft. Season with a sprinkling of salt, a drizzle of olive oil and a few rosemary leaves. Cook on a grilled grill or in the absence of even a steak.

Cook a few minutes on or off and serve warm.

Necessary for lamb cacio and eggs

Preparation of cacio lamb and eggs

Fry the pieces of lamb meat in a few tablespoons of olive oil, along with the rosemary sprig and the 3 whole crushed garlic cloves.

When the lamb pulp is browned remove the rosemary sprig and garlic cloves and put the glass of wine. Season with salt and pepper and cook until the sauce has thickened.

In a dish beat the eggs and add the grated pecorino cheese. This mixture put it together with the meat and cook a few minutes to make the egg. Serve warm.

On a baking sheet prepare the dough for the pastry with flour, half a sachet of baking powder and the glass of white wine. If the dough is too hard to process put a few tablespoons of olive oil. Form a ball and let stand covered with a cloth for about an hour.

Now let’s get the filling ready.

Cook the chestnuts, ground almonds, chocolate, sugar and a pinch of cinnamon in a pan until you get some kind of jam.

Resume the dough and with a rolling pin make a very thin pastry. With a cut out glass of circles in the middle of which to put a spoonful of compound. Close the rims to the crescent and use a fork to seal the edges.

Fry the crescents in plenty of seed oil. Drain and dry of excess oil, garnish with icing sugar.

Prepare the dough of the pastry adding to the flour the icing sugar, beaten eggs, the glass of white wine and the softened lard.

Make a firm and elastic dough and let it rest for an hour under a cloth.

Meanwhile, prepare the filling by mixing the grape jam with the ground almonds the chocolate flakes, a pinch of cinnamon and the zest of a grated lemon.

Now let’s get the pastry ready. With a rolling pin make a very thin pastry. Cut into strips of about 10 centimeters all over the pastry and overlay the strips by brushing between strip and strip with molten lard. Roll up all the strips and let it rest for about an hour in the refrigerator closed in a sheet of cling film.

After this time resume the roll and cut slices about 1 centimeter thick.

With a rolling pin, smooth the slices until they become about 4 millimeters thick. Place a tablespoon of filling on the slice and close to a crescent. Place the puff pastles on the oven plate and bake in a pre-hot oven at 180 degrees for about 15 minutes. Take the oven from the oven to sprinkle with icing sugar and serve both hot and cold.