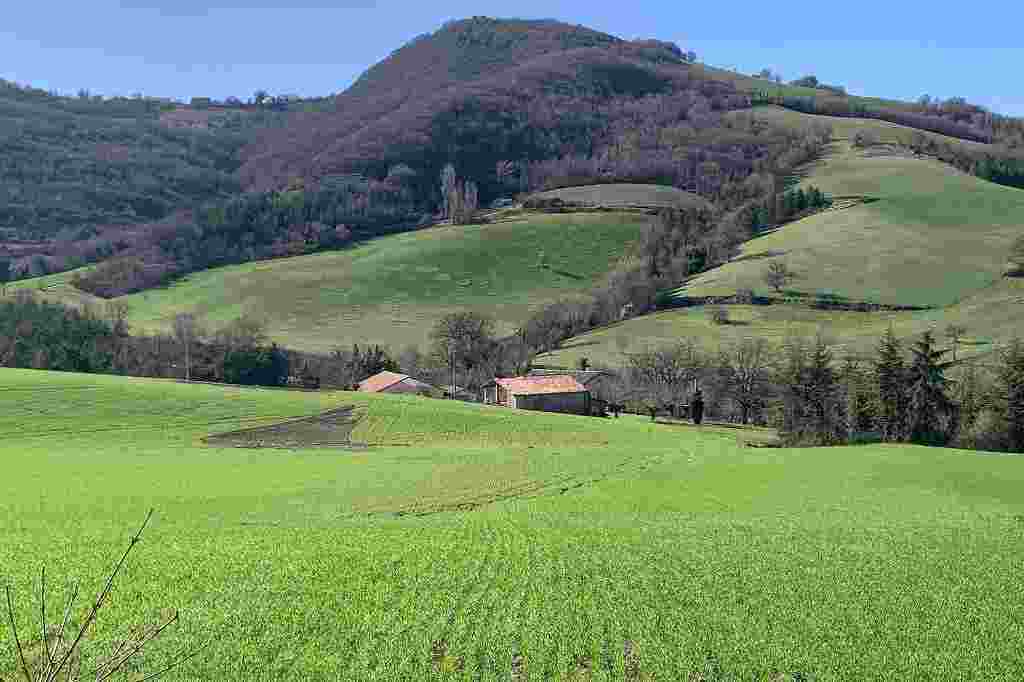 Le Marche, someone described it as an orderly mosaic of vineyards, olive groves, wheat fields and sea. And in his typical kitchen we find all these genuine things. Let’s start with the ascolana olives, a delicious appetizer of green olives stuffed with meat and then fried. Or even the rice and nuts salad.

Moving on to the first dishes the best known is definitely the WINNER, a typical recipe of maceratese, the STROZZAPRETI Marche and the broth, cooked all over the coast.

For the second, however, the anconetana stockfish, which is the gastronomic symbol of Ancona. and then again the rabbit in porchetta to the Marche.

The sweets are many but the best known I think is the donut to the Marche. Also the woodwork, which is usually prepared during the Christmas period and the footballs that instead prepare in the Easter period.

Preparation of olives with ascolana

First, crunch the olives and soak them in lightly salted water so that they do not turn black.

In a bowl knead the veal pulp, spices and beaten eggs. Form small balls and after passing them in flour, beaten egg and breadcrumbs, fry in plenty of oil, Once fried, pass them into the paper towel to remove the excess oil and serve hot.

This recipe has many variants because in some areas they put chopped parsley and garlic together with meat, in others ham or sausage or mortadella instead of meat.

Needed for rice and nuts salad

It is a very simple and fast preparation. First cook the rice in plenty of salted water and drain it al dente.

Put the rice in a soup bowl, add the walnut kestrels, parsley, a pinch of chives. Season with vinegar, olive oil salt and pepper and after mixing well all the ingredients garnish with slices of hard-boiled egg and serve.

First you prepare the pasta. On a flatbread mix the flour with the semolina and start kneading slowly combining the beaten eggs, the softened butter and the vinsanto. Form a ball of smooth and elastic dough and in a saucepan covered with a cloth let stand for at least an hour.

Now we prepare the sweetms and the brain, which must be cleaned and removed the membranes and then blanched for 5 minutes and chopped. Melt a little butter and two or three tablespoons of oil in a saucepan and fry the carrots, onions and celery, which should be finely chopped. Once the vegetables are golden, add the diced ham, porcini mushrooms, which must be in the water to soak for about 10 minutes. Also add ground veal flesh and chopped chicken strips. Brown everything and add a glass of dry white wine and allow to evaporate. Once the wine has evaporated add the tomato purée, milk and broth and simmer with a lid for about 2 hours adding a little broth if it tends to dry out too much. After two hours add the brain and the sweetas and cook for about twenty minutes. Then add the chicken livers, add salt and pepper and cook for 10 minutes more. Take the dough now and make a thin pastry with a rolling pin. Divide the pastry into squares of 15-20 centimeters on the side, boil the squares in plenty of salted water, drain them and let them dry on a cloth.

At this point butter and flour a baking dish and make the layers with the dough, sauce, béchamel sauce and Parmesan cheese until the ingredients are exhausted. On the last layer over the grated cheese put a few butter bows and bake in a pre-hot oven at 180 degrees for about 40 minutes. Remove the baking soda from the oven and leave to rest for 10 minutes before serving.

Necessary for the anconetana broth

Preparation of the anconetana broth

First clean the fish, wash it, dry it and let it rest covered with a thin veil of salt. Meanwhile, in a pot boil the fish waste, celery, onion, parsley stalks, tomato and a few peppercorns, for about an hour. At the end of cooking pass the vegetables and fish with a colander to form a narrow sauce.

In a large saucepan put the chopped onion, garlic, parsley leaves, pour the vinegar and bring to the boil. Add 5 tablespoons of olive oil, a pinch of chilli, chopped tomatoes and white wine and adjust the salt and pepper.
Put the small fish sauce and cuttlefish in the saucepan and the cuttlefish should be cooked for 30 minutes. After that, add the other fish and continue cooking for another 20 minutes.

Add the garlic mince and cook with a lid for another 10 minutes. Serve the broth on slices of stale bread and sprinkled with chopped parsley.

Now to the latter with a dish of frontone’s tradition, the rabbit in porchetta.

Necessary for rabbit in porchetta

Preparation of rabbit in porchetta

First clean and wash the rabbit while keeping the head, liver and ends of the legs aside.

With the liver, the head cut in half and the ends of the legs, brown everything along with the bacon in abundant olive oil. Add the fennel seeds and whole garlic cloves and let it season for about twenty minutes.

Remove the bones from the sauce and with the rest stuff the inside of the rabbit, closing with kitchen string.

In a baking dish put the rabbit with a drizzle of oil, salt and pepper and half a glass of white wine and in the oven already hot at 180 degrees for about an hour. Served hot.

The stockfish, washed, dried and cut into small pieces, should be left to marinate with a little milk for about 3 hours. Potatoes should be cut into wedges. Prepare the seasoning in the meantime by putting in a bowl with a little olive oil, the chopped garlic, parsley, onion, rosemary and the anchovies deprived of the head and the slus. In a bowl of fire start the layers putting on the bottom of the pieces of stockfish, on top of a layer of potatoes and a few tablespoons of seasoning, some olive and pieces of tomato. Continue with the layers until the ingredients are exhausted. Adjust the pepper and salt and simmer for about 3 hours with the lid, without ever turning the stockfish. Add a little water if the sauce tends to dry out too much. Serve after resting the stockfish for about 15 minutes.

And now here are the sweets

First put both the raisins and the dried figs in the cold water.

In a pot bring to a boil about 2 liters of water. As soon as bubbles pour in rain the two dough using adagio trying to avoid lumps. Some kind of soft polenta has to come. Remove from the heat, add the figs, raisins and nuts, stirring well. Place in a buttered and floured cake tin and lined with breadcrumbs. On the bottom of the cake tin also a drizzle of olive oil. Bake in an already hot oven at 180 degrees for about 35 – 40 minutes. Serve lukewarm.

First prepare the dough by putting on a flat flour with sugar, lard, butter, whole egg and the two egg yolks, scent with the grated lemon zest and form a smooth and elastic dough. Wrap the dough in a cling film and let stand for at least an hour.

Prepare the filling in the meantime. Whip the eggs to snow and then add the grated pecorino cheese, sugar and zest of a grated lemon.

Resume the dough and with a rolling pin make a not too thin pastry. In this puff pastry with a glass form many saucers about 8 centimeters in diameter in the center of which to put a tablespoon of filling. Fold the dough closing the edges, brush these species of ravioli with the egg yolk and bake them in an already hot oven at 200 degrees for about 25 minutes. They serve cold.