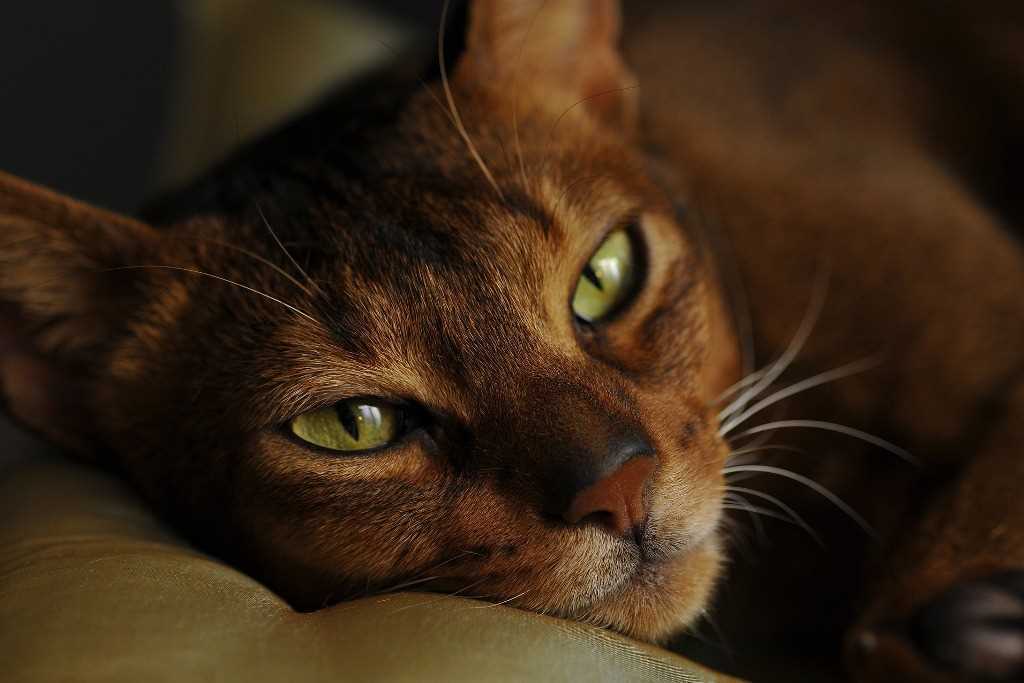 The Abyssinian Cat is a very mysterious feline. Starting with its origins that are very controversial. The truth is that this is one of the oldest feline breeds in the world. During some archaeological excavations in Egypt were found the remains of mummified cats that, compared also with some wall paintings in Egyptian tombs and the current Abyssinian cats, revealed an incredible similarity. And the Abyssinian Cat found to resemble in face and body even the Goddess Bastet. Other experts think instead that she may have made her appearance on Asian soil and then landed on the European continent in the wake of the sailors.

Its name links it to Abyssinia, which is today’s Ethiopia, and derives from the fact that the first specimen of this species, called Zula, a cat introduced in the United Kingdom by Captain Leonard Barrett on his return from the English expedition to Abyssinia, after several crossbreeds with cats with similar cloaks became an official breed in 1882 and is one of the most widespread breeds in the United States, Canada, while in Italy it is still quite rare.

This breed soon became very popular, both in Europe and in the United States.  This popularity was also its salvation, because the two world wars almost decimated this breed. New Abyssinian cats were imported and the breed was perpetuated.   At the end of the 60s of the last century in Great Britain an epidemic of the feline leukemia virus spread, endangering again this breed, which was saved only thanks to the importation of new specimens.

Character of the Abyssinian Cat

The Abyssinian Cat is a very sociable and not very aggressive cat, therefore it lends itself also to children and large families being a very curious feline and attentive to all those that are the activities of the family. It ‘s playful and is very agile and curious especially in the first months of life, is in fact able to show a high level of involvement and develop an affectionate dialogue with the different members of the family, even if you usually choose a human as a favorite, follows him from all over and urges the attention.

Its agility in movements makes it an extremely graceful cat, which is unlikely to do any damage in the house. However, it likes to climb and run, so it is not a cat that can only live in an apartment, unless it is modified for its exercises. He must be able to release his energy in movement and play. A safe garden with trees and a place to run would be ideal for this cat, even if it does not disdain the warm and comfortable house.

It is a cat that tends to be intrigued by the presence of strangers in the house without exaggerating or exposing itself too much.  He does not like to be alone, so if during his day he is at home alone for several hours it would be appropriate to provide him with at least one other animal, possibly a cat to keep him company. However, if well introduced from an early age can also seek the company of a dog.

However, he is also a sly one, so it is good never to leave dishes with food in our absence, because always hungry he tends to steal and even the reproaches can nothing against this nature.

Appearance of the Abyssinian Cat

The Abyssinian Cat is a cat of medium size, its weight in fact ranges from 4 to 6 kilograms. There are two varieties, one European and one American. The European one is more robust, with a larger head and a little less docile, while the American one has longer legs, longer body and is less restless and more docile.

The head has a soft outline, with wide ears at the base and well spaced apart. The eyes are almond shaped and can be green, hazelnut or amber, and are very lively and expressive. The body is slender, slender and graceful with thin but muscular limbs ending in small oval feet. The tail is long, wide at the base and pointed at the bottom.

But it is the coat that distinguishes this breed; the hair is generally short and with a scarce undercoat. The coat is intense in color, every single hair has a basic color, interrupted by two or three bands of darker pigment and always ends with a dark tip.  The coat appears darker along the spine. The color becomes more attenuated and lighter under the neck, on the ventral part and on the inside leg.  His coat is very soft to the touch and pleasant, shiny, very thick and adherent to the body. The colors of his coat range from reddish-brown, copper-red and chocolate brown. There is also a lighter variety but it is quite rare, that is, with the base of the silver-white hair and the colored tip.

Health and care of the Abyssinian Cat

The Abyssinian Cat is a cat very easy to manage, its short hair does not require much care, just brush it occasionally. But as every cat of breed must have its periodic vaccinations especially if accustomed to go outside, and its veterinary checks. It does not lose hair, or very little, although it cannot be considered an hypoallergenic cat. It is quite long-lived, it can reach up to 20 years. It has a generally strong and resistant health and does not present particular problems during its life. It can like other cats however suffer from some genetic diseases, which is however care of a serious breeder avoid thanks to targeted mating.

For nutrition you must consider that the Abyssinian Cat is very greedy and always very hungry, so it is good to use packaged food, both dry and wet in the right quantities for its weight and age. In old age it has a tendency to gain weight.