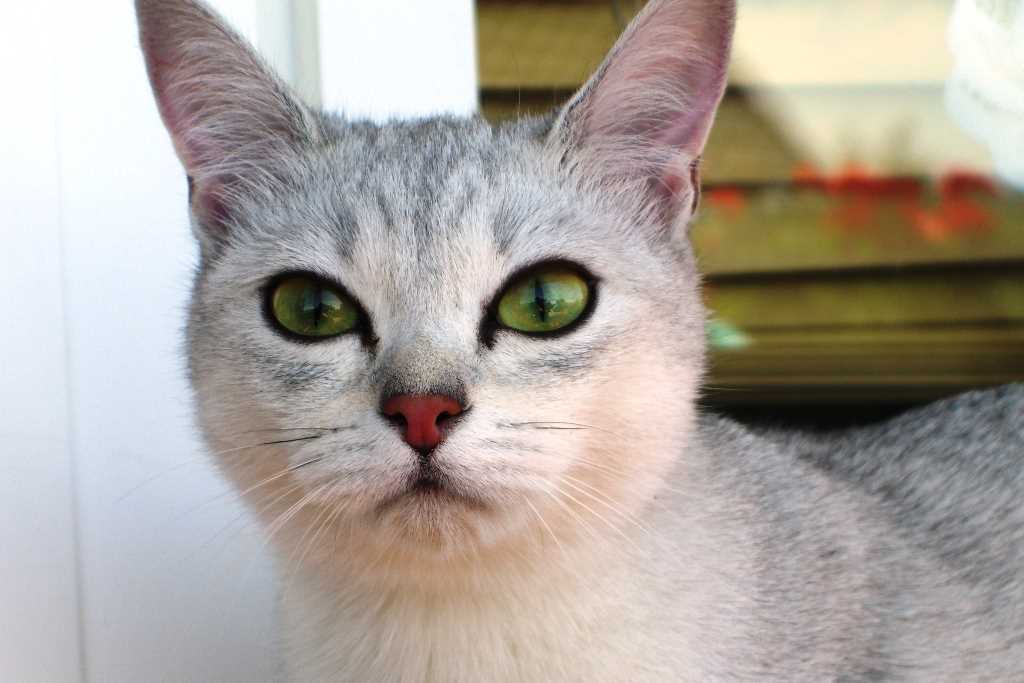 The Burmilla Cat is a very recent breed, in fact it appeared in the early 80’s of the last century and for an accidental mating. A breeder, Baroness Miranda von Kirchberg in Great Britain, had a breeding of Burmese Cats and her husband owned a Persian Chinchilla called Sanquist. Elusa the surveillance, the cat, managed to enter where there was a Burmese cat called Farbergé, who was in heat at that time. So 4 very beautiful kittens were born and the Baroness decided to try the breeding of a new breed. She called her Burmilla which is composed of the contraction of the name Burmese and Chinchilla.

In 1983 the breed was officially presented at the feline exhibition in Great Britain and was very successful. Today it is known all over Europe but particularly in Great Britain and Denmark, while in Italy it is quite rare. The appearance is that of the Burmese, with a muscular and proportioned body and the coat with the color of the Persian chinhcilla.  In England was founded the “Burmilla cat Club”, a club founded by deep admirers of this breed.

Character of the Burmilla cat

From his Persian father Chinchilla took a quiet refinement, while from his mother Burmese the vivacity and intelligence. It ‘still a balanced cat, quiet and with a strong personality. Very affectionate loves cuddles, but does not want to be neglected, and to attract attention sometimes meows insistently. It is not a cat that you can leave alone for most of the day, loves company and interact with family members. In case it should be left alone for many hours every day it is good to think about getting another animal, preferably a cat for company. For other things, get along well with other animals in the family, both cats and dogs.

They are also very vain and love to be pleased by the owner and attract attention, especially with games and cuddles. They do not back down in front of strangers, on the contrary they love to show off with their guests. In general, living with this cat is very easy. She also loves children with whom she enjoys playing with having a lively and curious character but also very playful.

Appearance of the Burmilla Cat

The Burmilla Cat is a medium sized cat, with a stocky and heavy structure, with strong and very muscular bones.  At the same time, however, is agile and elegant. The weight ranges from 3 to 5 kilograms.  The various parts of the body of this cat are all rounded and soft. The head is big compared to the body and is round.  The muzzle is quite short but wide with ears of medium size but wide at the base and with rounded tips. The nose is always terracotta colored. Beautiful are the eyes that are surrounded by black so they are magnetic and very expressive. Their color varies from green to yellow to bright gold and are large and well spaced on the head.  The classic “M” is recognizable on the frond is well marked.

The legs are long, fine and end with oval feet, they are slightly longer on the front. The tail is medium length and tapered. The coat of this cat is short-haired and soft and also very thick and thick. Normally it has more or less marked streaks on the legs, on the tail and around the neck. The background color is pure silver white, but can take on different shades: chocolate, light chocolate tipped, lilac, silver shaded licac, browm tipped and black shaded.

Health and care of the Burmilla Cat

It ‘a strong and robust cat for this does not require special care, just brushing the coat once a week. Although it has a thick undercoat it does not lose too much of it.  In the period of moulting, however, brushing must be more frequent.

He has a life expectancy of about 15 years and has no particular pathologies during his life.  The only thing to pay attention to the kidneys, a pathology inherited from the Persians.  They have a tendency to gain weight because they have a strong appetite, so a controlled, healthy and balanced diet will help to eliminate the problem of overweight.

Ethics in animal testing in my opinion