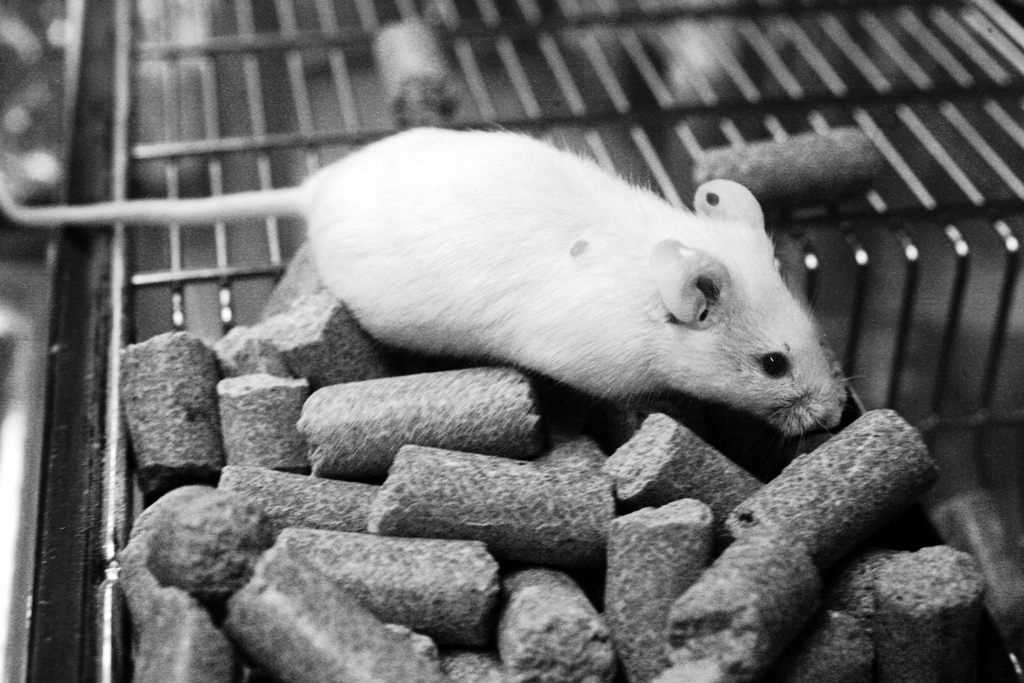 From a moral point of view, how right is it, if right, to resort to animal experimentation? What are the ethical implications of this procedure that has accompanied science for so long? If this blog were famous, I already know that the topic would raise a hornet’s nest but for the moment I have some margin and space to talk about certain topics and express my opinion on it.

I was sitting in front of the desk when I read a question that was emailed to me by a friend. The question was about this: what do you think about animal testing for vaccines? In fact, I am the last person in the world who can make a speech on this topic and so it took me by surprise.

I told him that in my opinion, it is a very sad thing. I wanted the answer not to be sectarian and I carefully avoided giving explanations about that specific thought. In fact, we all know that this is a sad practice but are we for or against it?

As often happens, when I dwell for a long time on a subject, I try to write an article so that I can clarify my ideas and to prevent my preconceptions from affecting my opinions and decisions. However, I would appreciate any comments you may wish to bring to my attention.

Let’s start to understand what animal testing in general has been and what it is. First of all, we need to make a difference between the various types of animal experimentation. Because there are more or less invasive methods. It is possible to define animal experimentation any observation of animal behavior. In fact even humans are animals from a biological point of view.

Precisely, humans are eukaryotes, animals, vertebrates, mammals and primates. The taxonomic classification is more precise but it makes us understand the reason why, have been used and to different degrees are used animals for experimentation.

From a scientific point of view, using similar cell structures is the only way to observe a biological, pathological, pharmacological, physiopathological and biomedical reaction. It is not difficult to understand the reason that drove and pushes researchers to use animals. The question I was asked, however, has a more ethical than scientific nature and can be written in another way.

Is it right to use, make suffer and kill certain life forms for research purposes to save others closer to us? The answer would seem obvious because there is a very high probability that a mother, in order to cure or protect her offspring, in many species of animals including ours, would be willing to do anything. If you think about it, in a different way, in nature for the continuation of the species, mechanisms are put in place whose final outcome is the same.

But we must not forget that there are vaccines and treatments for our pets too. And this makes us see it from a different perspective.

At this point, it seems that the question takes another turn and turns: Is it right to sacrifice others for their affections and for their lives? We human beings are endowed with compassion but it is a feeling that many times must be remembered. For reasons of evolution, we are inclined to suffer more for those entities that are closer to us. How many people die in the world every day? Do we suffer equally for each of them or do we pay special attention to our affections? The answer is obvious.

Therefore a determining factor for our opinion comes into play, that is the usefulness as a measure of a quantity. There are people convinced that the needs of the many count much more than those of the few and that therefore the sacrifice of the few for a higher good must necessarily be considered as something inevitable. In the history we have many demonstrations of it but I will not make any example of this type because we would enter too much in the economic and political field.

How many animal biological entities have been sacrificed for care and research and how many have benefited from it? And if it was me or my affection that had to be sacrificed in that moment would I do it? Would it be right? Let’s not forget that the final phase of experimentation, the relatively safer one, is still done on humans. But in that case we give a choice to the subjects or at least that is what we all hope.

I can bring to your attention a practical example with numbers to make you understand my thinking. Let’s imagine for a moment that we are in a village of farmers. So let’s suppose that every year 1000 kilos of wheat are produced, enough to feed 10 people (the numbers are illustrative, they don’t match with reality). In our example, part of the stocks, about half is reserved for moments of famine, for the defense of the village and unforeseen events of any other kind.

What happens if these people become 30 and there is a period of famine and external incursions? The productivity would increase but the total need would also increase. A logic of fair division would impose that the kilos of wheat would no longer be divided between 10 people but between 30 people and this way of doing would weaken the farmers who would get sick and could no longer produce wheat. Under normal conditions, it seems obvious to me the fate of the poor village that would become extinct.

Nature is very clear in this case, in some conditions, when the resources are not enough for everyone, it is the strongest individuals who use them to continue the continuity of the species. It doesn’t make any sense from a mathematical point of view, to take away from everyone the basal need of calories and lead to suffering and death all of them in the same way. Some species prefer to give everything necessary to the few in anticipation of the future and therefore some individuals are sacrificed by natural selection.

As is clear, even in this case, there would be problems that affect our consciousness. This is a very difficult subject and most people want a clear position, a kind of label. It would be hypocritical to say that those who are against animal experimentation are hypocrites because sooner or later they will benefit from it. It would be hypocritical to say that whoever is in favor is also a hypocrite because you cannot deny the sadness of this practice on innocent animals that deserve to complete their life cycle in peace.

There are people who are convinced that human beings are a kind of strangers to the great circle of life on the planet Earth but the facts say that this is not the case. In one way or another, we have evolved and used our potential to emerge as predators even when we were victims. Because of our intellect we have become the dominant species and you cannot say for sure to a tiger that is bad if it hunts a prey that would like to continue living its life.

Some might say that we currently do not need to cover ourselves with animal skins because we can very well make synthetic ones. Also in this case, the manufacture of synthetic elements leads to an interference in the balance of planet earth because we tend to pollute and exploit the resources of planet earth in an industrial way.

So what can we do if not passively accept the world as it is? In reality there is a way and in part surprisingly it is already taking hold. As the culture of the people increases, the predisposition to expect things to be done in a certain way is becoming more and more common. Scientific progress is slowly adapting to mechanisms that make it more compatible with the growing human sensitivity and the world around us.

The solution in my opinion is not to stop consuming what is offered to us so as to hinder the earnings of the companies that produce or distribute them. If you have been parents and have made sacrifices all your life to make your children study, it seems obvious to me that your children who want to be researchers deserve to have a salary too.

Slowly but surely, many procedures that before were done on animals, are replaced by simulations possible thanks to artificial intelligence. Slowly we will transfer experimentation and production from what is animated to what is inanimate (at least for the moment). As far as I know, there are projects for the total elimination of experimentation on living beings but they need minds and resources.

Do not think that networks of servers powerful enough to process billions of simulations can be powered by an exercise bike attached to a dynamo or that the components can be biodegradable (for the moment). It is a long process that requires time and effort. To make humanity evolve towards knowledge and eco-sustainability is certainly not the person who writes comments on a social network. I am convinced that only we, in full respect of what we are and our potential, should actively evolve with our minds turned towards the future.

Life sometimes leads us to think that what we can collect today is selfishly more important than what we will collect tomorrow but this is not the case. This is not how nature works. There are insects that live only two days and spend their lives, albeit short, with the sole purpose of carrying their species forward. We have the possibility (hopefully) to live much longer and to pass on our increasingly complex knowledge to subsequent generations. It is my opinion, therefore, that only with the mind turned towards the future, on facts and with rationality we can succeed as a species.

For reasons of practicality, since this article is the result of my personal thinking, which can be shared, shared or not shared, it would be better that the various thoughts are inserted below as comments. I believe this is the most practical, quick and orderly way to address a debate on this article as it has been conceived and exposed.

Thank you for having reached this point my friends and I hope it has been a food for thought for you too.

2 thoughts on “Ethics in animal testing in my opinion”