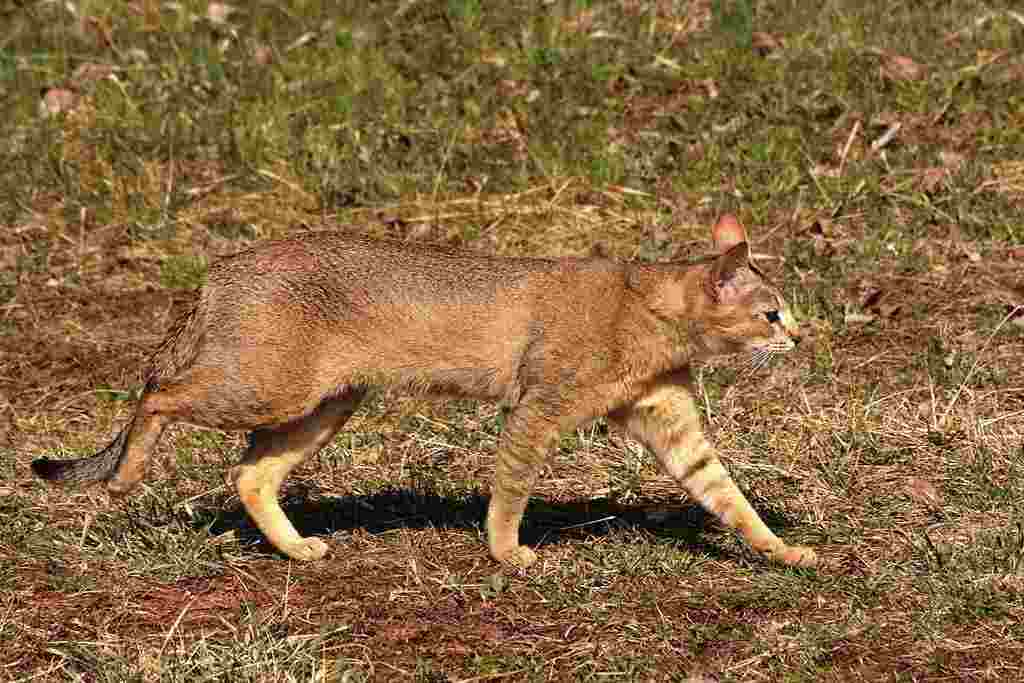 The Chausie Cat was born from the desire of some American breeders to have a cat with the appearance of a wild jungle cat, with the character of a domestic cat.  Around the 1960s, the first Chausie was born, which is a hybrid cat, born from a cross between a domestic cat and a wild cat native to some regions of Central Asia, Africa and the Middle East, called Chaus. The breeders are still working on its characteristics in order to make it look more and more like the wild cat, so it has been crossed with Abyssinians, Bengal cats and domestic cats without pedigree with wild appearance, the wild cat being very difficult to find.

Character of the Chausie Cat

The Chausie Cat is a very lively and active feline. It is sociable but becomes very attached to its owner with whom it establishes a unique and special relationship. Can not stand loneliness, has a continuous need for human company or even other cats, if used as a child even that of a dog. It is a breed, however, not suitable for everyone; it is always lively and hyperactive, sometimes restless and exuberant, so it needs a human who has time to spend with it.

He loves the outdoors, climbing and running, so it is not suitable to live only in an apartment, because being a large size, small spaces condition him a lot. However, it also loves the comfort and warmth of a house, in the bad season. It is therefore a rather demanding cat. Suitable for large families, even with children, because it loves to play, it is not suitable for lonely or elderly people as it needs to vent its energy with climbing, running and walking on a leash.

It should not be forgotten, however, that there is a little bit of the wild in its DNA, so it needs freedom and can not stand the constraints. It is a formidable hunter and if free in a garden this is the activity with which it spends most of its time, bringing its master “gifts” which are not always desired. It must be controlled very well outdoors because its desire for freedom and its curiosity lead it to go far from home.

Appearance of the Chausie Cat

The Chausie Cat is a large feline, the male can weigh up to 15 kilograms, but we know of much heavier specimens. It ‘athletic and muscular, but slender and long and harmonious and well-proportioned.  Long legs, with average bone structure, highlight the cat’s ability to run and jump.   The tail is slightly short.

The head forms a triangle and the eyes, are oval and close together and can be gold, yellow, green or hazel. The ears are wide at the base and with longer tufts of hair at the tip. The coat is short and thick and varies from black to brown to silver. It is the only breed to have, in addition to the other colors, a black and silver, that is, each coat is three quarters black and one quarter silver.  Another type of coat is not uniform but has streaks in which brown and black alternate on every single hair. It presents a thick soft undercoat.

Care and health of the Chausie Cat

This cat is quite long-lived, its life expectancy ranges from 15 to 18 years. It is a fairly healthy breed, but a lot depends on its diet as it is more sensitive to certain intestinal problems, many cats are intolerant to gluten and cannot tolerate industrial kibble. The ideal would be to feed them raw meat, but this must be of excellent quality because it exposes the animal to risks of infection.  As an alternative, wet food, even industrial food, as long as it is of excellent quality, has the advantage of favoring hydration. It is however necessary to try to give it a controlled feeding as it is always very hungry and therefore tends to eat more than it needs.

One of the reasons why this breed has not yet spread is that most of males are born sterile, therefore reproduction is difficult.

The hair does not give particular problems, it loses a minimum amount, with the exception of the moulting period and it is enough to brush it once a week.