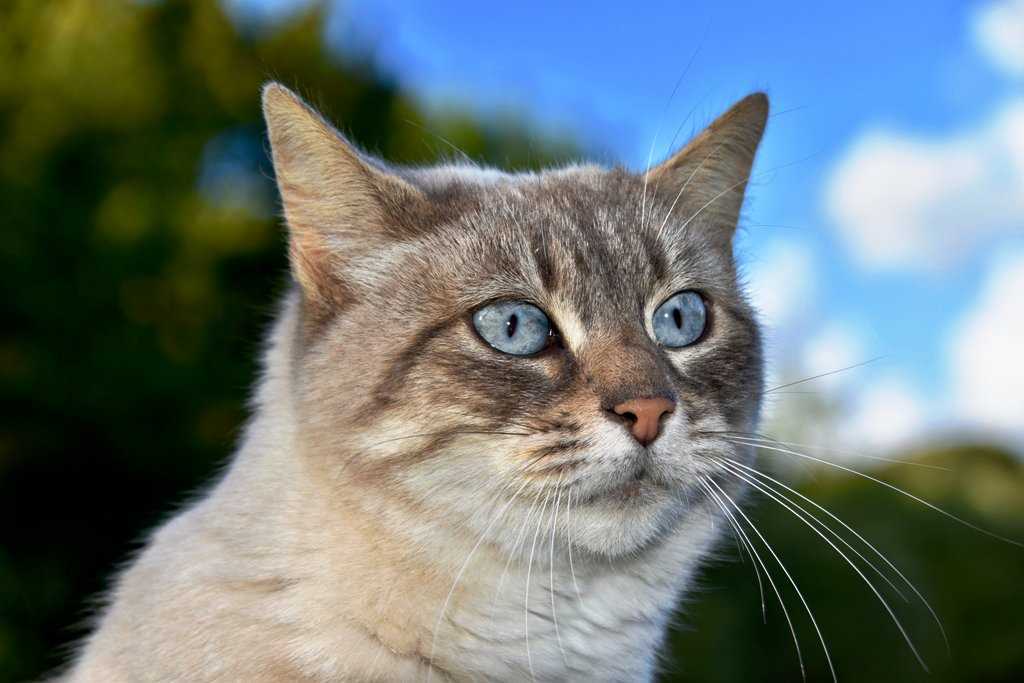 It is that of the European Cat one of the most ancient breeds. It is said that it descends directly from the Egyptian cat and was brought to Europe already at the time of the Phoenicians as a mouse hunter.  The Phoenicians stole these cats to resell them on merchant and military ships where they were much sought after as guardians of the pantries. They were stolen and sold secretly because these cats were all property of Pharaoh and were worshipped as gods. From there they spread then in the houses and in all those places where there was a need to hunt mice.

It’s easy to exchange this cat with a half-breed or stray cat, so there are few breed breedings of this breed, because many people snub him considering him very similar to half-breed cats, instead he is very loved especially in Italy where he is considered the cat par excellence, for his sweet character and thanks to the exceptional ability to adapt to any latitude, climate and environment and probably also to his appearance, so proportionate and without exaggerated morphological details (as happens instead in most other breeds), today the European cat is the most widespread in the world.

Character of the European Cat

The European Cat is sociable and affectionate, has an independent temperament but adapts very well to life in the family and also in the apartment. Intelligent and shrewd, curious, infallible hunter and great master in the art of getting by on his own in all circumstances, he loves to be outdoors, but appreciates very much the advantages of home life, such as assured food, comfortable beds and sofas, warmth and affection of the family.

He loves to play and is curious about everything the members of the family do, even if you choose a human to whom he dedicates all his unconditional love, but he is also affectionate with others. He is a very balanced cat, even if like all cats he has his moments of madness, in which he runs and jumps from all sides, but he does not disdain taking long naps next to his human. He does not like loneliness very much.

He likes to be outdoors, so a safe terrace or garden would be ideal for this kitten, you have to be careful though, because although he loves his family and home, given his strong predatory instinct he could go far away.

This breed can be shy and distrustful of strangers. With animals of the same litter can be very affectionate towards each other, instead with other breeds of cats, should be accustomed up to puppy and even with dogs if bred together as a child can have a quiet coexistence.  In adulthood it is easy that there are problems.

It is also suitable for children as long as the relationships are respectful and has a place to take refuge when the games get a little too chaotic.

Appearance of the European Cat

The European Cat is a cat of average size; the male goes from 5 to 7 kilograms, the female from 3 to 5 kilograms. It is a well proportioned cat, with a long and muscular body. The head is rounded with well developed cheeks, muscular neck as the legs, which are strong, medium length with rounded feet. The tail, of medium length, is thinner towards the tip.

The ears, spaced but well planted on the head can have tufts of fur. Round eyes arranged a bit obliquely; the color of the iris is very varied, depending on the color of the coat, but it is always very lively, it can range from blue to green, yellow and orange.

The European Cat has short hair, with a very sparse undercoat, and can be of many colors.  The hair in fact can be tigrated, spotted or spotted, with a background of different colors and shades.  The colors range from gray to red, passing through white and black and the female can also have 3 colors. However, it is shiny, adherent to the body and elastic.  The most common is the tiger, it is characterized by dark stripes on a brown hair. Very appreciated are also the red tigers.

Health and care of the European Cat

It is a strong, robust and long-lived cat, which generally enjoys excellent health throughout its life span. It does not present a predisposition to particular diseases.  It has a life expectancy of about 15 years, although there have been specimens of 18 and even 20 years. He tends to obesity so it is good to treat his diet in a particular way.

As for the hair does not need special care, it is a cat that cares a lot for its cleanliness, so just brush it once a week. Only during the moulting period, although it does not lose much hair, it is advisable to brush it at least a couple of times or more depending on the length of the hair.

It ‘a very prolific breed and also very early, so it is good to sterilize them very soon, also to avoid possible behavioral problems.