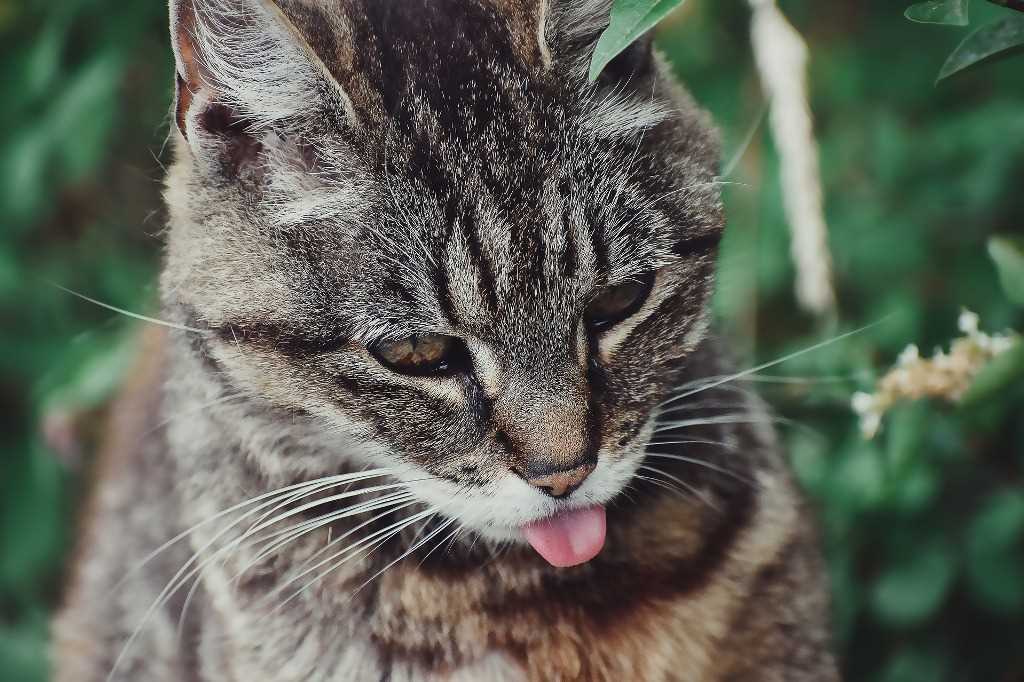 The American Wirehair Cat was born by chance in America in the year 1966.  Adam was the name of this kitten who had a unique feature, the fur, which was hard and curly, more like that of a sheep than a cat. He was born in a litter of American Shorthair. This specimen was brought to a breeder, Joan O’Shea, who mated him with a female American Shorthair from the same litter in order to fix this mutation. And that’s how this breed originated.

It is often defined as one of the so-called “rustic breeds”, that is, those that descend from common cats and that consequently have a robust build and a medium size. It’s a very well known breed in the United States but almost unknown to the rest of the world. This is a pity, because this cat has a very sweet, docile and affectionate character.

Character of the American Wirehair Cat

American Wirehair cats are very pleasant companions. They are known precisely for their affectionate nature. They love cuddles and caresses so much that their request for attention is sometimes imperious. It’s a very lively cat, athletic and snappy, he likes to play and has a lot of fun hiding in the most unobtainable places in the house and if you have the opportunity in the garden. He needs structures that satisfy his need to move, so at home it is good to provide him with some accessories that can make him climb. The best thing for him would be a safe garden where he can run and climb. Beware, however, that he is a great hunter, especially of mice, so he may bring you little presents that are not very welcome.

He also loves the comforts of home, so he adapts very well even in an apartment, and is recommended for everyone, both the elderly and children with whom he has a unique relationship because he likes to play a lot. Every now and then, however, he desires respect and tranquility and a space of his own where he can retreat when he wants to be alone.  He is capable of learning numerous games, especially games of skill that allow him to enhance the development of his intellect and abilities.

With other domestic animals he tends to be a bit of a pest, but all in all cohabitation is good with both cats and dogs. With strangers it is sociable and curious. Although it prefers the company of the family, it is a cat that even alone is perfectly capable of keeping busy and finding something to do.

Appearance of the American Wirehair Cat

The American Wirehair Cat is a medium-sized feline. The weight varies from 6 to 8 kilograms for the male, a couple of kilograms less for the female. Its bones are rather large, but it is proportionate and robust. Very similar to the American Shorthair except for the hard, bristly coat, which resembles the coat of the Fox Terrier breed of dog.

The tail and legs are medium in length, the head is rounded with ears that are wide at the base, large and well spaced. The eyes are large and rounded and the color varies depending on the color of the coat.

As already mentioned it is the hair of his coat that characterizes this breed. It is made up of 3 layers, the cover, the secondary and the undercoat.  It is coarse, thick and thick (each hair is curly or curled), to form curls at the ends. A curiosity: the whiskers are also wavy.

The color of the hair of the American Wirehair, there are no restrictions as to shades, streaks or spots, they can be unicolor, tiger, bicolor and tricolor.

Care and health of the American Wirehair Cat

In general, this cat is quite robust and has no specific diseases. It has a very long life expectancy, the average is 20 years, so it is easy for it to live even longer. He has a rather delicate skin and sometimes suffers from skin problems such as dermatitis, so it is necessary to give him proper food, rich in vitamins and minerals. As for the cleaning of the coat, it is more delicate than it seems so it should be treated with care, brushed at least once a week and since this breed has a delicate and oily skin it would be appropriate to give it a regular bath, at least once a month.