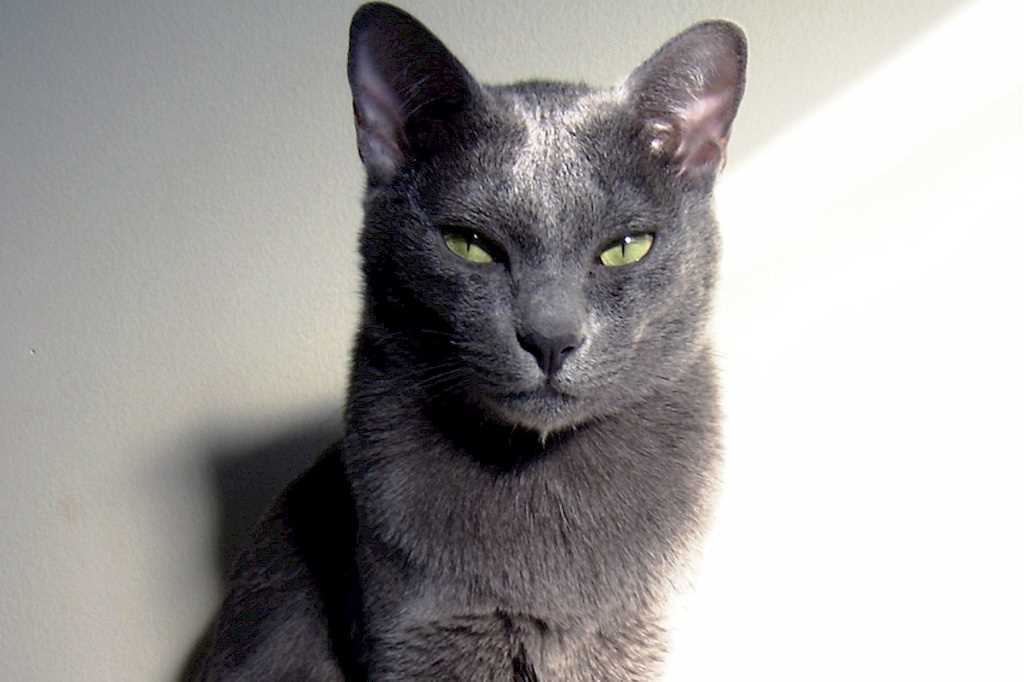 The Korat cat is a very old, natural breed, i.e. it was not created by humans and developed in Thailand, specifically on the Korat plateau, where most of these cats are found. Thanks also to the isolation of the areas where it was most concentrated, it has remained as it was in ancient times even today. In Thailand it is also called Si-Sawat, i.e. Good Luck. It was in fact given as a present to newlyweds as a wish for a happy and comfortable married life. Or placed next to the cradle of a baby, it is a good omen for the success that the newborn will have in life. Even today, it is still carried in processions in villages to propitiate the arrival of rain.

Korat cats are rarely bought in Thailand: they are usually given as gifts because their ability to bring good luck is priceless. They are considered a very precious gift reserved for noble people, diplomats or even royalty. Nowadays, in the rest of the world they have a rather high price because they are very rare.

This cat even appears in the book of cat poems, which is dated 1350. In Europe this cat arrived around the end of the 19th century, while in America the first couple of these cats arrived in 1959 and a breeding of this breed was started by crossing it with the Siamese, five years later the breed standard was recognized in all feline associations.

Character of the Korat cat

The Korat cat is not a cat for everyone. In fact, it has a very dominant character and tends to subjugate all animals and humans to its will. It is a very autonomous animal and does not like conditioning and impositions, so it will not be easy for the owner to establish a relationship of respect and trust. However, when this does happen, you will also get to know the more tender aspects of these cats, which become very attached to a human, of whom they are generally also jealous if there are other animals in the house.

It is not easy for this cat to live with other animals as it tends to be a little tyrant and wants to do everything its own way. As long as its rules are respected, it is a playful cat and gets on well with children, as it never tires of playing. This cat should not be left alone for any length of time as it suffers from loneliness and neither toys nor other animals can replace its favourite human.

It is a curious and very intelligent cat, and is also able to imitate human attitudes and be led on a leash. The female of this species is more enterprising and autonomous than the male, especially if neutered, who is much quieter and more reflective.

Appearance of the Korat Cat

The Korat cat is a small to medium-sized cat. The male cat can weigh between 3 and 4.5 kilograms, the female a little less. Its body is slender, athletic and well-proportioned. It has a powerful musculature and its hind legs are longer than its front ones, which allows it to jump very high, almost effortlessly.

The face of this cat is unique, it is heart-shaped, with a slightly pointed chin. The eyes are large, round and of an intense green colour, the ears are large with rounded tips. The tail is of medium length with a rounded tip.

The colour of the Korat’s coat is only one: grey.  However, it has a singularity; each individual coat is divided into three different shades of grey: light at the root, darker at the centre and completely transparent at the tips. This transparency of the tips gives the coat a shiny appearance, which gives the whole coat a silvery sheen. The coat is short, silky, shiny and adheres very well to its physiognomy.

Care and health of the Korat cat

This cat has a very long life expectancy, even up to 30 years. The Korat can be affected by a genetic disease called gangliosidosis. It tends to disappear over generations, but is still present in some families of the breed. There is no cure for this disease, which causes the kitten to die around 8 months. The Korat cat is also very sensitive to humidity and large temperature variations. This can lead to respiratory disorders.

As far as its diet is concerned, this cat is not a great eater, but can gain weight due to a lack of exercise.

As it does not have an undercoat, it does not lose any hair except during the moulting period, and for grooming its coat, a wipe with a soft glove once a week is sufficient.