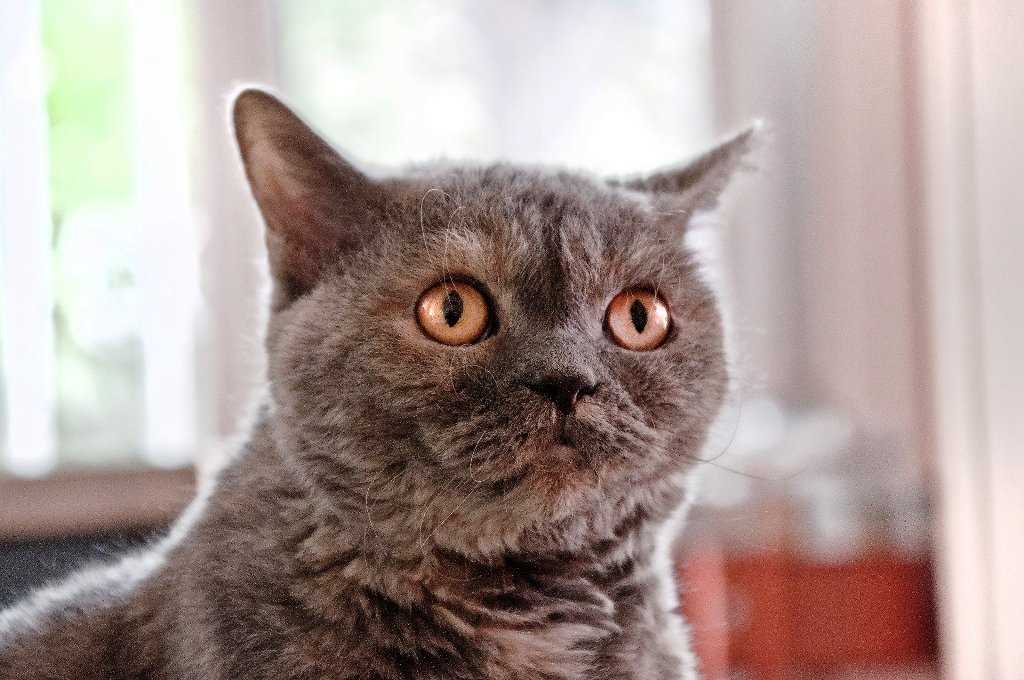 The breed of Selkirk Rex cat is rare and rather recent. It was born in the USA in 1987, in Wyoming, in an animal shelter, where a kitten in her litter gave birth to a kitten with naturally curly hair.  This was crossed with a Persian and half the litter was born with curly hair. Jeri Newman, a breeder of Persian cats started a new kennel and named it after her father-in-law, “Selkirk”, while “Rex” was added as a reminder of the unique curly coat. From this first cross-breeding it was discovered that hedgehogs were derived from dominant genes. Therefore, it is sufficient that only one of the parents has it for about half of the kittens to have this characteristic (that of all the other Rex cats is, on the contrary, recessive, therefore both parents must have it for transmitting it to the offspring).

The breed has been developed in two hair lengths, long and short. The Silkirk, as we have said, has in common the curly coat with the Devon Rex and the Cornish Rex, but compared to these it has a more robust build and a very different character.

Character of the Selkirk Rex Cat

The Selkirk Rex Cat has a calm, cuddly and very playful character which is the result of the different cross-breeds that have been made to select the breed. It loves an active environment, being with children and other pets and playing any game its human wants.

This breed does not require too much attention but loves interactions with people and is not happy when often left alone. It is therefore a breed that suits everyone, whether elderly, families with children or even other animals.  It can live happily in a flat, but it also appreciates being outdoors, so a safe garden or terrace is ideal for letting off steam.

In addition to its very special coat, this cat is also known for its very funny expression, which always seems to be sulky, and for its propensity to follow its human everywhere, so much so that it is called a dog-cat.

This cat quickly understands the routine of its family and adapts accordingly. If it wants something, it will know exactly when to ask for it. It is also very intelligent, in fact it can easily learn to open doors and drawers in search of something to play with, as it does not, like other cat breeds, like to sleep a lot, but needs stimulation in order not to get bored.

Appearance of the Selkirk Rex Cat

The Selkirk Rex Cat is a medium-sized cat, the male weighs around 7 kilograms and the female a little less. It has a well-developed musculature, medium length paws with a strong bone structure, short, wide and muscular neck, rather short and little tapered tail.

The head is round and broad and has full cheeks in both males and females.  Large round eyes, well spaced out, of an intense and brilliant shade, the colour of the eyes can have all possible shades of blue, green and yellow. The ears are not very large, well spaced apart, with rounded tips and tufts of hair curled at the tips.

But the distinguishing characteristic of this scratching dog is its coat. It can be found either short or long, but always very curly, similar to sheep’s wool. The whiskers, eyebrows and inner ear hairs are also curled. Unlike other curly-haired cats, it has three layers of hair. The long-haired specimen always looks shaggy, the short-haired one looks like a small bear. All possible colours and genetic patterns are accepted.

The Selkirk Rex may also be suitable for allergy sufferers.  It is among the cat breeds classified as ‘hypoallergenic’, because its saliva produces little Fel-d1 glycoprotein, which is responsible for many allergic reactions.

Health and care of the Selkirk Rex Cat

It is a healthy and robust cat that has no breed-related health problems. It has a fairly long life expectancy of up to 20 years. However, the risk of hereditary diseases is always present, in correlation with the breeds from which they originate.It must be protected from sudden changes in temperature or extreme temperatures (either too hot or too cold), although it tends to suffer much more from heat than cold.

As far as feeding is concerned, it is necessary to be vigilant about the nutritional quality of the food and above all the doses to be given to prevent it from gaining weight.

The particular coat needs a lot of care, usually the hair is brushed three or four times a week, during the moulting period even every day, to avoid annoying knots which are difficult to remove.  It also gets dirty quite easily, so it is advisable to give it a bath every now and then.

Having a very thick coat it tends to lose a lot of hair especially during the moult.