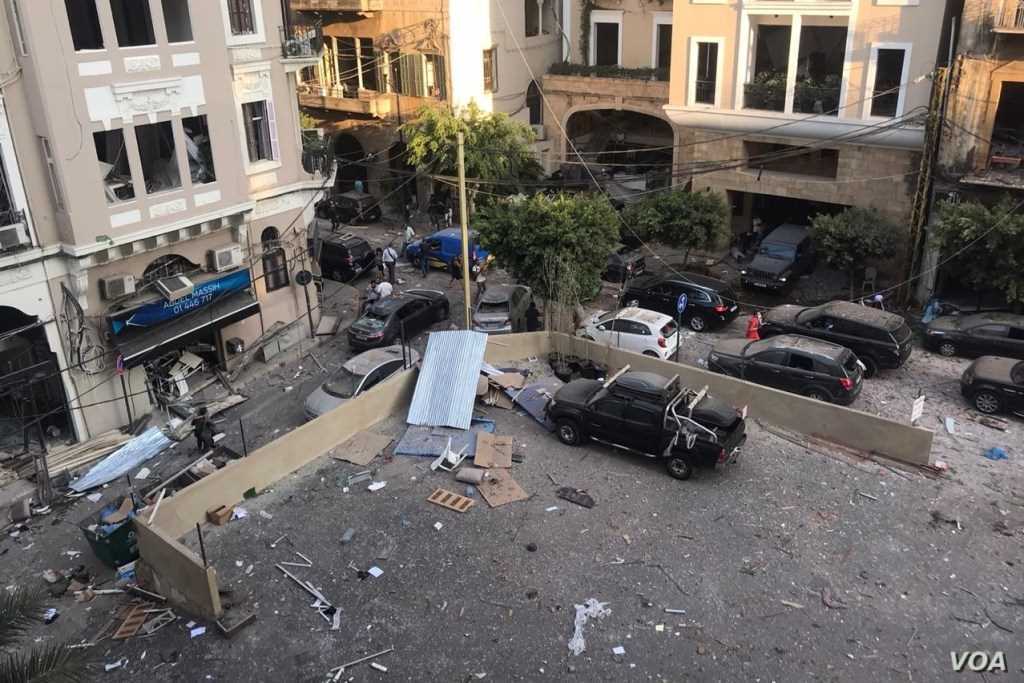 On Tuesday afternoon, August 4, 2020, Beirut, the capital of Lebanon, would be overwhelmed by two huge explosions in the port area. Many dead and wounded of which the exact number is still unknown as there would be more than 100 missing. The numbers would speak of at least 100 dead and 4000 injured. The damages would be huge, it would speak of 300,000 people left homeless, 3 hospitals half destroyed and the explosion would have caused damage to about half of the city territory, it is estimated for over 3 billion dollars.

The dynamics of the tragedy would still not be clear and whether it was a dramatic accident or an attack. What is certain is that a warehouse would have exploded in the port of Beirut where about 2750 tons of ammonium nitrate were stored, which were seized several years ago by a ship.  This was confirmed by President Michel Aonun, quoted by the BBC online after an emergency meeting of the Supreme Council of Defense in the presidential palace of Baadba and where the President himself wrote on a Tweet that it is unacceptable that 2750 tons of ammonium nitrate were stored in unsafe conditions.   The head of the national security forces, General Abbas Ibrahim, allegedly said that the source of the disaster was a fire that developed in a warehouse used to store highly flammable materials seized in the past. However, it would not be clear yet the dynamics of the facts, but there would be several coincidences that would leave room for doubts and questions at the moment unanswered. In the various videos on the internet you can clearly see the two powerful explosions. The first smaller one that causes a fire, the second a few seconds away from the first one, was so strong that it evoked the spectre of a nuclear explosion. Now a giant cloud overlooks the city and its inhabitants have been asked to leave the city center as soon as possible given the toxicity of this mushroom-shaped cloud. The scenes that can be seen now in that city are apocalyptic.  No building is left with the glass intact. On the coastal highway going north for a long stretch you can see semi-destroyed cars while the roadway is covered with debris. Near the port the roads are covered with glass, trees, destroyed cars and puddles of blood. Blood of people hit by the rain of glass that followed the explosion and that was the main cause of the injuries, even for those who were not in the immediate vicinity of the port.

This umpteenth tragedy, would come at a very delicate moment in the history of Lebanon. The financial crisis that would never have been experienced before, not even during the civil war, where in a few years there was a shift from prosperity to misery, and the crisis would be accentuated during the coronavirus pandemic. The value of money would fall so much that most of its population would have problems to make ends meet and even buy food. The stocks of wheat that were in the port, where the Russian wheat that would cover the needs of the entire country would arrive, would be almost completely destroyed.  Everything would have started from the first popular demonstrations of October 17th of last year, when the Lebanese, arrived to the limit of tolerance, took to the streets, united against the corruption of the politicians that for over three decades have literally robbed the entire country and divided among them the accumulated foreign debts, making Lebanon the third most indebted country in the world. In addition, Lebanon has the worst infrastructure, the worst services, the total lack of public assistance in health care, schools and pensions. We really have to ask ourselves how Lebanon will recover after this tragedy and with the very serious crisis that it was already experiencing.

Still a provisional death toll because we are still digging under the rubble of the explosion on Tuesday afternoon. To date the updated number would be 137 victims and over 5000 injured.  Meanwhile, on Thursday night in Beirut a violent anti-government protest broke out in the area of Parliament. The police would have launched tear gas to disperse the crowd that would have taken to the streets to denounce the bad government following the explosion on the port. There is still great uncertainty about the causes of the explosion. There are many rumors that would go around. Some would blame Israel for dropping a bomb to hit Hezbollah, others for some careless welders, or as it was reported at first, the fire of a fireworks factory.