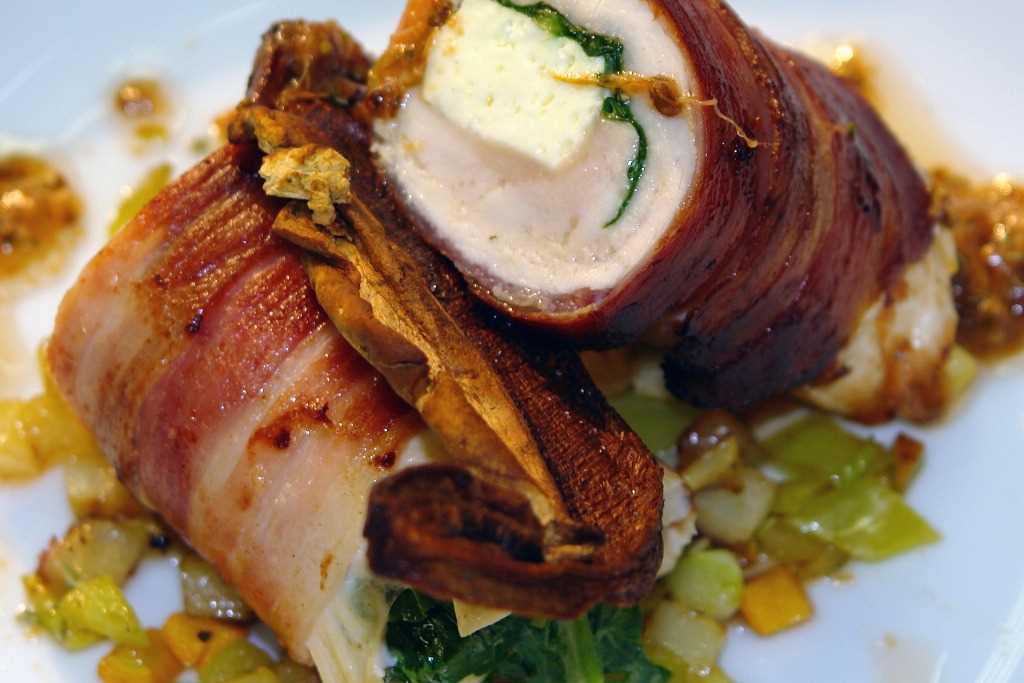 Chicken is one of the most used meats in the kitchen. Its meats are rich in protein and have low fat, so they are also indicated in low-calorie diets. The ways to cook chicken are really many and adapt to all tastes. Let’s start with the classic recipe, the one we’ve all cooked often and willingly, roast chicken.

It is a very simple and easy preparation and if you observe some simple rules, our chicken will be golden, tasty and cooked evenly.

First do not immediately put the freshly removed chicken in the oven, but leave it for half an hour at room temperature, this to make sure that its meat cooks evenly.

If you can find it, free-range chicken, that is, the one grown and raised organically, is always preferable to the one found at the supermarket. The taste will surely gain.

The preparation of the chicken is to leave it whole and remove the entrails and then wash it well, but have the care to dry it very well before cooking it.

As soon as you put the chicken in the oven place it with the chest down and only after twenty minutes turn and finish cooking.

Another important thing is to wet the chicken with its cooking bottom at least 3 or 4 times. That said, let’s move on to the ingredients and preparation of our roast chicken.

Prepare a dressing by finely chopping the garlic, rosemary, sage, bay leaf and oregano. Add the salt and pepper and mix everything.

Clean, remove the entrails, head and neck and lower legs. If you have managed to find a free-range chicken, you will find small parts of the feathers still attached to the skin, then pass the chicken on a flame to burn these parts.

Wash the chicken under cold running water and dry well. Brush all the chicken with olive oil.

With the mince that you will have prepared massage all the skin of the chicken and put a couple of spoons inside, trying here to massage it well to make the meat absorb the seasoning.

Put it in the oven and look at the suggestions I gave earlier. The oven should be warm at 180/200 degrees. Cook for about an hour.

If you need to use it immediately do not need to do anything, if you have to wait before serving it, put it in a sheet of aluminum paper not sealed, otherwise it will continue to cook and will lose its crunchiness becoming soft.

As a side dish with roast chicken you can use many types of vegetables, the best side dish however always remain baked potatoes.

Chicken to the hunted

The hunted chicken is cooked throughout Italy in different ways and with different ingredients, the original recipe however is said to be Tuscan. It is a very tasty dish and easy to prepare. I recommend together homemade bread because the sauce that remains from the cooking is yummy on the bread and serves to make the so-called shoe.

Let’s prepare the chicken first, which is cut into pieces, washed and removed

excess fat. We also prepare the vegetables, that is, celery, carrot and onion, finely chopped.

In a rather large saucepan put a couple of tablespoons of olive oil, not much because the skin of the chicken contains a lot of fat that will melt in cooking. Combine the chicken pieces and brown all the parts well. It’s going to take about 10 minutes. Then add the chopped vegetables, the whole crushed garlic and the rosemary. Season with salt and pepper and sauté for another 5 minutes.

Combine the red wine, raise the heat and evaporate completely. Remove the rosemary and garlic and put the chopped tomatoes.

At the end of cooking, before bringing to the table, sprinkle the chicken with a few leaves of chopped parsley.

As I said, there are many variants of the hunting chicken, almost one region. Some ingredients change especially spices.

For example, in the Sicilian-version hunting chicken, you put black olives, wild fennel, pickled capers and chilli instead of the vegetables I said before.

In the Roman version the anchovies without shale. In the Neapolitan one, the black olives, basil and chilli. There are still many more and all tasty and it is worth trying all of them.

A recipe a bit exotic but simple and tasty. If you accompany it with grilled vegetables or rice it becomes a complete unique dish.

A medium-sized chicken in small pieces

In a rather large saucepan cook the crushed garlic clove in a couple of tablespoons of olive oil, remove as soon as it will be golden and add the lightly floured chicken pieces and sage leaves.

When the pieces are golden from all sides add the white wine and let it evaporate completely.

In a cup of water melt the saffron, and add it to the chicken after salting it.

Close with a lid and cook for about 30 minutes. If at the end of cooking the sauce is too liquid, remove the chicken pieces and thicken it with a little flour.

Bring to the table by covering the chicken pieces with the sauce.

A second dish of sure success, thanks to the delicate flavor and aromatic taste that gives it the marinade with beer and herbs.

For marinating I recommend a time of about 2 hours or more.

now we prepare the marinade. Put the beer, thyme, rosemary sprig, 1 crushed garlic and a pinch of pepper in a large bowl. (If you have any, you can put black peppercorns. In this mixture put the chicken pieces, cover with a cling film and put in the refrigerator for at least a couple of hours.

After this time, take the chicken pieces, (putting aside the marinade) dry them and pass them in a little flour.

Put a couple of tablespoons of olive oil and butter in a saucepan and brown the chicken, turning it often to brown evenly. Remove the meat and place it in a baking dish, adjust the salt and put in the marinade you have kept aside. Put it in the oven already hot at 200 degrees for 30/35 minutes. At the end of cooking, serve the chicken with the marinade sauce.

A quick and easy preparation, but very tasty.

It is prepared in less than 30 minutes, and will make children and adults happy.

Make four slices from each chicken breast, then a total of 8 pieces.

Beat them with a pestle and put on top of each a slice of cooked ham and a couple of slices of cheese, finish with a few needles of rosemary. Roll each slice and close it with a toothpick.

Prepare a mince with garlic and rosemary and fry in a pan with a little olive oil. Put the rolls and cook slowly adding the white wine a little at a time, closing the pan with a lid It will take about 10 minutes. Adjust the salt and serve hot.

Flour the rolls and brown them evenly in a pan with a couple of tablespoons of olive oil.

Add the white wine and let it evaporate completely, add a glass of water, adjust the salt and pepper and close the pan with a lid.

Cook for about 20 minutes. After this time add the peas and cook for another 20 minutes. Be careful that the cooking sauce does not become too dry, so in case add a little water.

A tasty variation is to add to the mince to stuff the chicken breasts a slice of smoked bacon.