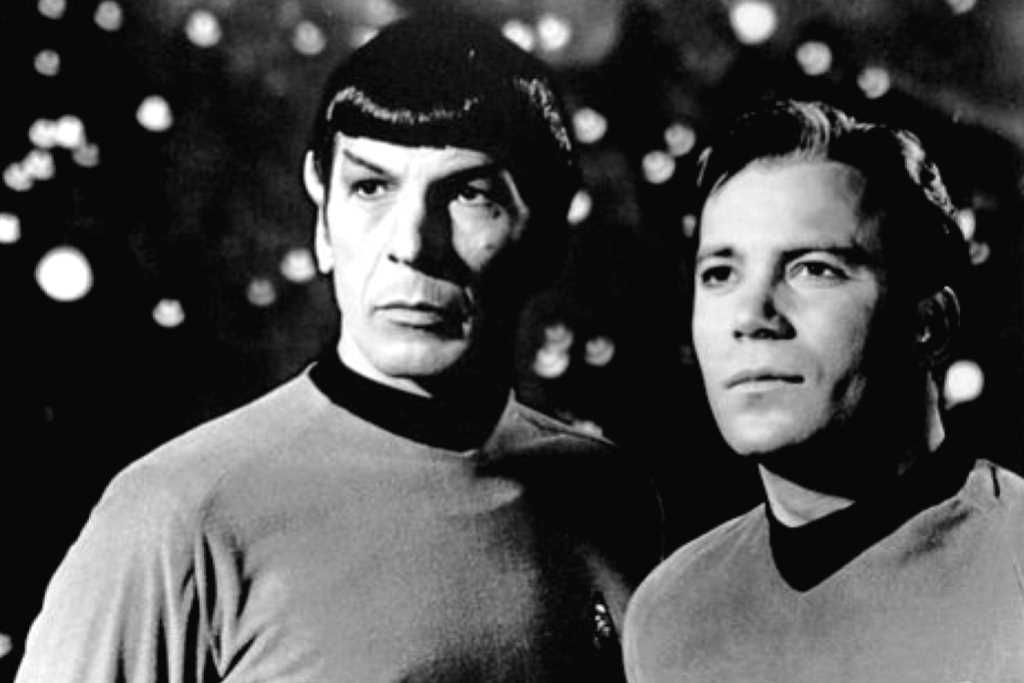 For fans of science fiction and TV series I would like to start a collection of the major TV series of this genre over the years. Being a fan of this genre myself, I have my own preferences of course and I hope not to be influenced by this, because every successful series, and there are many of them, has in itself something unique that has impressed the audience in different ways. Star Trek, the classic series, I think it’s the first big science fiction TV series, and watching today episodes that date back more than 50 years ago, certainly the special effects are not what we are used to watching TV series today, but they were certainly pioneering and have been able to influence not only the audience but also scientific research, with technological objects that have become common today such as cell phones, space traveling shuttles and satellites.

Beautiful the opening sentence of each episode: “Space, last frontier. Here are the journeys of the spaceship Enterprise during its five-year mission, directed to the exploration of strange new worlds, in search of other forms of life and new civilizations, to reach where no man has ever gone before”.

The series has been defined by its creator Gene Roddemberry, a caravan to the stars, is set in the 23rd century and narrates the space adventures of the spaceship Enterprise and its crew in a hypothetical future in which the inhabitants of Earth came together in the United Earth World Government and came into contact with other sentient life forms, coming to form with them the birth of the United Federation of Planets. In this series, as in all those belonging to the Star Trek saga, humans have achieved a better existence based on the collaboration of all human beings, without distinction of sex or race, without wars or money, which was abolished by returning to barter. Without famine, as replicators provide everything one needs and without disease as medical science has made incredible progress. So the only enemies come from space, and then, alien races, unknown planets and rescue missions are the challenges that are faced by the mythical Captain Kirk and his crew.

A bit of history in this series. The first episode of Star Trek had Captain Pike as its captain, but the episode was considered unadventurous and Captain Pike very melancholic, so a second version of the pilot episode was filmed with Captain Kirk who proved to be up to the challenge. His impulsive character, but brave and just, who does not back down in the face of danger and ready to sacrifice himself for his own ideals and those of the Federation. Captain Kirk considers the members of his crew his family and Spock, McCoy and Scott his best friends.

Spock is the most unique character in the series. Vulcan by birth, but son of a Vulcan and an Earthling, and as such he took from his father the perfect mastery of emotions, but from his mother his emotional side. He is also remembered for the unique way of greeting, dividing his fingers to form a V and the beautiful wish: “long life and prosperity” and for the pointed ears, typical of Vulcans. On the Enterprise is the scientific officer, a valid help for the captain especially in times when logic and rationality become essential for the success of the mission.

During this series was for the first time broadcasted on TV an interracial kiss, the one between Captain Kirk and the beautiful Uhura, the communications officer. The kiss risked to be censored, but it was instead a message of love and equality whispered on the tip of the lips that made a lot of talk about itself, in those years very different for the relations between races. But Star Trek contained many innovative elements and explosive messages, just think that in addition to Spock, who was even from another planet, the crew included a Scotsman, a Japanese, a Russian and a black woman. It was also a forerunner of technologies that have been taken from many other films and television series such as teleportation and time travel. The strength of the characters of Star Trek in my opinion is humanity, they are not superheroes, but normal people who can make mistakes, but they try hard, people with whom we can identify, but from whom we can draw examples of honesty, friendship and fraternity.