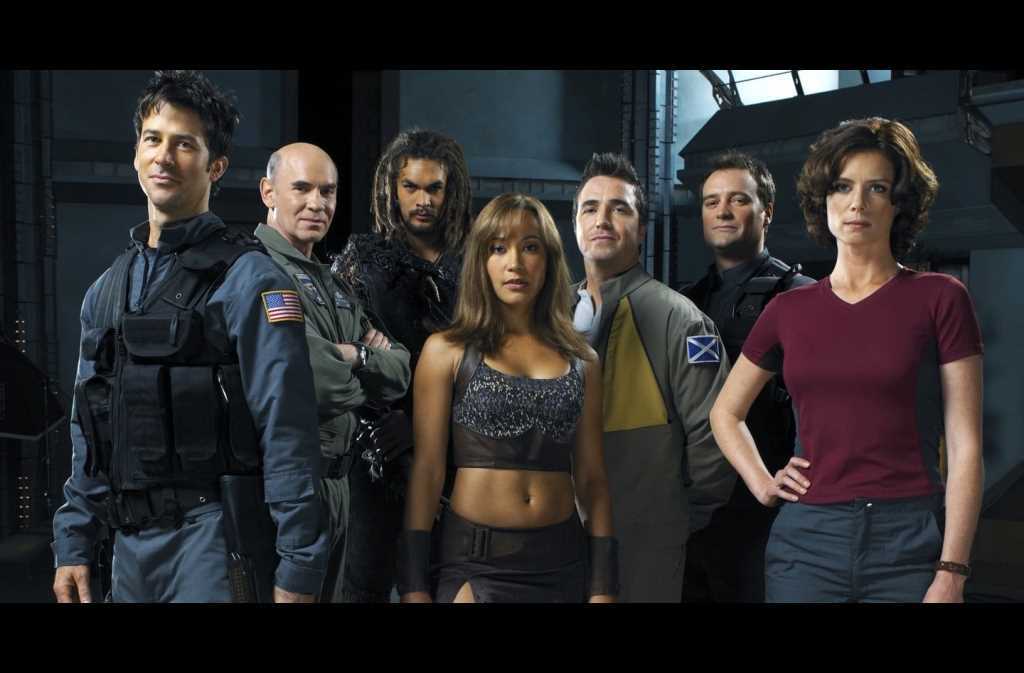 This TV series, born as a spin-off of SG1, quickly managed to become a completely independent series, and one of the most interesting and successful of its kind. Much is due not only to the characters of the main team but also to the setting. This is the lost city of Atlantis, with all its mysteries, its technology, very advanced, and the discoveries that our team makes about its builders and its history. The city is truly fantastic with its technology that can hide it in the depths of the sea and make it re-emerge. The discovery of its mysteries, which happens gradually, has been treated in a masterful way.  The plot takes place with Dr. Weir who finds a secret base in Antarctica abandoned by the Ancients, who are the original builders of the Stargate, and after finding the eighth Stargate symbol, the team leaves on a one-way trip to the distant constellation of Pegasus in search of the city of Atlantis.

With the Stargate they manage to arrive, but the ZPM, which is the power source of the city, is almost exhausted and this leads to the disappearance of the shield protecting the city that is currently submerged. Here begins the adventures of our team that is formed by scientists and military. Dr. Elizabeth Weir leads the expedition with Dr. Rodney McKay, John Sheppard, Dr. Carson Beckett and shortly afterwards Teyla Emmagan and Ronon Dex. Scientists Weir, McKay and Beckett are protected by the militia, commanded by Major Sheppard with the help of Teyla and Ronon.

This series has a new enemy, very fearsome, the Wraith. This species forced the Ancients to leave the Pegasus galaxy. They feed on the vital energy of living beings and for this reason they keep thousands of worlds populated by humans as a source of food. The civilization of this race seems to have center in huge hive ships. They can clone themselves and therefore in a short time they have become very numerous.  The Ancients, who are a very ancient race that once inhabited the Earth and other planets of the Milky Way, were decimated by the Wraith in much greater numbers and took refuge on Earth with their city, have handed down to the Greeks the legend of Atlantis and their only gene.  Very few humans on Earth still have the gene that allows them to use the technology of the ancients. Among them is Major Sheppard.

The Athosians are humans from the planet Athos, Teyla Emmagan is the leader of this population and joins the team of Atlantis. Her peculiarity is to sense the proximity of the Wraith by picking up their telepathic communications. Teyla is therefore valuable for this power.  Other enemies are the Asurians. Similar to the Replicants, however, they have human features and were built by the Ancients to fight the Wraith. The Asurians have been isolated on a planet for thousands of years. When humans got in touch with them they thought they had finally found the Ancients. Instead, they found fearsome enemies who will try several times to attack the city. Their technology is the same as that of the Ancients.

The various seasons unfold telling stories of war, friendship, loyalty and courage. Our subjects are a close-knit team and the whole thing is very well narrated, also very well understood the character and values of our protagonists. There is a lot of suspense in each episode, but everything is masterfully diluted by dialogues sometimes very funny, by McCoy’s obsessions of protagonism, by the extraordinary strength of Ronon Dex.  Each main character has his own characteristics, his principles, but integrates very well with the others. It’s a series to be seen, that never gets boring and that has really intriguing twists and turns.