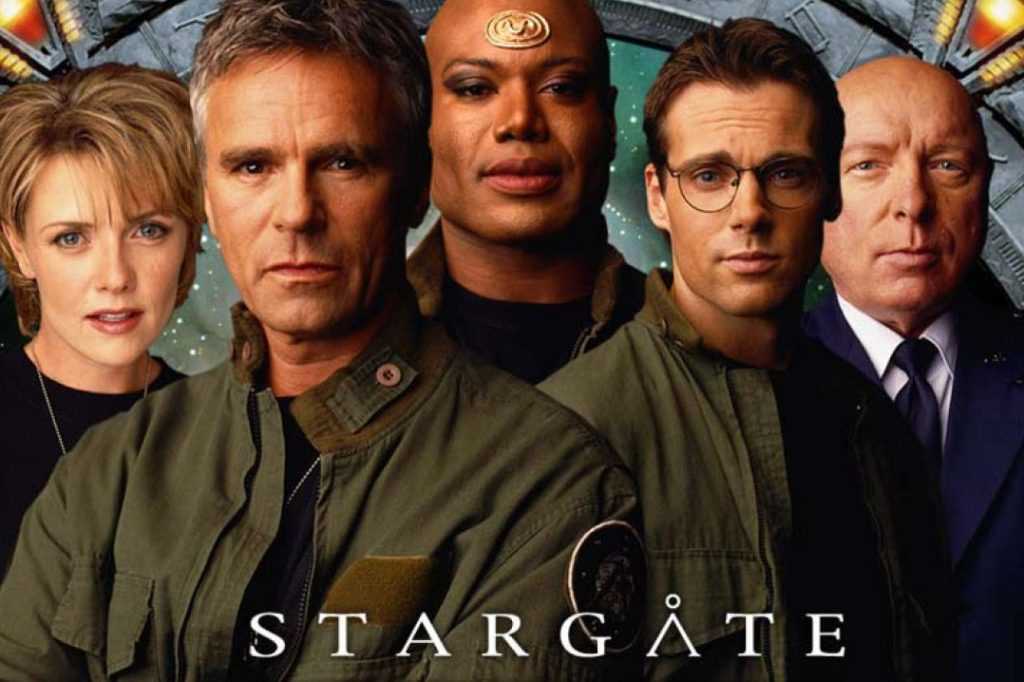 The first episode of this series dates back to 1997 and is based on the 1994 movie Stargate. This series does not take place in the future, but in the present day, in the same period in which it is broadcast. It starts where the movie ends, that is, with the killing of the cruel alien Ra (considered a God in ancient Egypt), the discovery of the Stargate and its use to go to another world. It is Dr. Jackson who first manages to make the Stargate work and that, after freeing the world on which he landed thanks to the power of the Stargate, from the terrible alien that keeps that population enslaved, he remains there to study the inhabitants, who discover human beings that those same aliens had transported there to become slaves, since the time of ancient Egypt.

After about a year after these events on Earth, the Stargate portal is not used, until a group of aliens activates it and invades the secret base where it is kept, killing some soldiers. The team is then reactivated and you return to the planet Abydos to discover the origin of the aliens. However, it turns out that the portals are not only a connection between Earth and Abydos, but you can go to an infinity of planets through the Stargate and from here begins the discovery and knowledge of many species, both alien and human, because in other planets were also brought terrestrials. Alien invasions, dangers for the Earth, both allied and enemy races, alternate in the various episodes and seasons of the series that with its 10 seasons is one of the longest sci-fi series. Much loved by fans of this genre, has had in addition to various movies, also two spin-off series, Atlantis and Universe which I will talk about in other articles.

Protagonists of this series are the 4 that form the team of explorers on which the whole series is based.  It has been a really good team starting with Colonel Jack O’Neill, Captain Samantha Carter, Dr. Daniel Jackson and Teal’c. As long as it lasted this series was very successful, because it was not limited to the recipe: “stargates, planets, explorations”, but it offered much more, also drawing on mythology and various religions. Also the military role is often drawn, therefore, loyalty, honesty, heroism and courage are the characteristics of the characters of the team.  At the same time, these heroic characters also prove to be very human, with their mistakes and sometimes even sins of presumption, but they try to make up for them at all costs and constantly improve themselves. Another strong point of the series is that they try to alternate moments of great suspense with funny situations, where the protagonists show a healthy dose of self-irony.

Among the most curious characters in the series, the Asgard, a highly evolved and advanced alien race, who help the earth in many ways. Replicants, robotic units that reproduce themselves, invading planets and destroying everything as they pass. They have acquired the technology and vast knowledge of the Asgard and are very dangerous. The first enemies instead refer to the Egyptian mythology, with the various leaders who have the name of the Egyptian Gods and have the appearance and uses.  It’s called Goa’uld, a kind of symbiote that takes possession of a human body or similar, gives it superhuman strength and greater resistance to poisons and diseases, the ability to regenerate wounds and slow aging.

The plot has many twists and turns, and never gets tired or has periods of less interest. A series therefore to see and enjoy for lovers of science fiction.