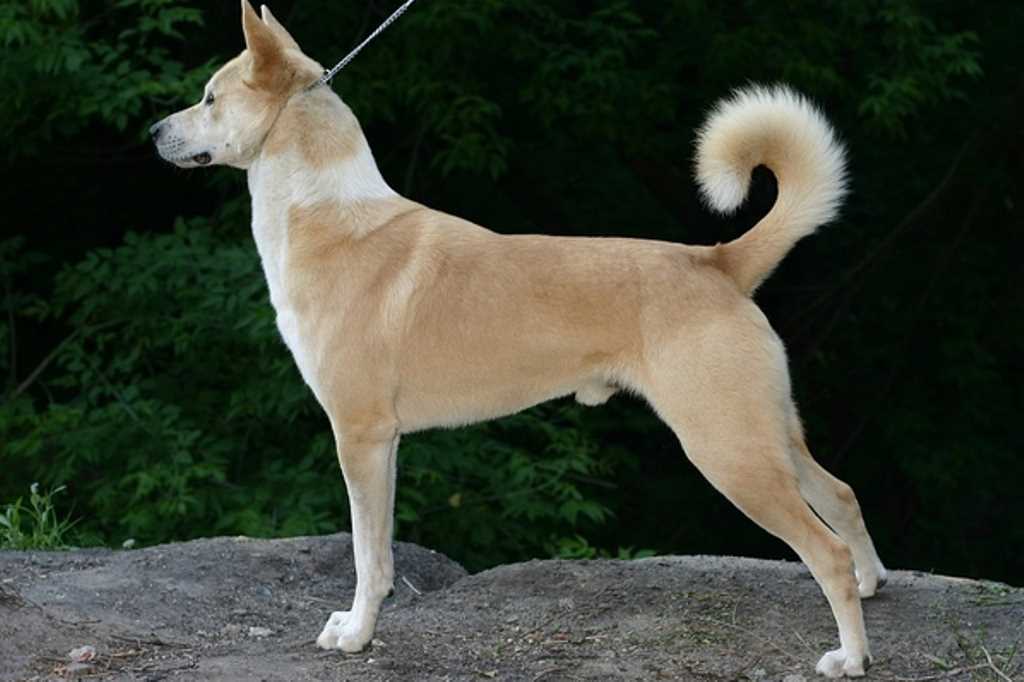 The Canaan Dog breed originated and evolved in Palestine and has very ancient origins. Until a few years ago it was known only in these territories, but today, thanks to breeders, it has found many admirers in Europe and especially in the United States.

Its origins are very uncertain, but it is thought that its ancestors may have been different breeds of wolf shepherds, and most likely also the Collie. Enthusiasts of the breed claim that the Australian Dingo has contributed to the current morphology. Until a few years ago there were two morphologies of this breed, the “Dingo” and the “Collie”, which were then merged to create the current Canaan Dog.

For a long time it was a wild dog, living on the edge of the Bedouin camps where it tried to steal a little food and they adopted some dogs of this breed to protect their fields and their herds. This was until an expert dog lover, Professor Rudolfina Menzel, in 1937 received the assignment to select dogs that would then be used in the service of the army, and it was she who became interested in the Canaan for its character, its great learning capacity and its remarkable versatility. He thus became the official dog of the Istraeli army.

The Canaan was used extensively during and after World War II for patrol, search and guard duties: one of the first dogs trained to search for mines was a Canaan. In its native areas it was often used during the various wars as a rescue dog, as a messenger and for searching for the wounded.

Character of the Canaan Dog breed

The Canaan Dog has a truly extraordinary character. Loyal and reliable friend, obedient and devoted to the master in an absolute way. If the guard and defense of the owner are absolutely innate in him and do not need any training, as for obedience you have to start working with the puppy very small, but it is very docile and easy to educate.

The Canaan dog is the only primitive dog to be used for guarding instead of hunting: this is because of its territoriality, very marked and different from that of other breeds. Like all primitive dogs it has equally developed sight, hearing and smell. This allows the Canaan to sense a suspicious presence at a distance 5 times greater than that found with other breeds.

Selected to be a perimeter guard dog, therefore to patrol very large spaces, the Canaan constantly walks back and forth and carefully searches every corner of what it considers its territory. He is wary of strangers, but very attentive and watchful of both his humans and even house pets.

Canaan likes to be outdoors a lot, but he also likes to be indoors a lot, and right at home he needs his own little space where he can rest quietly.  He is not a very expansive dog, but he gets along well with all the inhabitants of his household.  If there are children he plays with patience, and is happy to be in the company of other dogs or cats, but he can be quarrelsome with other dogs and aggression with subjects of the same sex is probable, therefore early and continuous socialization is essential.  Like all primitive dogs it is very independent.

They do not easily forgive human mistakes: if you often raise your voice and scold him unfairly he may come to no longer trust you.

Appearance of the Canaan Dog breed

The Canaan Dog is a medium sized dog, an adult male can weigh about 25 kg for an average height at the withers of 60 cm, the female as always a little less.  It is classified as a wolfish type, has a solid and robust build, is very well proportioned, has a solid and robust gait, very quick, light, but full of energy.  The tail with high hairline, equipped with very abundant and thick hair is rolled on the back.  The paws are straight, the hind ones are particularly muscular and slender.

The head is conical, the muzzle is strong, of moderate length and width. The truffle is black. The almond-shaped eyes, slightly oblique, are dark in color, the eyelids have black contours. The ears are attached low and make the muzzle look much wider than it really is, they are carried straight and have slightly rounded tips.

The hair of the coat ranges from short to medium, is rough to the touch and is slightly shaggy. It has a thick and abundant undercoat. The colors of the coat range from sand to red-brown, white, black or spotted with or without a mask.

The Canaan is generally a breed that does not present particular pathologies; it is a dog that hardly falls ill, but if subjected to bad weather it is very fragile. Therefore it is not a dog to be relegated to the garden, but it needs its own space inside the house.

It is a rustic dog and quite long-lived, its life expectancy ranges in fact from 12 to 15 years. It does not need particular diets if it does enough exercise, but it is not a lazy dog but rather very active.

As far as the care of the coat is concerned, this is a very clean dog that tries to keep itself clean, however a weekly brush should be done, as well as several times a week in conjunction with the moult.

Origin of the internal combustion engine