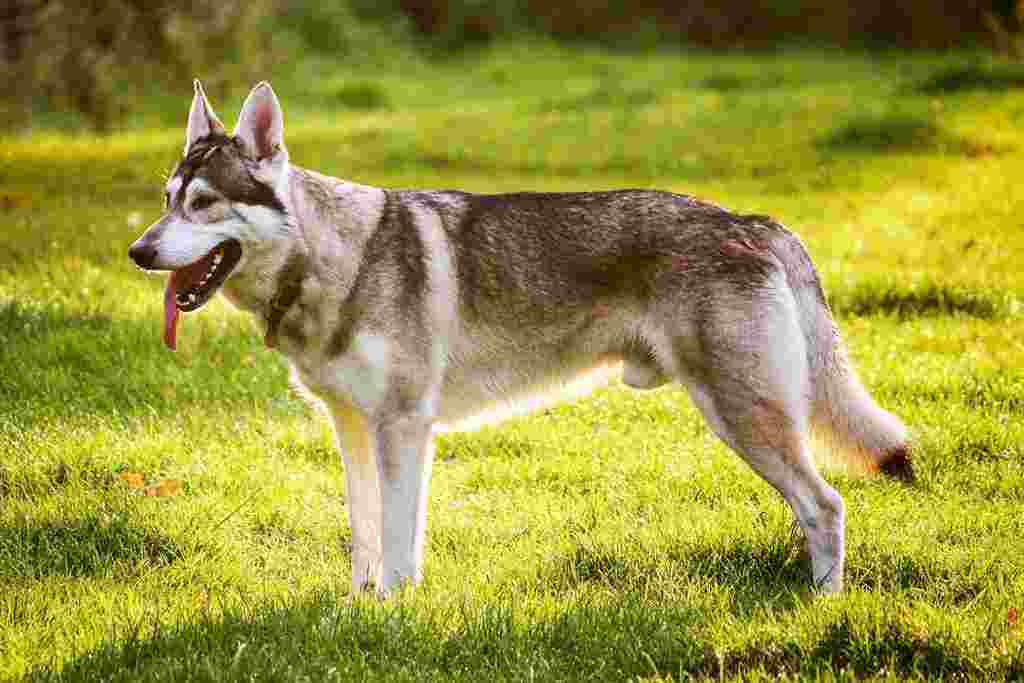 My dear friends, welcome to this new article. Today I will tell you about a beautiful breed the Northern Inuit. If anyone were to notice a certain resemblance to the metalupo of Game Of Thrones he would not be mistaken. The production of this famous tv series, has in fact chosen this breed, whose figure has been appropriately adapted with computer graphics, to play the role of metalupi.

Contrary to what could be inferred from the evaluation of the mere aesthetic form, there is less Wolf within this breed than there is in others, such as for example in Czechoslovak wolf dogs or wolf hybrids. Its Canadian origins, in fact, could be traced to a series of crosses made between the 70s and 80s. These involved breeds such as German shepherd, siberian husky, Samoyed, Alaskan malamute and hybrid wolf.

The northern inuit is basically conceived as a sled dog that is sometimes also used for guarding. The size is medium large and can live up to 15 years of age. They have a tendency to lose hair and therefore are not recommended for those people who have problems of an allergic nature. It is advisable to supervise contact with children, especially if not of your family. He is not an apartment dog and will never be happy locked in an apartment.

This is a dog that has an extreme need to stay in motion and therefore we do not recommend it to elderly people, lazy, differently abled or that in any case, for necessity of life, can not keep it in constant movement. Being a sled dog, he has a strong sense of hierarchy and herd. If socialized properly, you should not have special difficulties with other dogs. It is not a particularly vocal dog but not a silent dog either.

Like many sled dogs they get along very well with humans they are quite dependent on and with whom they are really affectionate. It is not a dog suitable however to follow orders or to a particularly varied training. Sled dogs must have the stubbornness necessary to drag a sled into the ice, the mental solidity to avoid distractions and recognize a limited but unequivocal number of commands.

The master of the northern inuit should be an experienced person who knows how to undertake a path of education and training already at an early age. Should this animal be led by a characterless individual, it may be inevitable that it will eventually become an unmanageable and spoiled dog.

The northern inuit is not the dog’s very popular in Europe and farms around the world behave in a manner quite independent, for this reason it is not possible to have an idea of the price that is decided from time to time by the various breeders around the globe, but especially in the north America. This happens because they are not recognized by any dog club nationally other than that of the specific breed.

It looks aesthetically like a Nordic dog very similar to the Wolf. The tail is thick and well planted on the rump. The hair should be double, thick and dense. The color may be black, gray, brown, fawn and white. The size is quite large and variable, the males start from 51 cm at the Withers up to even 81 cm. Females are slightly smaller, they start from 58 to 71 cm at the Withers. A normal adult male weight reaches 50kg while the female 40kg.

Given the size and appearance, it is not surprising that it was chosen as metalupo for the famous TV series Games of Thrones.

It is a very well proportioned animal, the legs are strong and the rump is level with the base of the neck very strong supporting a very well built and solid lupine head. Eyes can be of any color, preferably dark and arise in a slightly oblique position.

Unfortunately this breed is subject to statistically more recurrent diseases such as hip, elbow dysplasia, glaucoma and other eye problems, epilepsy, Addison’s disease, allergies and cancer. It is therefore of fundamental importance to have a complete history of the parents to reduce the possibility of occult hereditary diseases. In addition, at a young age, it is important to avoid making him strain the musculoskeletal system.

As well as humans, it is recommended to ask the veterinarian for a diet based on specific needs and special analyzes. Although this aspect is often regarded as unimportant, it is of paramount importance to provide adequate nutritional intake so that it grows and thrives in a healthy and balanced way. The feed, preferably dry, must be administered regularly and must undoubtedly be consistent with the intensity of physical activity of the animal.

The hair is naturally water-repellent, a bath every four months is enough as long as you brush with gentle tools at least twice a day. The outer layer of the fur is rustic enough but not rigid to withstand the weather. The undercoat, on the other hand, is very soft and ensures a remarkable resistance to cold.