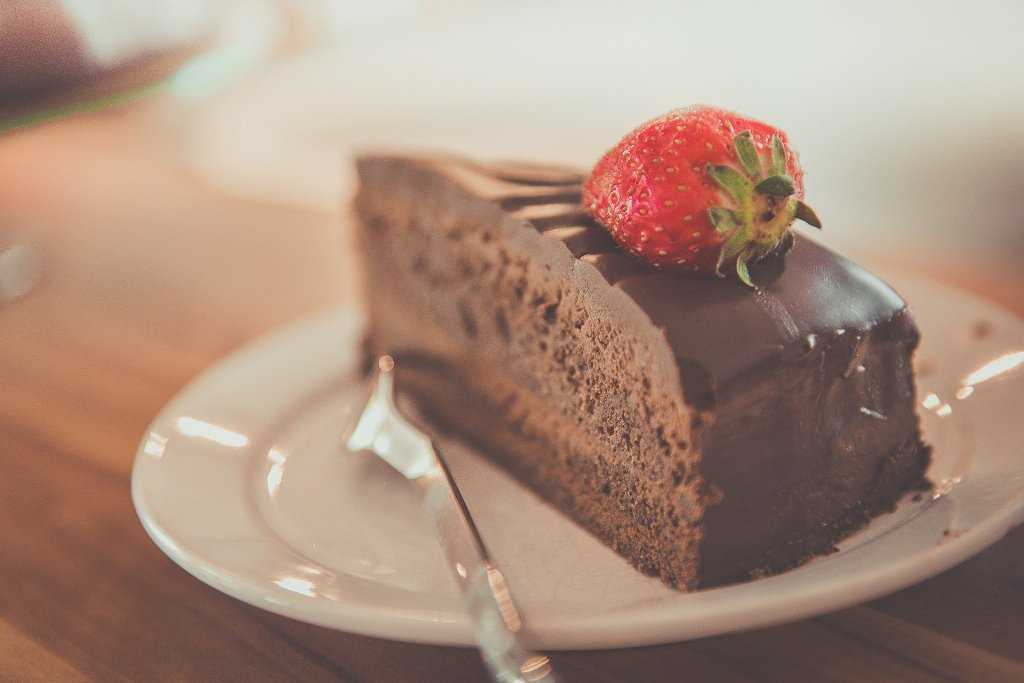 Chocolate cakes,in my opinion, are the tastiest cakes that exist, but beware of calories that are really many, even if you have tried to make lighter chocolate cakes. Let’s start with the classic chocolatedoughnut, the simplest and easiest to make recipe, great for milk-soaked breakfast and children’s snack.

In a bowl, whisk the eggs with the sugar until foamy. Slowly combine the oil and milk, mixing well. Add the flour, baking powder sachet, bitter cocoa and vanilla aroma, mixing all the ingredients with a wooden spoon.

Prepare the doughnut mould by passing a little butter and flour, put the mixture in tothes and in the oven already heated to 160 cook for about 40 minutes. To make sure that the doughnut is cooked perfectly, we usually proceed to the toothpick test.

Take a wooden toothpick and tuck it into the cake just past the recommended minutes of cooking. If the toothpick once extracted has remained dry our doughnut is ready to be taken out of the oven.

With this system you control the degree of cooking of all cakes.

Remove from the oven, leave to cool for a few minutes and serve. It’s yummy with a little fresh whipped cream.

This cake lends itself to be stuffed with cream, cream, Nutella or jam.

For this preparation it is necessary to divide the egg whites from the egg yolk. The egg white is snow-mounted, while the egg yolks should be whipped with sugar. Add the butter, continuing to stir to avoid the lumps: When the butter has melted, slowly add the flour and cocoa and the sweet yeast sachet, slowly putting the milk to prevent the mixture from becoming too thick. At this point add the snow-mounted egg whites by combining the mixture with a wooden spoon and working from the bottom up to prevent the egg whites from dismounting.

Pass the butter and flour on a cake tin of 24 cm, put the mixture, level well and put it in the oven already hot at 140 degrees for 45/50 minutes.

Let the cake cool for half an hour, at this point you can cut it in half to stuff it with what you like. Place the top of the cake on the bottom after stuffing, dust the surface with icing sugar and serve on the table.

This is my favorite as chocolatecakes. And also beautiful to see and lends itself very well to serving as a birthday cake

First, melt the dark chocolate with the butter in a saucepan and add the cream, then let it cool.

Eggs should be divided between egg whites and egg yolks. The egg yolks beat with the sugar until they form a frothing mixture. When it’s cold add the chocolate with the cream and butter we had prepared before. Now let’s add the flour, the yeast bag and the potato starch.

We put the egg whites that we had separated and once assembled join the ready-made mixture working everything with a wooden spoon and stirring from below on up so as not to disassemble the egg whites.

The cake mixture is ready, now butter and flour a cake tin of about 26 centimeters and after putting the mixture and leveled well, put in the oven already hot at 180 degrees for about 45 minutes.

Allow the cake to cool completely. In the meantime, prepare the filling by mixing mascarpone and nutella together until you get a homogeneous mixture.

When the cake has cooled, cut it in half and spread half of our Nutella and mascarpone mixture on the lower surface. Close the cake with the top and the remaining mixture spreads on the surface of the cake. In this way you get a basis to write maybe with cream the greetings. That’s why I told you that this cake is suitable for birthdays. You can add marzipan flakes that are found in all supermarkets, or chocolate chips or other garnish to taste.

This is a variation of the classic paradise cake. It is soft and fluffy it literally melts in the mouth.

With the electric whips or with a planetary, whip the sugar, butter insmalling and vanilla. This compound needs to be worked a lot to make it foamy and soft. Then one at a time put the eggs until fully absorbed. At this point add the bitter cocoa, flour, potato starch and baking powder sachet. If the mixture is too thick, add a few drips of milk.

Sprinkle and flour a 26 cm cake tin and put the mixture in to the surface.

Bake already warm at 180 degrees for 30 minutes. Check the cooking with a wooden toothpick and then take it out of the oven sprinkle with icing sugar and serve. It is also great stuffed with cream cream and nutella. This is also great for making a birthday cake.

The sacher cake I think is the most famous chocolate cake in the world. It is of Austrian origin and is known and appreciated all over the world. The original recipe is said to be secret, but it is cooked all over the world with various recipes that are almost similar to each other with only a few minor modifications. Anyway, they’re very good.

For the final cover of the cake you still need:

The first thing to do is to melt the dark chocolate in a saucepan placed on top of a container with boiling water.

Whisk the butter with 80 grams of sugar until smooth. At this point divide the egg yolks from the egg whites and add them to the mixture one at a time. Mix well, now add the melted chocolate and flour.

Put the mixture in a buttered and floured cake tin and after leveling it well bake at 180 degrees in the oven already hot for about an hour.

When it is cooked let it cool completely, perhaps putting it in the refrigerator after it is a little warm.

Once cooled, cut it in half horizontally and spread the apricot jam all over the inside of the cake Cover with the other half, put back in the refrigerator and now move on to the preparation of the cake cover.

Melt the butter with chocolatein a saucepan. In another, melt the sugar with water. When the water boils remove it from the heat and add the melted butter with the chocolate. Put back on the heat and stirring continuously boil again. Remove from the heat and knead with a whisk to thicken the mixture a little more. Leave it at room temperature until it cools.

Let’s move on to the seal of our cake.

Spread the jam spoons on the surface to better adhere to the chocolate cover that you will put on the whole surface, helping you with a knife to smear it evenly. The sacher cake is ready now and tradition wants it to be written over the surface of the sweet word sacher. It is accompanied by a lot of whipped cream.

This recipe is the chocolate variant of one of the most famous American cakes. It can be done both hot and cold depending on the season and it’s yummy in both ways.

A food processor is recommended for this recipe.

Chop the dry biscuits in the mixer and add the butter made to warm and with a spoon mix well.

Line with paper oven a cake tin of 26 cm and put the mixture of biscuits and butter that will be the basis of our cheesecake. Refrigerate for at least an hour.

At this point always in the mixer put the ricotta, fresh cheese, milk and vanilla aroma and eggs. Blend everything not much and add the cornstarch and bitter cocoa.

Meanwhile, prepare the chocolate and let it melt in the microwave or on a low heat, when it is warm to add it to the mixture. Blend it again until you get a homogeneous cream.

Now take the base from the refrigerator and add the cream you have prepared, leveling the mixture and put it in the oven already hot at 160 degrees for about an hour.

While we cook the whipped cream using an electric beater, it is still ready in practical containers that also allow the seals.

Garnish our cake with whipped cream and serve on the table.

This preparation is very suitable for the summer period as it does not require cooking and allows us not to turn on the oven.

for the base we proceed as in the previous recipe with the dry biscuits and melted butter that we will put in a cake tin of 26 cm and we will keep in the refrigerator at least an hour.

For the filling, mix together ricotta and cheese spread with sugar. Then combine the melted dark chocolate in the microwave or in a saucepan over the heat. Allow the chocolate to cool and add it to the mixture, after, add the liquid cream and mix again well so that there are no lumps. Put the mixture in the base we had prepared before and put everything in the refrigerator at least 4 or 5 hours. Before serving, garnish the cake with chocolate flakes or whipped cream.