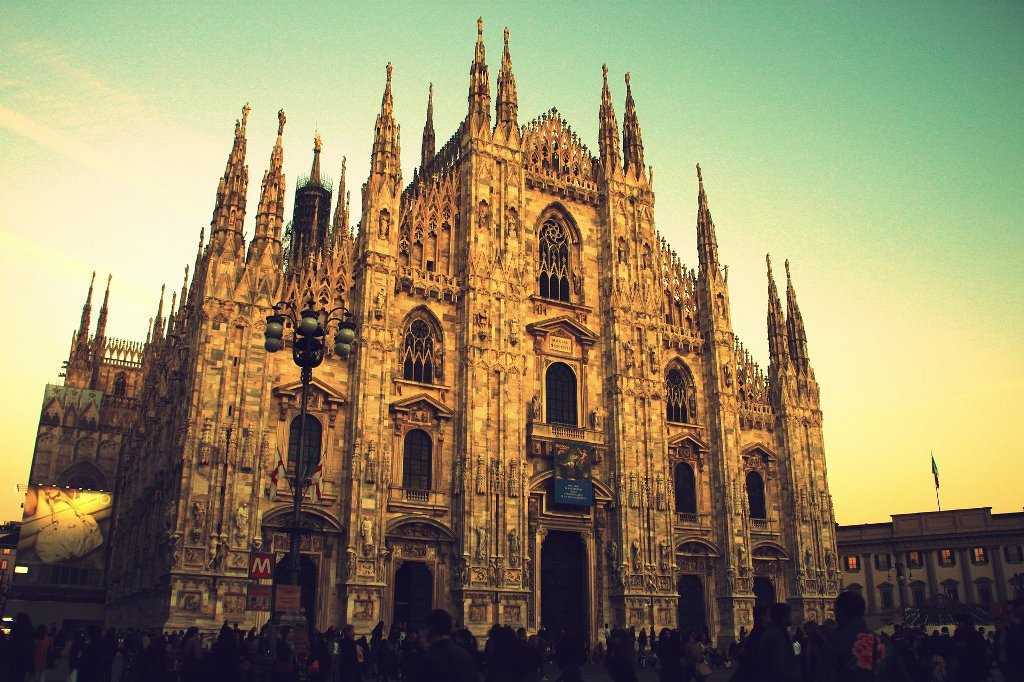 The typical Lombard cuisine has many facets. Having plains lakes and mountains differs a lot from province to province. However, let’s start with the best-known dishes in the world, namely risotto with Milanese and cutlets in Milan. Milan is also home to the famous panettone. Instead, from the other provinces, renowned are the PIZZOCCHERI OF VALTELLINA or even the SBRISOLONA of Mantua. To taste definitely the risotto with perch and the perch in carpon, typical recipes of Lake Como. The appetizers are mostly made up of cured meats and cheeses of which this region is rich. we remember the carpaccio of bresaola which is a typical appetizer of Valtellina.

In a serving tray put a layer of rocket and over the slices of bresaola, trying not to overlap them too much. Now mix the olive oil, salt, pepper and lemon juice in a bowl and with this emulsion wet the slices of bresaola. Above all the flakes of Parmesan cheese. Let the meat taste at least an hour before serving.

The first dish of the Lombard tradition known all over the world. It’s not an easy recipe to prepare even if it looks simple. here the great cook does the difference.

Required for Risotto in Milan

Preparation of risotto in Milan

In a rather large pot put the meat broth and when it boils add the saffron saffron sachet that will give it that characteristic yellow color.

In a large saucepan fry the finely chopped onion with half butter and the marrow, cooking everything over a very low heat and very slowly. After about ten minutes add the rice, stirring often so that it does not stick to the bottom and toast it. Now slowly add the meat stock until the rice is cooked through. Turn off the heat, add the butter and cheese and stir and serve the very hot risotto

First we prepare the PIZZOCCHERI. Then mix the two kneads and knead with a little warm water until you get a smooth and firm amalgam. Flatten the pastry with a rolling pin about 3 millimeters thick to cut into lasagna 5 or 6 centimeters wide and then in the other direction in noodles about half a centimeter wide. Leave them on the floured pavement while you clean and cut the cabbage, which will be put on the heat to cook with plenty of salted water. After about 10 minutes dive the PIZZOCCHERI and cook about 8 – 10 minutes. Drain the pasta and vegetables little by little, placing them in a rather large tin. Sprinkle each layer with grated grana padano and very fine slices of fresh cheese until all the ingredients are used. Finally, flavor the butter with the garlic cloves that should be removed once the butter is melted and put this butter on the last layer of the PIZZOCCHERI. They should be served very hot.

Necessary for risotto with perch

First, in a large frying pan, brown the finely chopped onion in butter along with two chopped sage leaves. When it starts to brown, put the rice and roast it and turn it around all the time.

Blend the rice with white wine and when it has completely evaporated continue cooking the rice with the fish stock or salted vegetable for a fortnight.

Meanwhile, pass the parched fish fillets in the flour and fry them in a pan with butter and sage leaves. Remove the fillets from the pan and dry them on paper towels. In the pan where you have fried the fish fillets add a little butter and let it brown. Once the rice is drained and put in a serving dish add on top the fillets of perch and sprinkle with melted butter. Serve very hot.

Now to the second with the dish that most distinguishes the Lombardy region, the famous cutlet in Milan.

Preparation of cutlet to Milanese

The meat suitable for the Milanese cutlet is the cutlet with the bone cut from a part of the milk calf that is called carrè. It must be at least a couple of centimeters thick.

Before preparing it, take off the nervetti and the furs and flatten with a meat beater. They are salted and passed in the beaten eggs and then inthe breadcrumbs making it stick evenly on the meat. Cook in a pan with plenty of butter until golden on both sides. Dry them with paper towels and after a sprinkling of salt until served immediately very hot. There are those who like to accompany with a slice of lemon.

Necessary for perch in carpon

Preparation of perch in carpon

Wash and dry the parsicfish fillets and season with salt and pepper. Peel the onions meanwhile and chop finely. Clean the carrots and strip them with celery.

In a saucepan with a few tablespoons of olive oil brown the onion, celery and carrots. Add the bay leaf, the bunch of tarragon, half the parsley, white wine and vinegar and bring to a boil, if it is too dry add half a glass of water. Continue cooking until the liquid is reduced in half.

Meanwhile, place the parsing fillets on the bottom and drizzle with the mixture in a buttered baking tin. Bake in an already hot oven at 180 degrees for about 8 minutes.

Bake and leave to cool. The perch in carpon is left in the refrigerator once cold for at least 24 hours. It is eaten cold sprinkled with fine chopped parsley.

Preparation of the SBRISOLONA of Mantua

Chop three-quarters of the almonds in a mixer, pour the butter in to a bowl and knead with the ground almonds. Pour in the flour, cornflour and sugar, mixing the ingredients well. Add the zest of a grated lemon. Finally add the egg yolks and knead the dough with your hands. It should not come a smooth and firm dough but rather coarse. Put the dough in a cake tin, try to crumble it with your hands as much as possible. Put on top of the remaining almonds and sprinkle with a tablespoon of sugar. Bake already warm at 180 degrees for about an hour.

This cake is yummy soaked in wine.

Whisk the butter for a long time, combine the sugar and grated lemon zest. Now add the eggs, 4 whole and 4 egg yolks. Beat them slightly first and mix them a little at a time in the melted butter. At this point add the flour, potato starch and baking powder sachet by slowly mixing the ingredients.

Bake the cake in an already hot oven at 170 degrees for about 45 minutes.